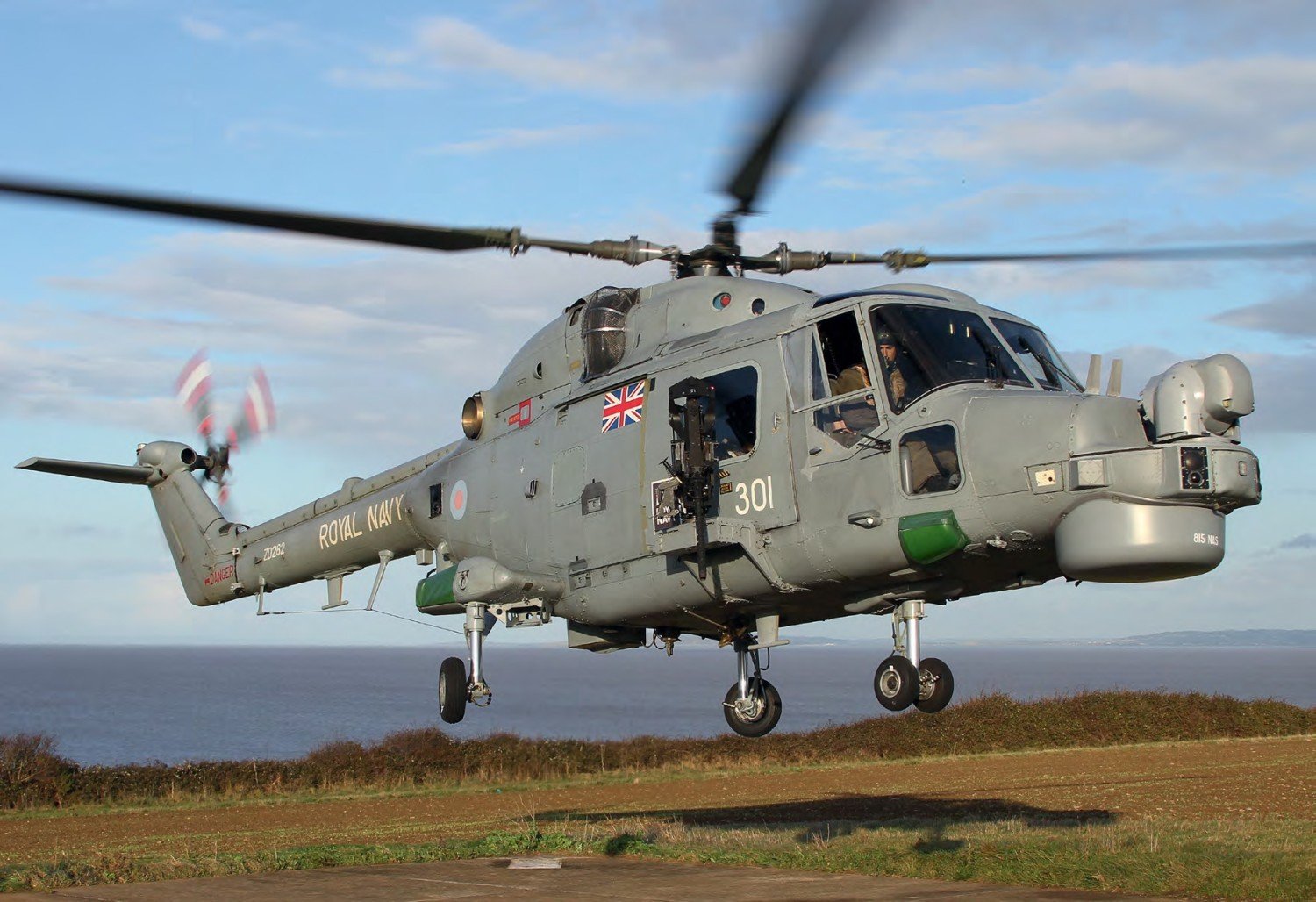 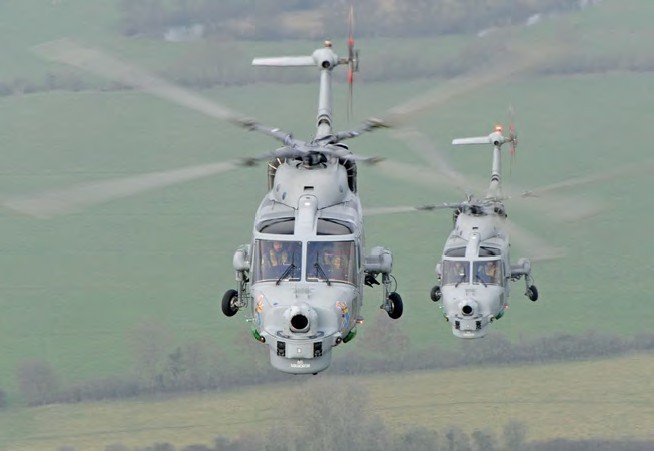 Two of the last 815 NAS Lynx HMA8s during a farewell formation flight on January 26. The aircraft will be stripped down to provide spares for the Wildcat.
Glenn Sands

For those that have flown and maintained the versatile Lynx, March 2017 will be tinged with sadness as the last all- British military helicopter is retired after 40 years.