THE LATEST IN AVIATION HERITAGE

The always impressive pace of arrivals and restorations at Tucson, Arizona’s huge Pima Air & Space Museum has been maintained over the summer, with its Ilyushin Il-2 Sturmovik project now approaching completion. 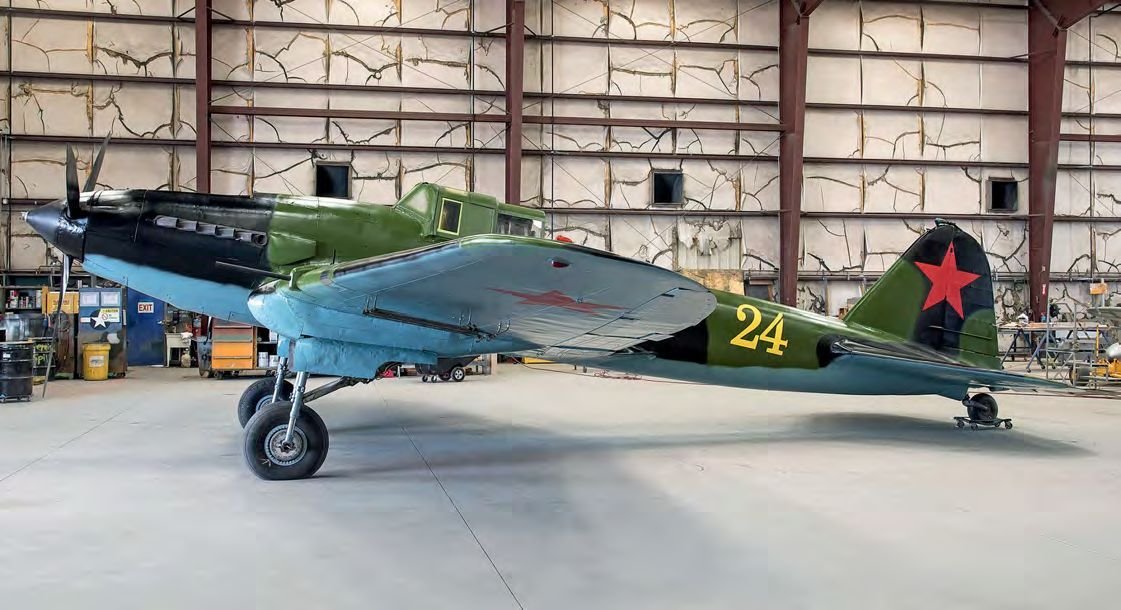 The Soviet aircraft was last seen in our February issue without paint and with its wings removed. The machine – 5612 – has since been reassembled and painted as ‘Yellow 24’. Pima’s Sturmovik served with the 7th Guards Assault Aviation Regiment of the Red Banner Baltic Fleet. It operated in the area around Leningrad during 1943 and 1944 before being shot down into a lake. After being recovered in 1992 it was acquired by Pima in 2002.