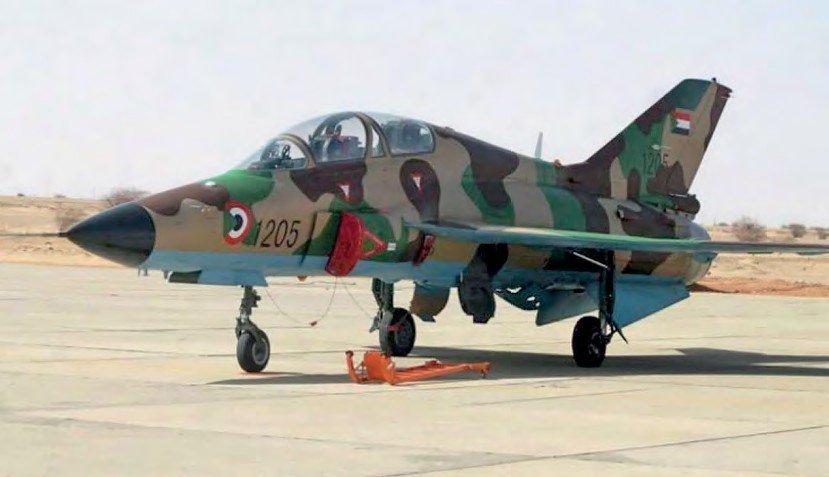 One of six Guizhou Aircraft Industries Corporation of China FTC-2000 trainer jets at Wadi Seidna Air Base on May 16 at a ceremony to mark their delivery to Sudan.
Sudan Air Force

Sudan’s Air Force has taken delivery of six FTC-2000 jets, serial numbers 1201 to 1206, fitted with air-toair missiles and rocket pods for light combat and training duties. The Sudanese Ministry of Defence inaugurated the new FTC-2000 squadron in a ceremony attended by senior Sudanese military and Chinese diplomatic figures on May 16 at Wadi Seidna Air Base 14 miles (22km) to the north of Khartoum. The aircraft were built by China’s Guizhou Aircraft Industries Corporation and marketed by the Aviation Industries Corporation of China, which confirmed the Sudanese order in November 2016. Sudan is the only known non- Chinese customer for the FTC- 2000, which is the export variant of the JL-9, in operation with both the People’s Liberation Army Air Force and Army Naval Air Force. Sudan’s first aircraft rolled off the production line on June 5, 2017. Sudan already operates the Chengdu F-7 on which the FTC-2000 is based, making the acquisition a sensible one in terms of logistics and spares. Guy Martin