United States-based start-up Exosonic aims to have a Mach 1.8-capable airliner in service by the mid-2030s. As projects aiming for similar continue to fold, Paul Eden discovered the passion driving this firm’s ambitious high-speed plans as it streaks towards to its goal 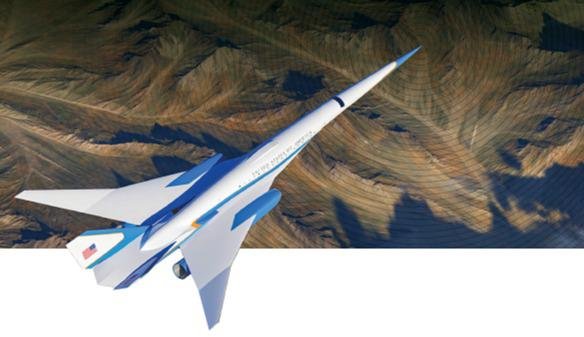 As part of the Exosonic’s most recent AFWERX effort, the firm released this digital rendering of a concept wearing the USAF’s traditional white, blue and gold scheme associated with executive travel. Although this configuration is not representative of a production aircraft, it gives an impression of the long, thin nose associated with low-boom supersonic flight
All images Exosonic unless stated

Exosonic’s CEO Norris Tie has dreamt of supersonic commercial flight since childhood. “I was passionate about aerospace,” he revealed. “As I got older, I decided I wanted to go out and build stuff, I didn’t want to sit behind a desk all day, although later I learned that aerospace engineering means a lot of behind-the-desk work anyway!”