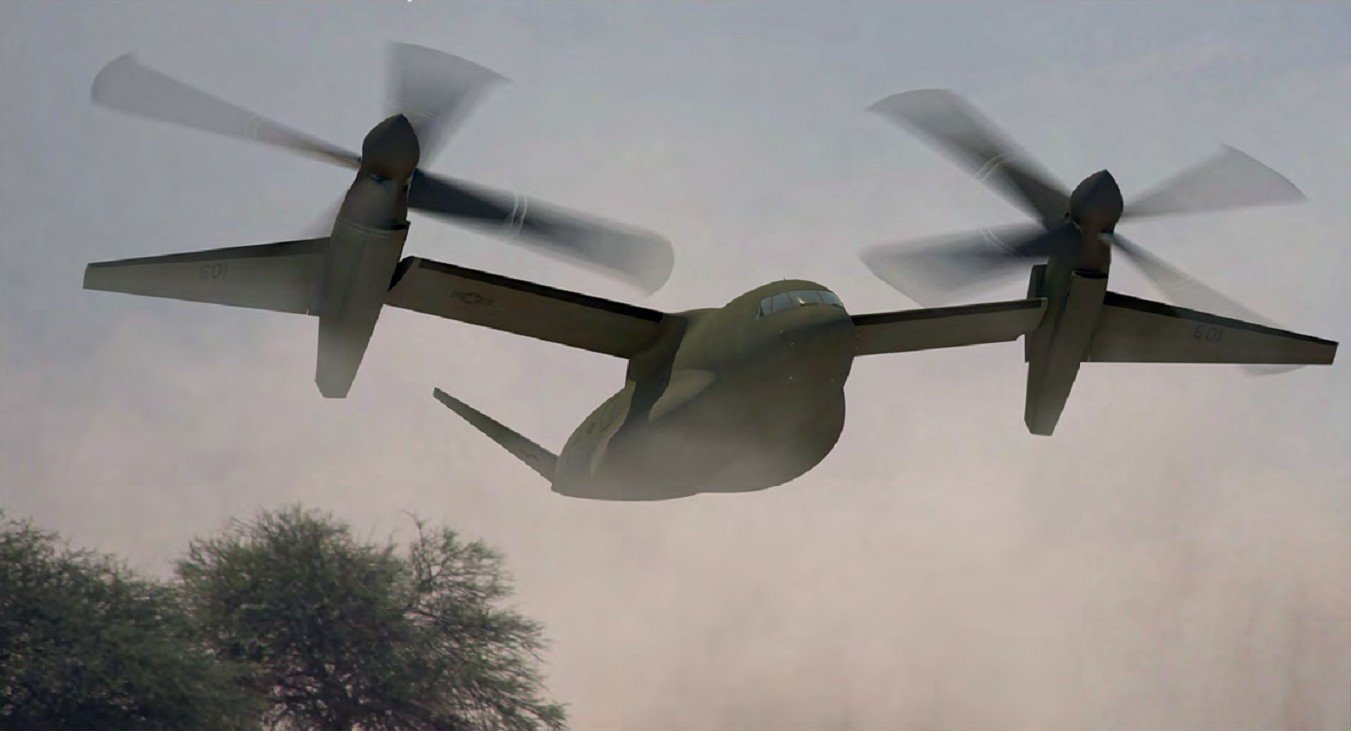 Karem’s optimum speed tiltrotor system is a clean-sheet design that is participating in the FVL JMR-TD. Karem Aircraft Inc

IN A surprise move, the US Army has announced its interest in a new attack-reconnaissance rotorcraft, potentially leading to a competition between two designs by 2022–2023. On June 22, the new US Army Futures Command issued a draft request for information (RFI) for Future Attack Reconnaissance Aircraft Competitive Prototypes dubbed FARA CP.

Today, the US Army is managing the joint-service Future Vertical Lift (FVL) programme, intended to replace the US military’s current legacy helicopters with a next-generation family of hightechnology rotorcraft. The FVL is not expected to enter production until the 2030s, though the Army has said that with additional funding it could be brought forward to the mid-2020s, a potential move that has gained support from industry (which to date has invested $1 billion in the programme), Congress and the Defense Department, but so far no additional appropriations (it is funded at $125 million in the current budget request). The US Army has included the FVL programme as number three in its top six modernisation efforts. As recently as this spring, the Army was undecided as to which of the five FVL capability sets would have highest priority. The FARA CP RFI appears to ask for rotorcraft designs that are – though this is not explicitly confirmed – basically the same as FVL Capability Set 1, a light attack/scout rotorcraft.

Apparently (the Army has not said why it changed its priorities), the US military’s need to be prepared for a high-end conflict against a peer competitor has led the Army to announce this RFI.

The Army wants to complete its FARA CP system requirements review in 2019 and issue four to six contracts for preliminary designs. Industry will have nine months to respond (suggesting that the Army is interested in a current or rapidly modified design). The Army will then decide on two competitors in 2020, have a prototype for each proposal built and flown in 2022 and may – the document stresses there is no guarantee – award a contract to the winner in 2023. At this point, the winning design is expected to achieve initial operational capability in 2028. The initial production run will be for 100 aircraft, to be followed by a second batch of 100 and full-rate production for 300, for a total production of 500.

Reversing a legacy of failure

Until FARA CP appeared, the Army’s approach to developing next-generation rotorcraft had focused on the FVL programme. The most high-profile results of the FVL have been the Bell V-280 Valor tiltrotor (flying since 2017) and the Sikorsky Boeing SB>1 Defiant compound helicopter (to fly later this year); both were funded as Joint Multirole - Technology Demonstrator (JMR-TD) aircraft in 2014. The FVL programme is also funding other designs that off er new technologies for tiltrotors and compound helicopters. The Army is planning to conduct an analysis of alternatives study of the FVL in FY2019, to be followed by drafting, review and approval of a requirements document, which would enable a request for proposals (RFP) by FY2021.

The relationship between the FARA CP and FVL has not yet been spelled out. The FARA CP draft RFP did not limit responses to scaled-down versions of the two JMR-TD aircraft (which would give an advantage to the Sikorsky S-97 Raider). Of -the-shelf helicopter designs have been proposed in the past, but none of these met the Army’s demanding requirements, especially for speed and survivability. However, European designs such as the Airbus Helicopters Eurocopter X3 compound helicopter (using an Airbus-designed rotor system to give a 255kts maximum speed) and Leonardo’s AW609 tiltrotor have the potential to meet the Army’s requirement for rapid development. A cleansheet design from firms already participating in the FVL’s JMR-TD such as Karem (with its optimum speed tiltrotor system) or AWX with its compound helicopter design) may catch the Army’s interest, but developing them with the limited time and money likely to be available may prove problematic. 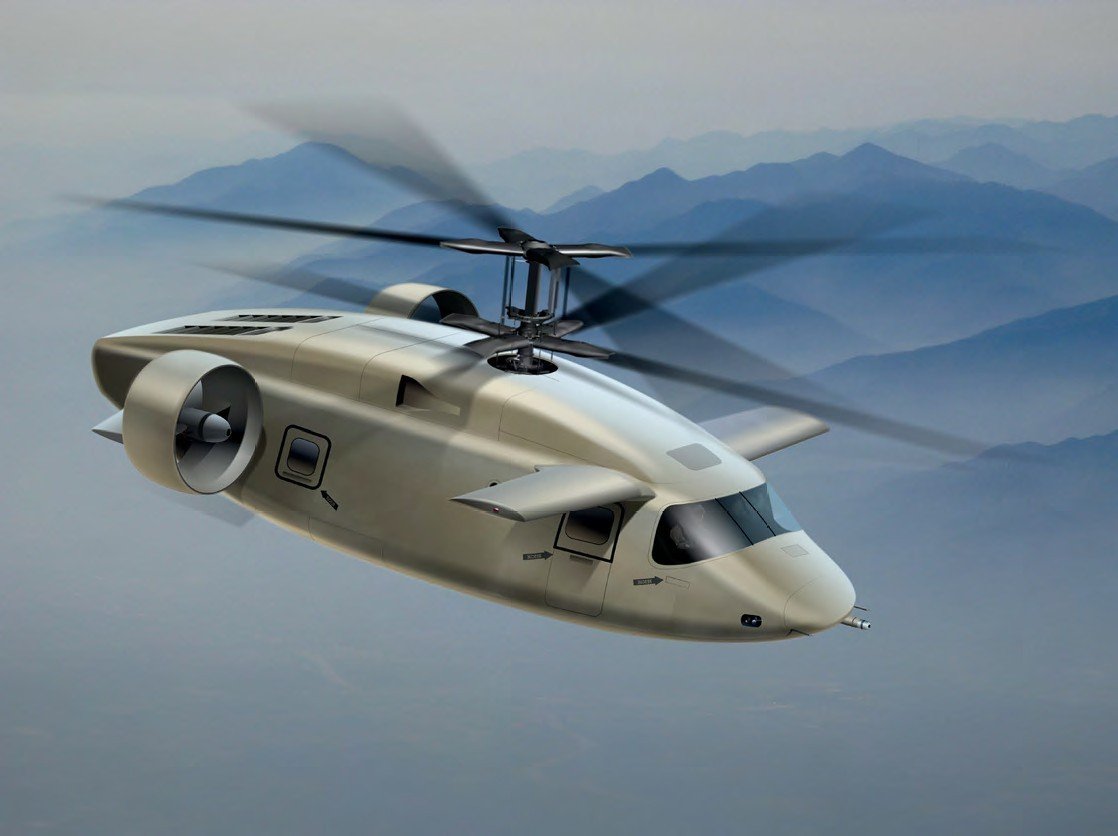 What the Army wants

The Army wants a highperformance small-size aircraft able to, in the words of the draft proposal, “hide in radar clutter and [operate] in the urban canyons of mega cities”. It described the desired aircraft as the “knife fighter of future Army Aviation capabilities”, perhaps an unfortunate choice of words considering the potential mortality of knife fighters encountering gunfighters. The Army’s desire for a helicopter that can “hide in radar clutter” raises the question of whether a FARA CP based on any existing design, including a scaleddown version of one of the JMRTDs, will be sufficiently stealthy.

The Army’s requirement for stealth was among the reasons for the high cost and ultimate failure of the Comanche programme. The Army’s requirement for a design capable of operating for sustained periods without maintenance support suggests that this capability will have to be designed in. It is uncertain whether this is something achievable within the Army’s proposed development schedule.

The FARA CP will be optionally manned. The Army wants rotorcraft able to operate with no crew, a reduced size crew or a full crew depending on mission requirements while able to carry out manned-unmanned teaming with UAVs. Several major programmes are underway in industry, but their ability to meet both Army requirements and schedule is uncertain. 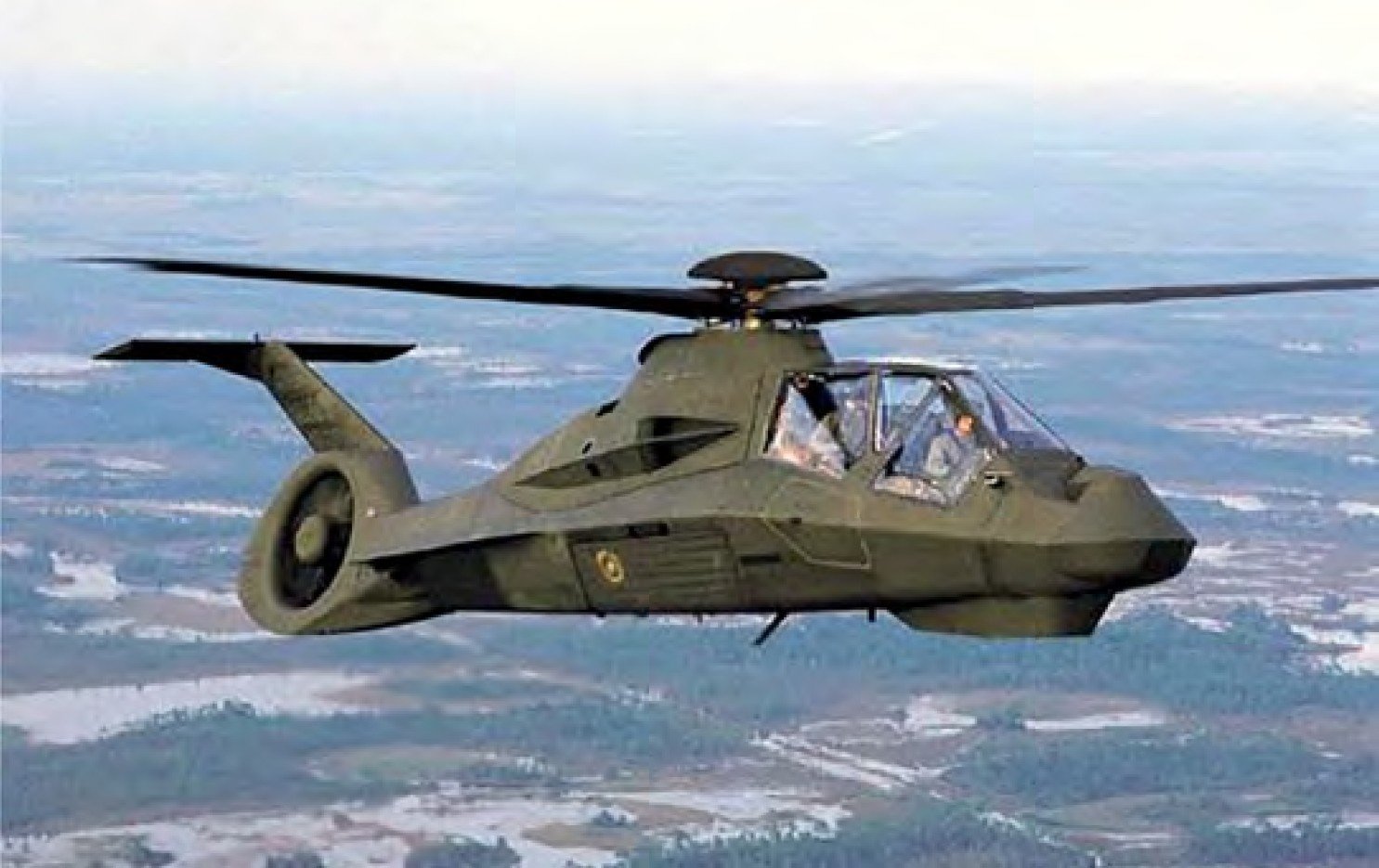 The Sikorsky Boeing RAH-66 Comanche was cancelled in 2004. Sikorsky

The US Army cancelled its Joint Vertical Experimental tiltrotor programme back in 1983. Unlike the other services, the Amy has not procured the Bell-Boeing V-22 Osprey tiltrotor. The Army is, however, the largest user of helicopters in the world. The current fleets of legacy helicopters – the Sikorsky UH-60 Black Hawk, Boeing AH-64E Apache and Boeing CH-47F Chinook – are going to be in service up to 2060. In Washington DC, it appears that, for both the FARA CP and the FVL, the helicopter has an edge over the tiltrotor (despite the fact that relying on a wing for lift permits an extended range and high speeds), as long as the US Army sets priorities for the programme. Yet the Army is unlikely to invest in new rigid-rotor compound helicopter technology until it has been convincingly demonstrated.

Congress is certainly aware of the Army’s legacy of failure. The current uncertainties in the Army’s FARA CP plan, why the Army has changed its priorities and the relationship to FVL will all likely raise questions. The Senate appropriations committee has added $75 million to the FY2019 defence appropriations bill for FARA CP development, but neither the House appropriations committee nor the two Armed Services committees have followed suit in providing additional money. The Army will have to persuade Congress it can do things right this time.