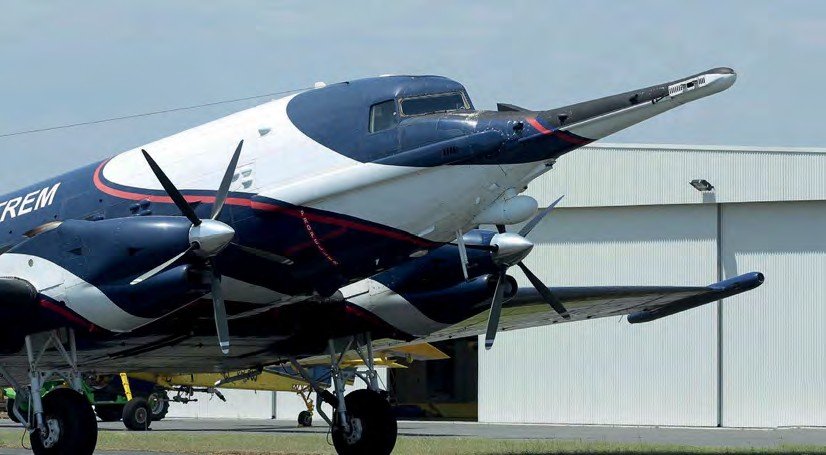 The world does not have too many working DC-3 Dakotas, but a highly modified version has recently arrived in Western Australia to ply its trade. Arriving into Australia from Indonesia, the aircraft stopped over in Broome before heading to Jandakot to be fitted out with aerials and antennas, with cables running from its Pinocchio nose to each wing tip and the tail boom.

Spectrem Air is a world leader in airborne electromagnetic technology and is developing a super conductor magnetic gradiometer referred to as SQUID that will improve the capability of the sensors used in aerial geophysical survey work. Coupled with this, the company has developed an inhouse designed and manufactured Spectremplus platform resulting in the most powerful airborne electromagnetic system in the world. With the size of the aircraft used, they can operate very powerful sensors giving an increased depth of ground penetration to a depth of 800m (2,625ft), while maintaining a high level of detail in the nearsurface geology.