SWALLOWS OVER THE PROVINCE

100 YEARS OF THE ROYAL AIR FORCE 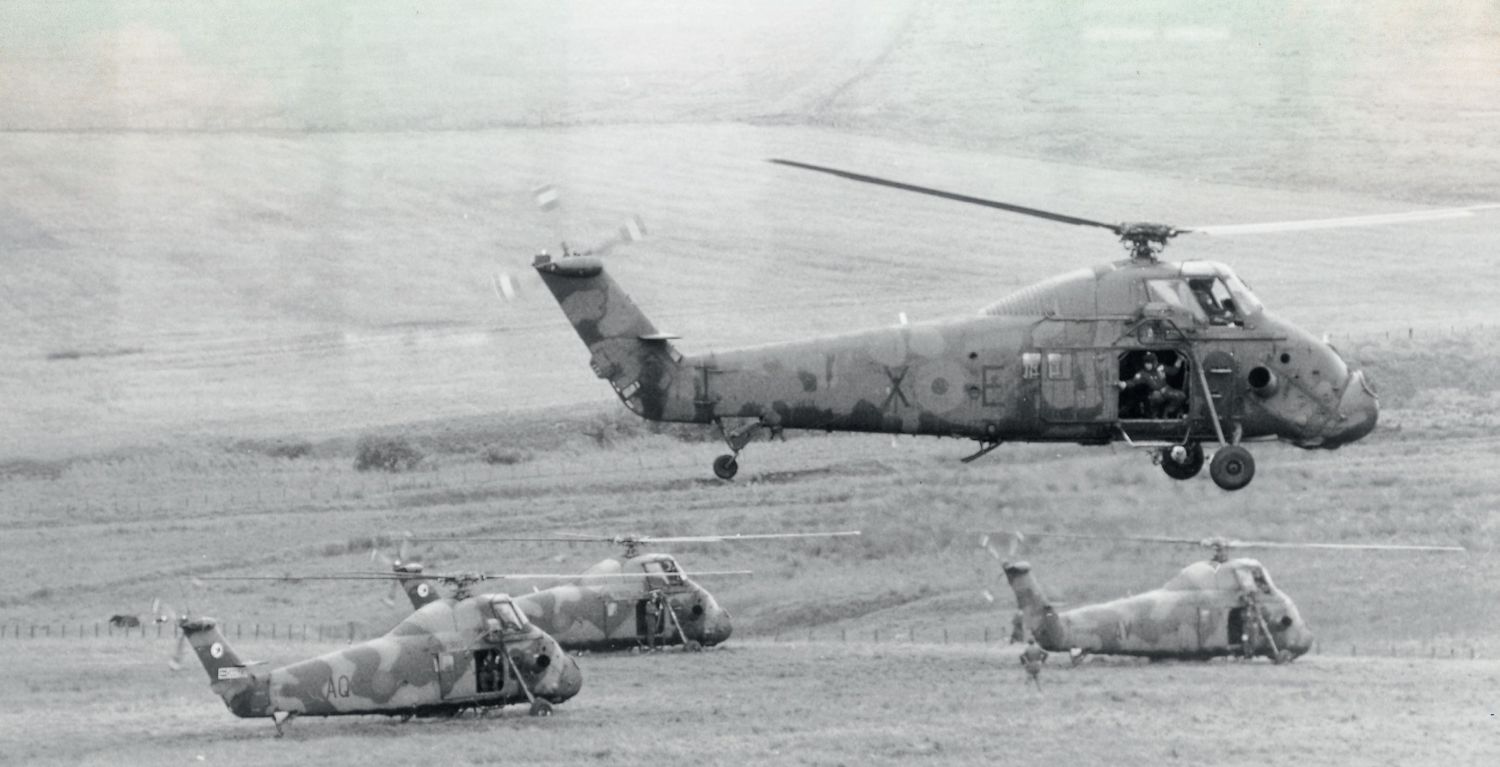 A group of Wessex on an army co-operation exercise thought to be in Northern Ireland. The rear three belong to 72 Squadron. In the foreground is a Fleet Air Arm HU.5.
KEY COLLECTION

On June 14, 1969 a trio of Westland Wessex HC.2 helicopters of 72 Squadron touched down briefly at Ballykelly, before travelling the short distance to Aldergrove, Belfast. At this early stage of what came to be known as ‘The Troubles’, nobody in the RAF could have envisaged that the unit would remain in Northern Ireland for the next 33 years.