After 25 years hanging from the ceiling of the Eurostop conference centre north of Stockholm, Avro Avian SE-ADT was lowered on 17 August and dismantled for transportation to the nearby Arlanda Civil Aviation Collection at Stockholm- Arlanda Airport. Work is now under way to refurbish the rare Avian prior to going on display.

Built in early 1929, the Avian IV was registered G-AAHD on 17 May of that year to A. V. Roe and Co at Woodford. Sold in Sweden during August 1933, the Avian was ferried to Tärna in the far north of the country via London, Paris, Strasbourg, Kassel, Hannover, Hamburg and Malmö by its new owner Sven Svensson. In 1936, SE-ADT was acquired by Hans Peterson of Orsa, who subsequently learned to fly through receiving written instructions from the Swedish CAA. Although owned by Peterson, the Avian was also used by the Orsa Aero Club for flight training. The original Cirrus III engine was replaced with a Gipsy III in 1938. The Avian was modified by the F:a Flygservice company during 1943 with an enclosed cabin and raised rear fuselage decking. A new engine cowling from a Klemm Kl 35 was also fitted.

On 20 April 1947, the Avian was seriously damaged in a crash in Härjedalen province while under the ownership of Allen Widman. He moved the Avian to Södertälje, 22 miles west of Stockholm, where it was to remain stored in a boathouse until the early 1970s. Reportedly, Widman kept the Gipsy III engine in his flat, performing the occasional test-run! In 1972, the Avian was donated to the Arlanda collection, where it was restored. 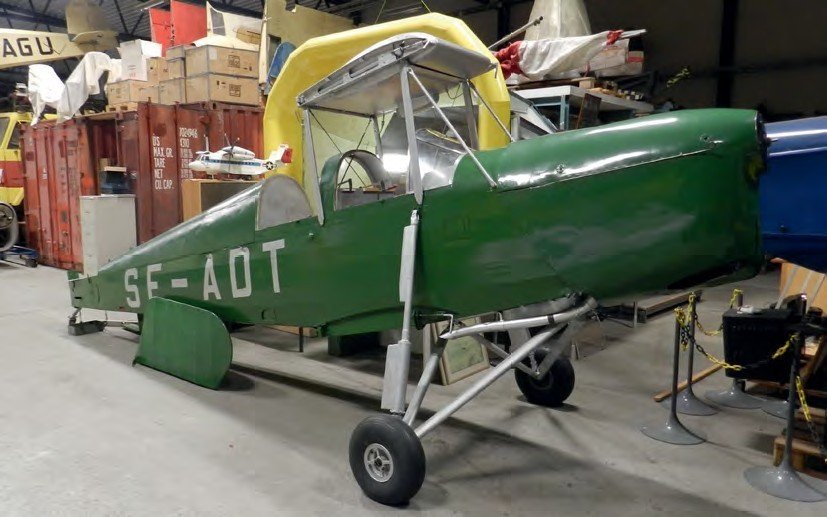