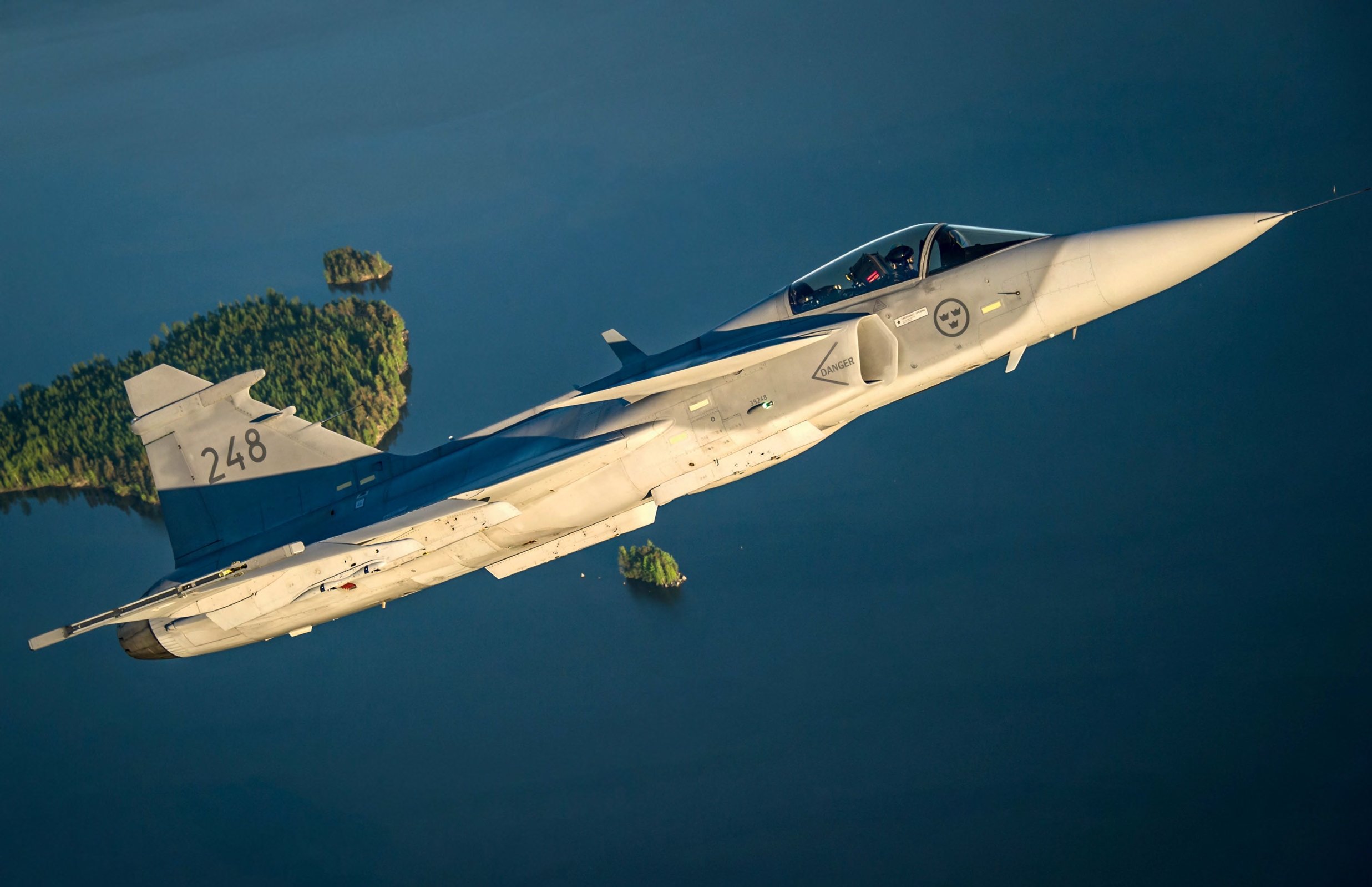 JAS 39C serial 39248 of F 21 ‘Norrbottens’ Flygflottilj at Luleå on an evening mission over one of the country’s many lakes – which number more than 97,500 in all. As Sweden looks to boost its military capabilities in the face of a growing Russian threat, it’s now planned to keep at least a portion of the fleet of around 95 JAS 39C/Ds in service alongside the new JAS 39Es. Rich Cooper

Like most armed forces around the world, Sweden’s military has dramatically decreased in size since the end of the Cold War. The Flygvapnet (Swedish Air Force) has shrunk from ten Flottiljer (wings) in 1990 to just three this year. However, Swedish Defence Commission proposals around its national security policy and military defence development from 2021 to 2025 could see air force growth for the first time in many years.