IndiaFoxtEcho and MilViz have announced the T-45C Goshawk for Microsoft Flight Simulator is now available. 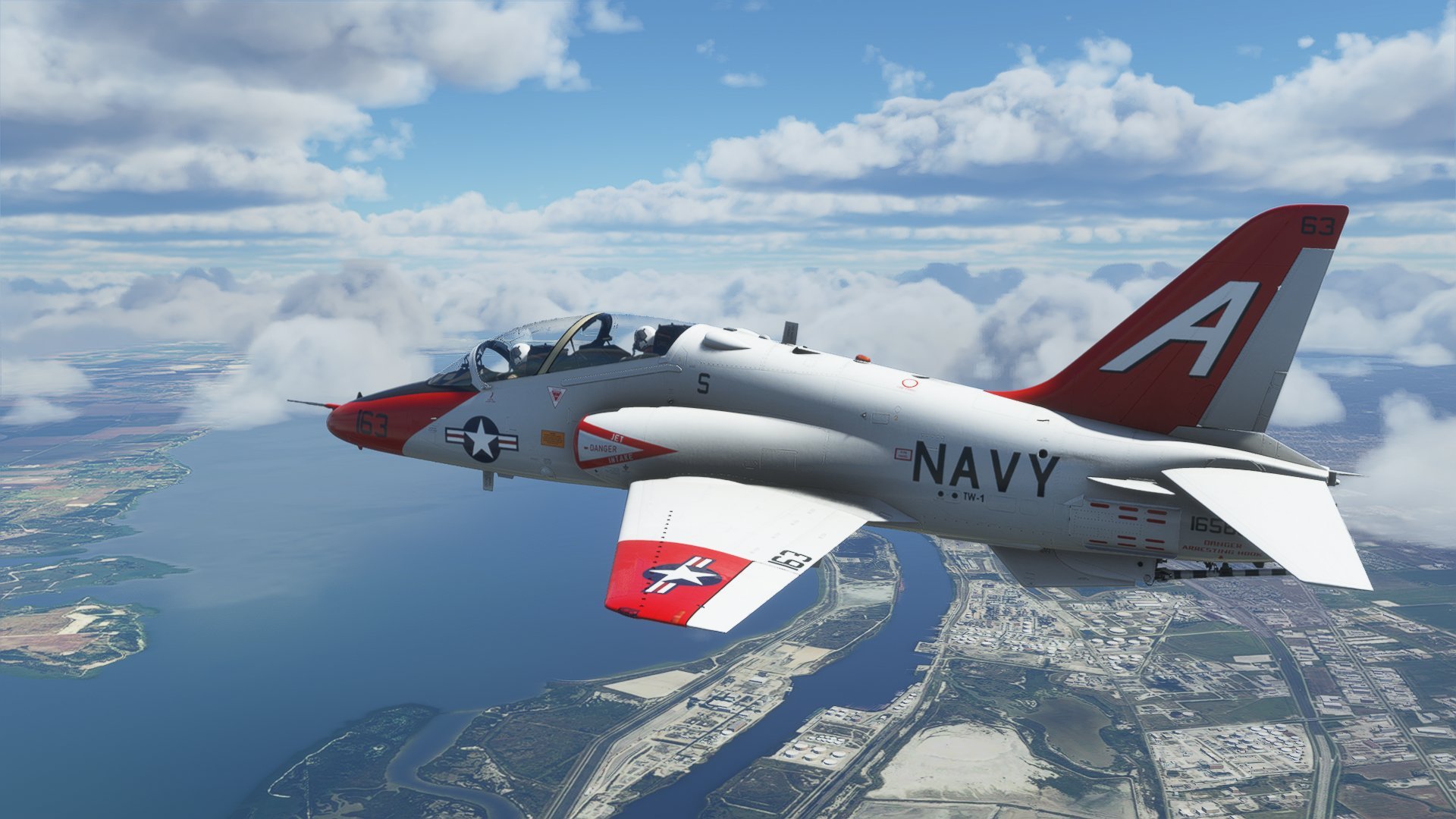 The T-45 began as a joint venture between McDonnell Douglas and British Aerospace in the 1970s to replace the T-2 Buckeye and A-4 Skyhawk as a carrier-capable trainer. It is a highly modified version of the British-built BAe Hawk, making its maiden flight in 1988. Today it is used as a training aircraft by the US Navy and Marine Corps for carrier operations and tactical strike missions.

The T-45C Goshawk for Microsoft Flight Simulator was developed as a collaboration between IndiaFoxtEcho and Military Visualizations. It features a highly detailed exterior model and cockpit, including an instructor seat.