Early August 1986 saw a gathering of more than 70 aircraft from eight NATO countries at RAF Waddington for Tactical Fighter Meet (TFM) ‘86. Dr Kevin Wright talks to a former Phantom crew about one of the largest Cold War exercises held in the UK. 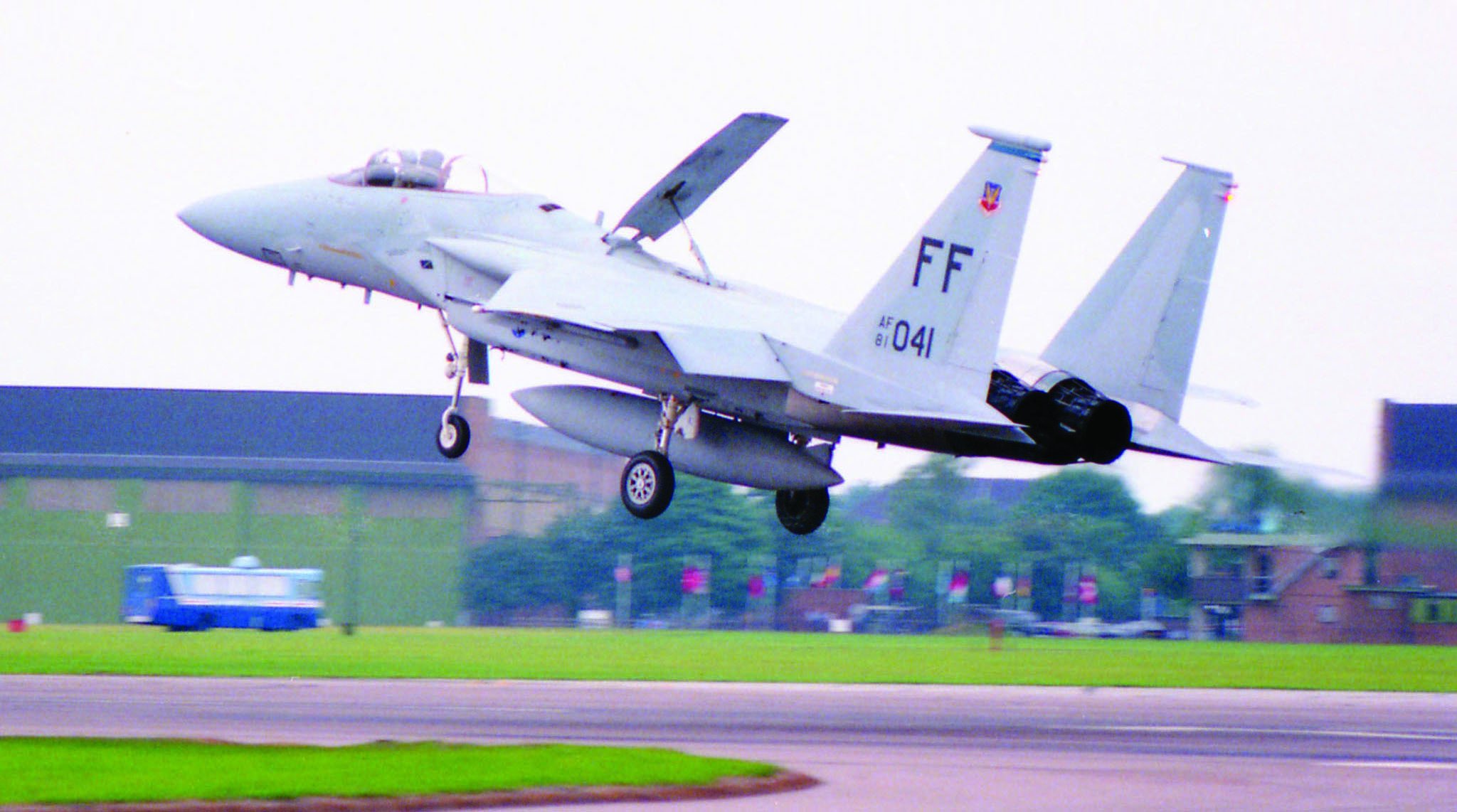 Four F-15Cs from the 1st TFW at Langley AFB, Virginia, including 81-0041, were joined by two from the 36th TFW at Bitburg, West Germany. Ian Glanville

Tactical Fighter Meet ‘86 featured a wide variety of participants from across NATO. Aircraft from the continental United States even crossed the Atlantic to take part. Most unusual were five Strategic Air Command (SAC) FB-111As of the 509th Bomb Wing (BW) from Pease AFB, New Hampshire. Normally assigned a nuclear role, participation in NATO exercises such as TFM was very rare. Six F-16As from the 474th Tactical Fighter Wing (TFW) at Nellis AFB, Nevada and four 1st TFW F-15Cs from Langley AFB, Virginia were also involved. After the exercise, the F-15Cs moved on to Bremgarten in West Germany, via Bitburg, to join others from the 1st TFW for the wing’s Coronet Mohawk deployment.