In 1974, air bases in America were packed with aircraft that are now considered classic types. In this concluding part of Peter Foster’s trip, he and his fellow enthusiasts visit more bases in California and Arizona such as Miramar, Davis-Monthan and Nellis. 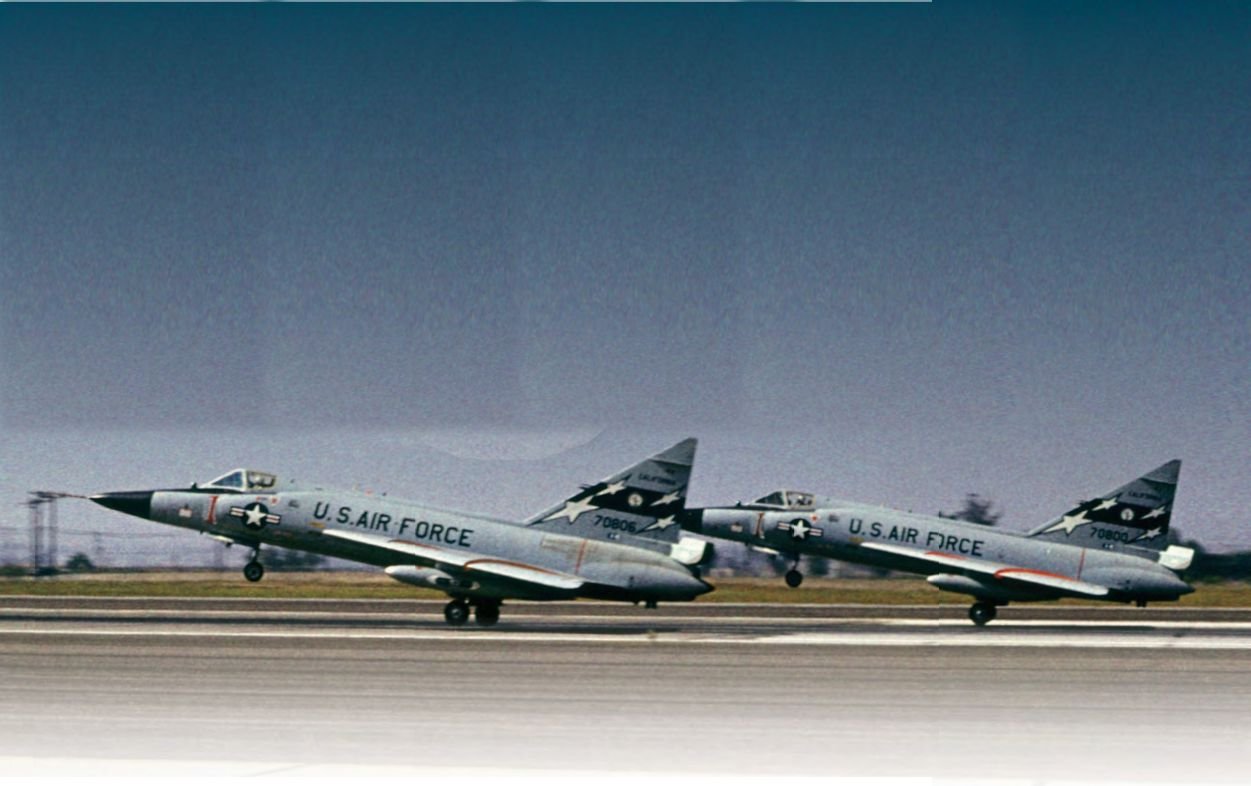 Two F-102A Delta Daggers of the 196th Fighter Interceptor Squadron taking off from Ontario – this was only one of a handful of units to still operate the type in 1974. It received the Delta Dagger in 1965 and flew it for ten years.
All photos Peter Foster

The first port of call on Wednesday, May 1, 1974 was George AFB in California and, under clear blue skies, we walked out onto the ramp where there were 17 Republic F-105G Thunderchiefs of the 561st Tactical Fighter Squadron (TFS). Behind them were 19 McDonnell Douglas F-4C Phantom IIs, 23 F-4Ds and 29 F-4Es of the 35th Tactical Fighter Wing (TFW), plus seven West German Air Force (WGAF) F-4Fs assigned to the 20th Tactical Fighter Training Squadron. What a sight!