The UK may still be working to improve the capabilities of the RAF’s Typhoon – the backbone of the country’s current combat air fleet – and the fifth-generation F-35B is only just beginning to reach the front line, but work is already under way to develop the next generation of fighter. 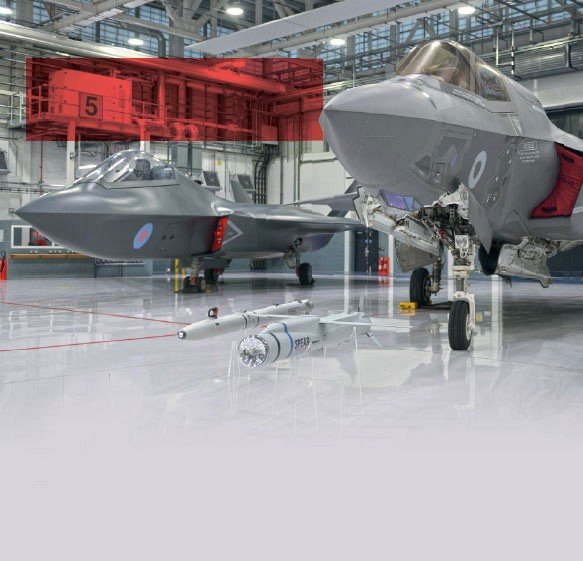 The Tempest mock-up (left) alongside a No 617 Squadron F-35B in a hangar at RAF Marham as the service declared IOC for the Lightning and the ‘Centurion’ Typhoon earlier this year. Positioned in front of the F-35B are a range of current and future air-launched weapons: MBDA’s ASRAAM, SPEAR and Meteor.
Jamie Hunter

The UK announced Initial Operating Capability (IOC) Land (L) for its F-35 Lightning Force and IOC for the Typhoon upgraded under the multirole Project ‘Centurion’ effort at RAF Marham, Norfolk, on January 10. The then Defence Secretary Gavin Williamson declared the F-35 “ready for operations” and noted that “a transformed Typhoon has the power to dominate the skies into the 2040s”. Alongside examples of these jets was a possible glimpse of the future fighter that could replace the Typhoon and complement the F-35B. The project might be in its infancy, but the mock-up of the Tempest manned combat aircraft at Marham was testament to the “ambitious future” of UK air power that Williamson outlined.