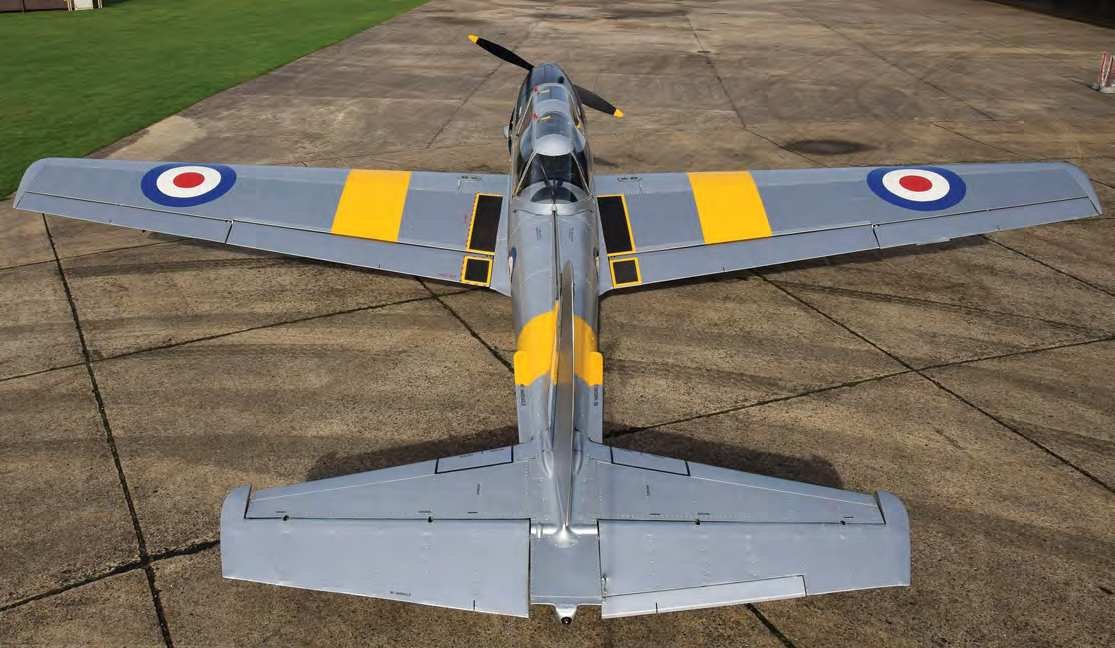 The subject of a long-term restoration at Duxford, which concluded with a maiden flight in December 2015, the Loweth Flying Group’s WK522/G-BCOU is the subject of our Chipmunk walk-around. The overhead rear view offers a good look at the control surfaces, which were originally fabric-covered — and are on ’522 — but can sometimes be metal-covered in the modern day. With cowlings off, we can see the Gipsy Major 10 Mk2 engine, carried on a bearer on each side, and fixed-pitch Fairey-Reed propeller. In the front cockpit, a modern Trig radio and transponder have been fitted, these being visible atop the coaming, while the instrument panels are in primer green versus the service ‘coal-hole’ black.
DAVID WHITWORTH 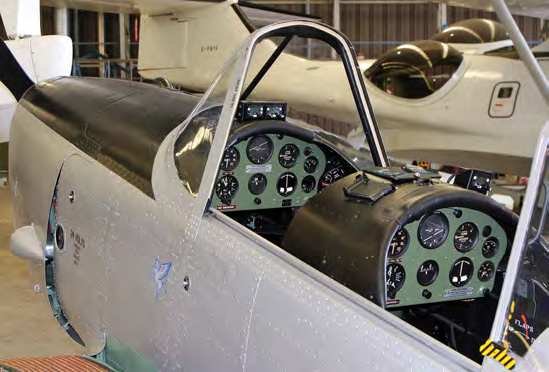 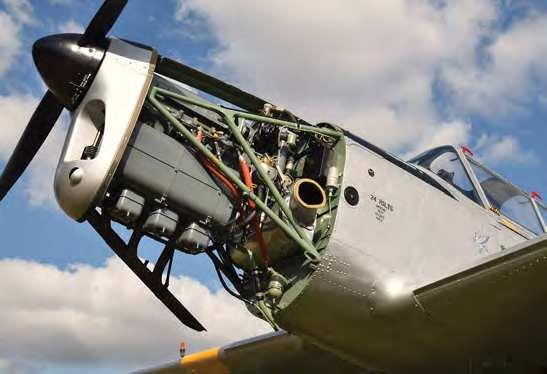 The DHC-1 Chipmunk is a two-seat, single-engine, low-wing cantilever monoplane of metal construction, with full dual controls. The fuselage consists of two major sections. The forward one, which accommodates the tandem cockpits, is built around four main longerons carried on pressed formers. These longerons are interspaced with a series of modified Z-section stringers t distribute the loads over the skin. The firewall forms the front of this section, which terminates immediately aft of the rear cockpit.