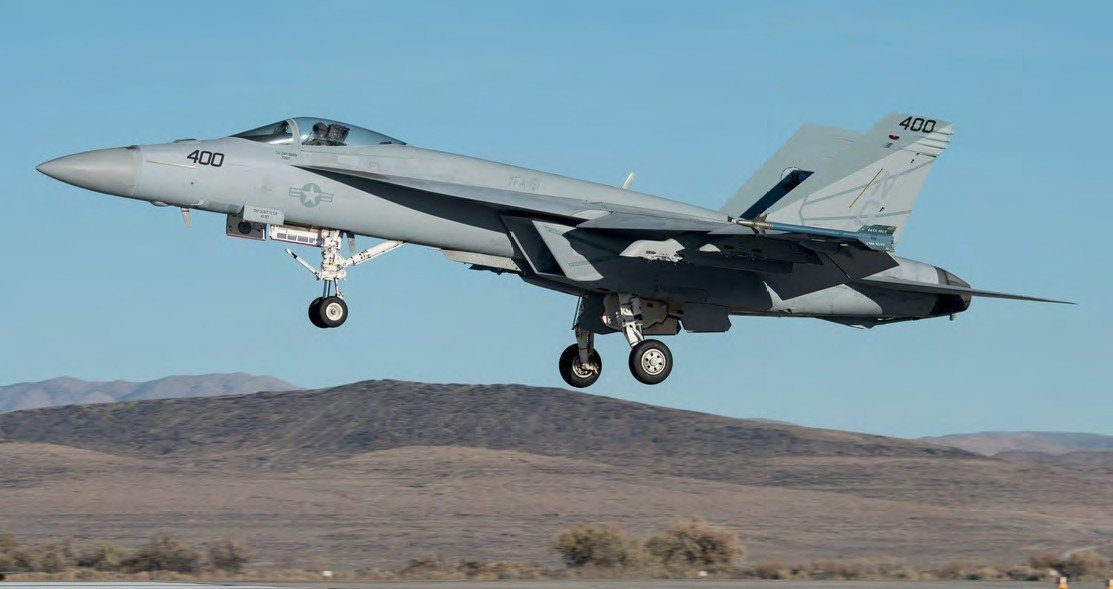 Perhaps indicative of toned-down CAG-bird colour schemes now emerging from paint shops around the US Navy fleet, F/A-18E Super Hornet BuNo 168471/NG400 is the mount of Strike Fighter Squadron 151 (VFA-151) ‘Vigilantes’. The aircraft is seen on final approach to Naval Air Station Fallon, Nevada during a recent deployment there by Carrier Air Wing 9.

RAYTHEON WILL deliver a new range-support aircraft to the US Navy in 2021, a company off cial said on November 28, 2017. The Gulfstream 550 business jet will be modified by Raytheon with an advanced telemetry system that will enable telemetry data to be collected during weapons tests, especially missiles, aircraft, ships and unmanned aerial vehicles, but also will provide range safety and surveillance, as well as communications relay for test platforms.

Raytheon was awarded a $79 million contract by Naval Air Systems Command in the last week of November to provide the mission system for the G550. The advanced telemetry system will be built using existing Raytheon radar and other technology. The G550 will replace Navy NP-3C (formerly NP-3D) Orion aircraft fitted with a large billboard antenna array. The Navy is retiring its P-3 aircraft and needs to replace the NP-3C by 2021. The range support NP-3Cs are assigned to Air Test and Evaluation Squadron 30 (VX-30) ‘Bloodhounds’ based at Naval Air Station Point Mugu, California.

Susan Kelly, site manager of Raytheon in Albuquerque, New Mexico, said the main challenge of the programme is its tight schedule, with the system being developed under a fixed-price contract: “The Navy needed it yesterday.”

The G550 will be delivered to Raytheon as government-furnished equipment with the airframe configured to the Conformal Airborne Early Warning (CAEW) standard as used by Israel and Singapore, which includes conformal antenna arrays. The CAEW aircraft is already certified by the Federal Aviation Administration, and as such will not have to be recertified with the Raytheon suite installed.

A mission suite will be installed on the G550 at Raytheon’s facility in Tucson, Arizona, after which the company will perform integration, flight-testing and training before delivering the aircraft to VX-30.

Kelly said there is interest from foreign nations in the telemetry suite, and that the Navy could use more than just the one it has ordered so far. The Department of Defense has not yet announced a military designation for the aircraft. 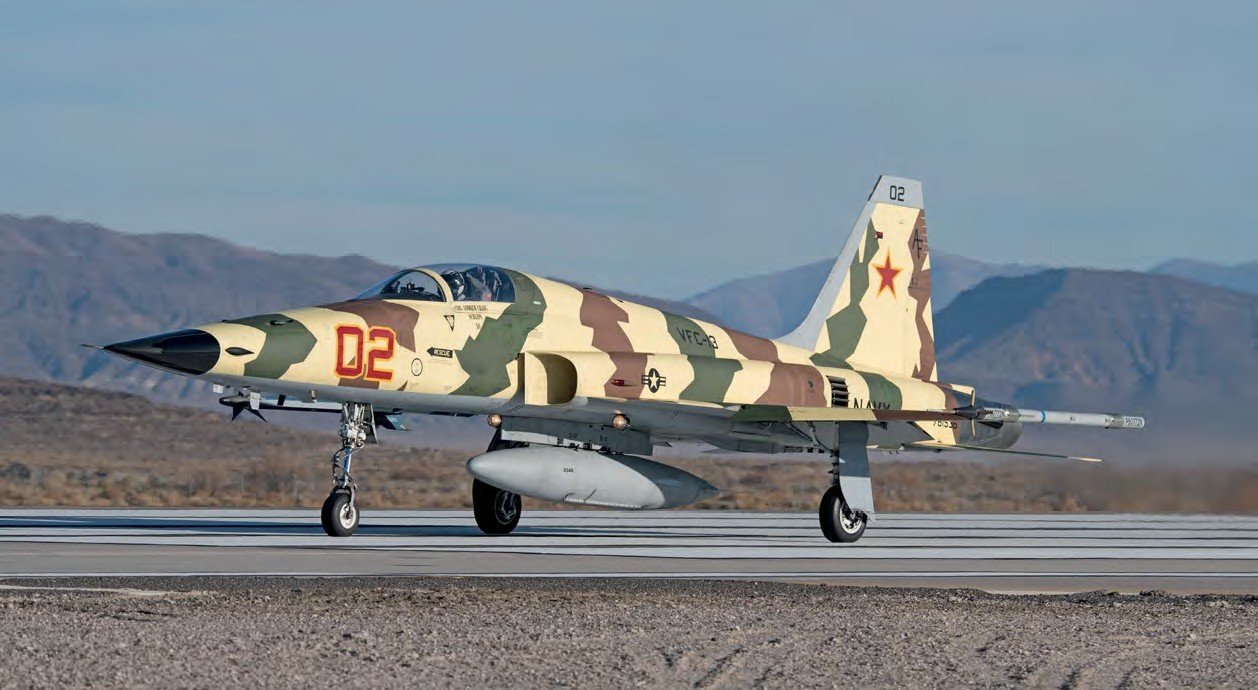 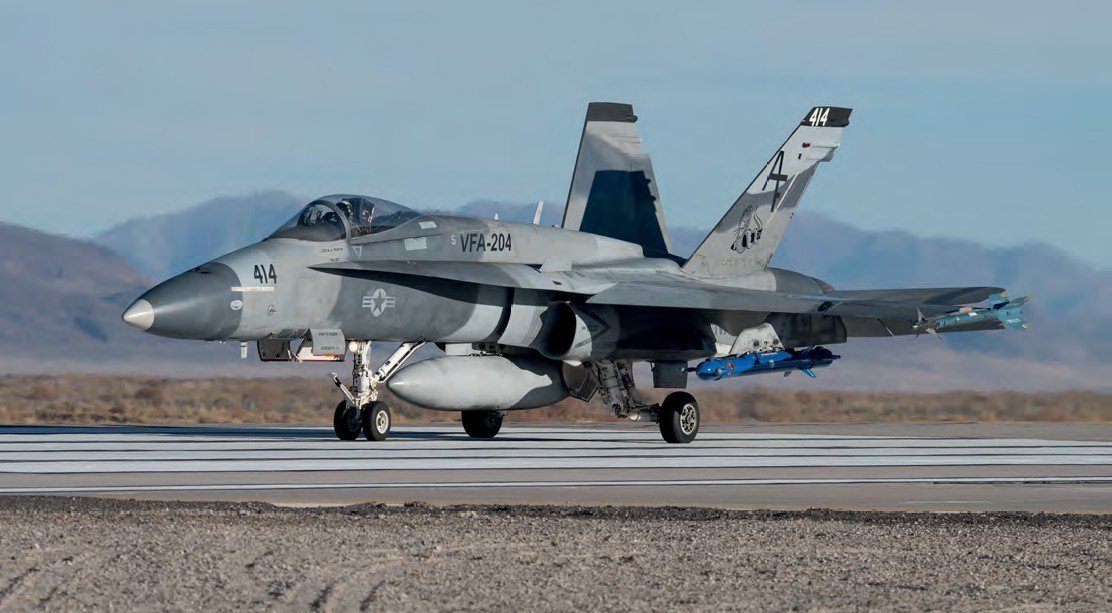 Lockheed Martin announced that its heli-borne electronic warfare pod under development for the US Navy is expected to begin low-rate initial production about 2020. Housed in a pod and designated ALQ-248, the Advanced Offboard Electronic Warfare (AOEW) system is designed to be carried by the MH-60R or MH-60S Seahawk helicopters.

The system will independently detect and distract incoming cruise missiles or act as an extension of a ship’s SLQ-36(V)6/7 electronic warfare system, and uses Link 16 to connect with the shipboard system, and receive threat updates.

On November 29, Lockheed Martin’s electronic warfare programme manager, Joe Ottaviano said the AOEW system would have open architecture and modular subsystems and that the company expects to build up to 18 systems under a future low-rate initial production contract.

Captain Jeff Dodge, programme manager with the Navy and Marine Corps’ Multi-Mission Tactical Unmanned Air System (PMA- 266) Program Office said HSC-22 qualified as safe for flight with the MQ-8B for the LCS in November 2017. The squadron had previously operated the MQ-8B from Perryclass frigates beginning in 2013.

Fire Scout has been deployed from the West Coast to the South China Sea on board the LCS USS Fort Worth (LCS 3), teamed with an MH-60S helicopter. All operational Fire Scouts are maintained in a pool at Naval Air Station Point Mugu, California, from which squadrons draw airframes to equip their detachments on Littoral Combat Ships. 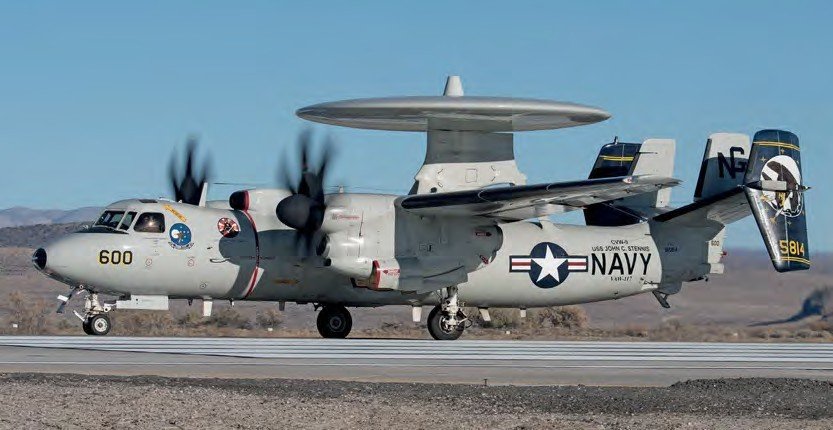