When the British aviation industry started serious investigation into how laminar flow could be maintained in the boundary layer around a new generation of aircraft, it turned to an old one: Avro Lancaster PA474. As things turned out, its time with the Cranfield College of Aeronautics contributed much to its survival 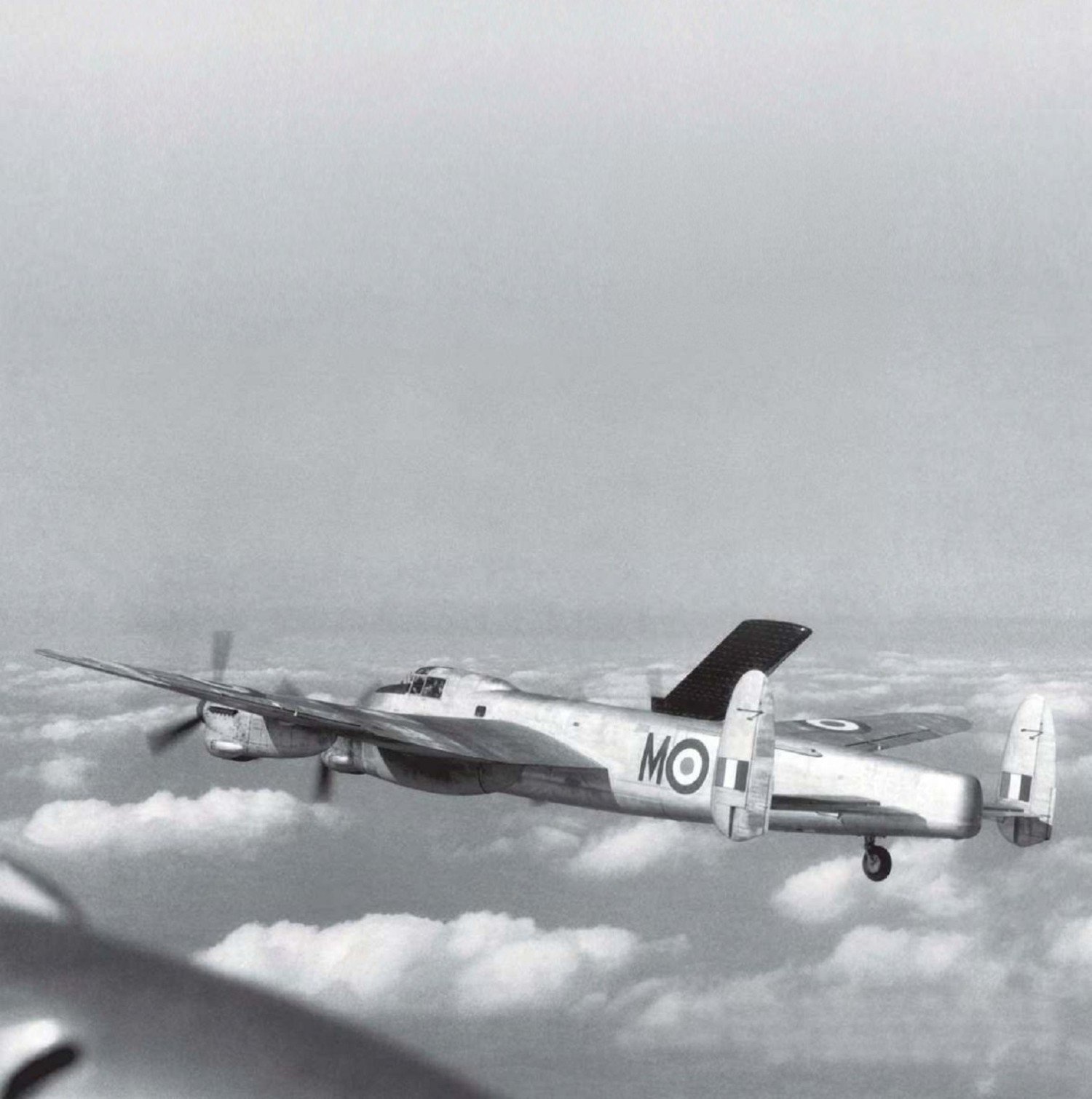 Lancaster PA474 in the summer of 1956, flying with the College of Aeronautics’ experimental 45°-swept wing in the dorsal position. The aircraft retained the faired-over front and rear turrets from its RAF days.
KEY COLLECTION

There is no single occurrence in the history of Lancaster I PA474 that can be cited as the cause of its airworthy survival. Rather, the reason lies in a chain of events. At one stage they happened to ensure that, as so many of its brethren were reaching the end of their service days and meeting the scrap man’s axe, the future flagship of the RAF Battle of Britain Memorial Flight continued to enjoy a meaningful flying career. And that career was with the Cranfield College of Aeronautics.