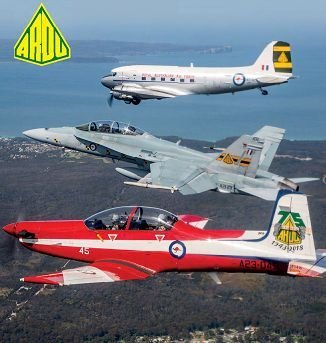 This image: An ARDU PC-9/A flies in formation with former unit aircraft, an F/A-18B and a Douglas DC-3, the latter being owned by the Historical Aircraft Restoration Society in New South Wales. Commonwealth of Australia

The ARDU can count the RAAF’s P-8A Poseidon as a successful product of its efforts, with its operator, No 92 Wing, being a very happy customer. First delivered in November 2016, Initial Operating Capability (IOC) was declared in early 2018 by No 11 Squadron, with an expected total of 15 aircraft set to be fully operational by the late 2020s.