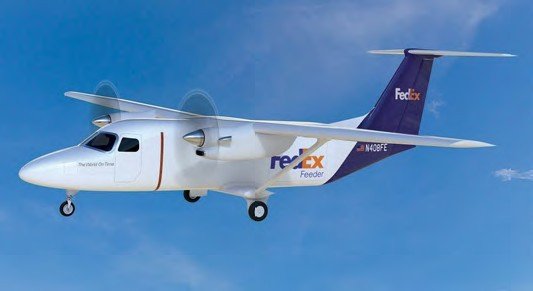 FedEx Express has ordered up to 100 newly launched Cessna SkyCourier 408s as it continues a fleet modernisation strategy.

AN ALL-NEW commercial aircraft will be in the skies later this decade, the Cessna SkyCourier 408. This twin-engine, high-wing, large utility turboprop, launched late in November 2017 by Textron Aviation, will be produced in both cargo and passenger variants. Cargo carrier FedEx Express is the launch customer, having signed an agreement for 50 aircraft plus 50 options. Service entry is planned for 2020.

The SkyCourier 408 has been designed to address the needs of operators in high-frequency markets. The cargo variant will feature a large 87 x 69-inch (2.2 x 1.7m) door and a flatfloor cabin with a built-in roller system. It will be able to carry three LD3 containers and have a 6,000lb (2,722kg) maximum payload capability. In passenger configuration the SkyCourier 408 will have a maximum payload of 5,000lb (2,268kg) and carry up to 19 passengers. It will feature dual crew doors and an aft passenger door to enable efficient boarding and exit, and large cabin windows to maximise the amount of natural light in the cabin. Both configurations will offer single-point pressure refuelling to enable fast turnarounds. The SkyCourier 408 will be 54ft 10in (16m) long, 19ft 9in (6m) in height and have a 72ft (21m) wingspan. The aircraft will be powered by a 1,100shp (820kW) Pratt & Whitney Canada PT6A-65SC with a McCauley Blackmac fourblade aluminium, auto-feathering propeller. Maximum cruise speed will be 200kts (370km/h) and range 900 nautical miles (1,667km) or 400 nautical miles (741km) with a 5,000lb (2,268kg) payload. Take-off field length will be 3,300ft (1,006m) and the service ceiling 25,000ft (7,620m).

The SkyCourier 408 will succeed the Cessna Caravan as Textron Aviation’s utility aircraft designed for high-frequency cargo and passenger operations. The company’s president and Chief Executive Officer Scott Ernest said: “The aircraft will fill a gap in this market segment with its superior performance and low operating costs in combination with the cabin flexibility, payload capability and efficiency only a clean-sheet design can offer.”

Textron said the SkyCourier 408 had been designed in close partnership with FedEx, with Ernest commenting: “With our depth of expertise and proven success in new product development, we were eager to work directly with a world class company like FedEx Express to jointly develop the Cessna SkyCourier.”

FedEx announcing the SkyCourier 408 purchase came just a few weeks after it was announced as the launch customer for the new ATR 72-600 Freighter (see AI December 2017, p6). The purchases are part of an ongoing fleet modernisation at FedEx, which with a presence in more than 220 countries and territories is the world’s largest express transportation company.

Both the SkyCourier 408s and ATR 72-600Fs will be used in the feeder role. Feeder aircraft are classed by FedEx as those with a MTOW below 60,000lb (27,215kg), able to provide a service to small and mediumsized markets. They complement the company’s mainline jet fleet, which comprises Boeing 777Fs, 767Fs, 757Fs, MD-11Fs, MD-10Fs and Airbus A300Fs and A310Fs. Broadly speaking, the concept is the main hubs are fed by the large jets with the feeders then transporting freight along the regional spokes of the network from the hub.

FedEx currently uses more than 300 aircraft in the feeder role, with most owned by FedEx and leased and operated by different third-party companies and operated under their operating certificates.

FedEx Express President and Chief Executive Officer David Cunningham said the SkyCourier 408s would, “play a key role in our feeder aircraft modernisation strategy”, replacing the Caravans the company has used in the role for more than 30 years and slotting in beside the ATR 72-600Fs.

Refleeting with the SkyCourier 408s will enable FedEx to carry more along the spokes from its hubs. With its 6,000lb payload, the cargo variant offers a considerable step-up in capacity from the Caravan, which has a 3,070lb (1,393kg) maximum payload, according to Textron Aviation’s specifications for the aircraft. The SkyCourier 408 being able to carry LD3s is another significant point, as the Caravan does not have this capability and it should mean these containers can be brought off the Airbus and Boeing freighters at the hubs and put straight onto the SkyCourier 408.

Caravans have been used by FedEx for more than 30 years and with the new aircraft the Cessna line will continue with the company for years to come. Mark Broadbent 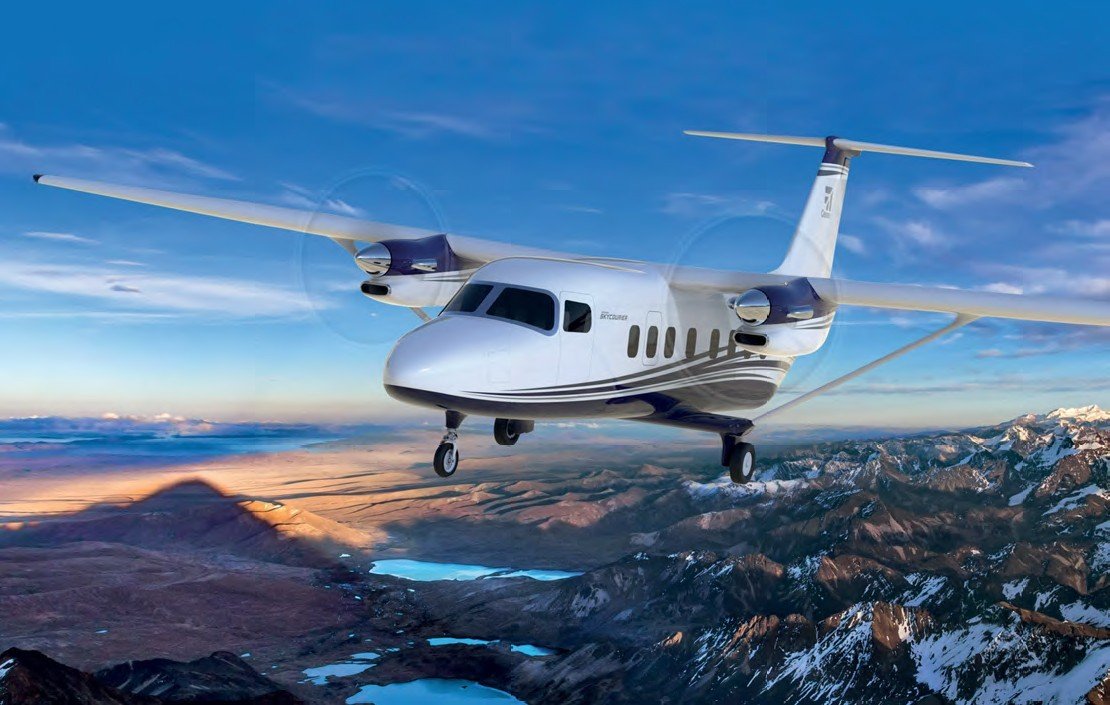 In passenger configuration the SkyCourier 408 will be able to seat 19 passengers, with a separate passenger exit door designed to allow fast turnarounds.
All photos Textron Aviation