The Royal Thai Air Force has unveiled the first prototype of the F-5F Super Tiger (F-5ST), which has been modified by Elbit Systems and Rafael Advanced Defense Systems with new software and hardware. The companies say that following the upgrade the F-5ST can be classed as a fourthgeneration fighter jet equipped with advanced operational capabilities, such as a modern and powerful radar, a sophisticated electronic warfare suite and a glass cockpit conferring high accuracy air-to-ground capabilities and the ability to deploy IRIS-T air-toair missiles in conjunction with Elbit Systems’ helmet-mounted display. Elbit’s contract with the Thai government, signed in August 2017, is worth $96 million. The Royal Thai Air Force currently operates a fleet of F-5E and F-5F Tigers from Bangkok-Don Muang and Ubon-Ratchathani Air Bases. 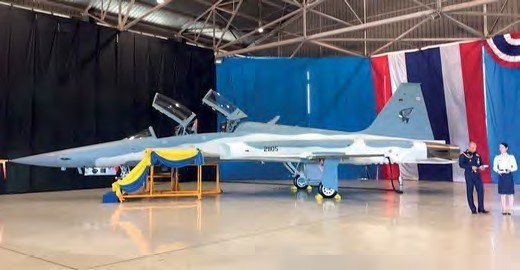