The XB-46’s pencil-slim fuselage was not as wide as the bomber’s engine nacelles. The aircraft’s unique look earned it the unofficial nickname ‘Needle’.
CONVAIR 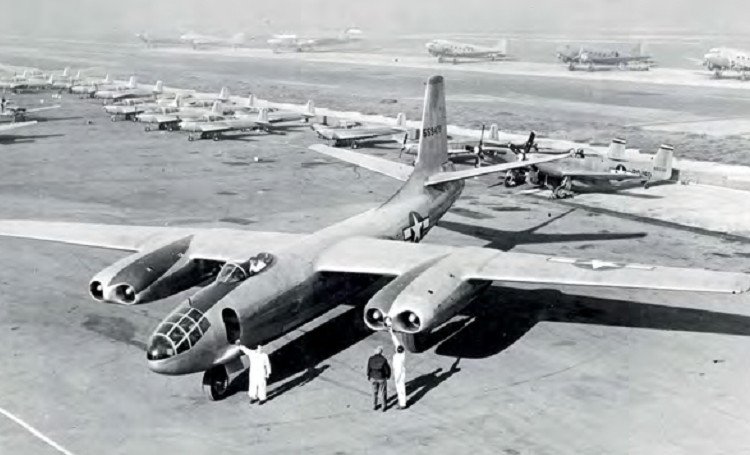 North American’s XB-45 Tornado prototype (serial 55-9479) prior to its first flight on February 24, 1947 from Muroc, California. It would go on to become the United States’ first operational turbojet-powered bomber.
TONY BUTTLER

In mid-1944, the United States Army Air Force (USAAF) had vast numbers of piston-powered bombers on strength. But with the jet age fast approaching, a problem soon appeared on the horizon; the new powerplant would quickly push propeller-driven aircraft into obsolescence. Mindful of this, the US War Department opened a major programme to solicit a jetbomber blueprint from industry in August that year.