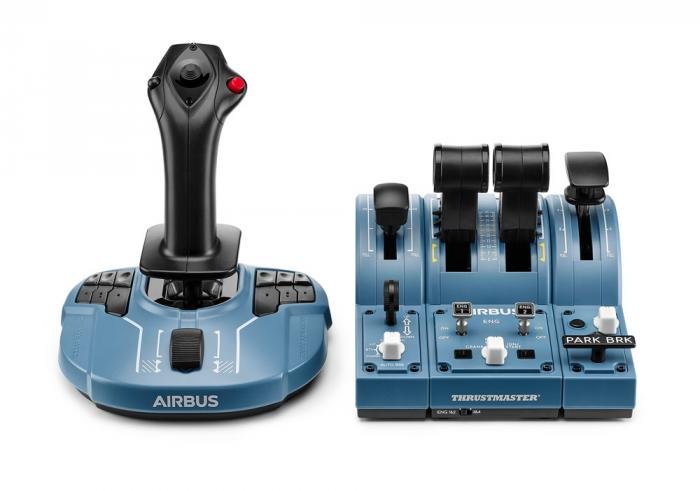 The pack is a replica of the Airbus sidesticks with integrated thrust levers and a thrust reversing mechanism. It uses Hall Effect magnetic sensors with high precision, offering a 14-bit-resolution for the sidestick and a 16-bit resolution for the throttle quadrant.

The stick is ambidextrous with interchangeable button modules to switch between four configurations (right or left seat in an airliner, narrow or wide control stick configuration for smaller aircraft).

The throttle quadrant sports thrust levers similar to those on Airbus aircraft with a thrust reverse mechanism and gates for idle, climb, FLEX and TOGA. It also comes with levers for the speed brakes and the flaps and engine master switches, trim, undercarriage, autobrake and parking. The unit is plug & play and integrates natively with Microsoft Flight Simulator.