Initially unveiled at Flight Sim Expo 2021 in San Diego on September 25, Thrustmaster has provided more detail regarding their new line of products officially licensed by both Boeing and Xbox, designed to replicate the controls of the Boeing 787 Dreamliner.

The TCA yoke is made using an internal metal structure for durability. It features Thrustmaster’s proprietary H.E.A.R.T magnetic sensor technology to provide 16-bit resolution on the main axis, with the pitch axis sporting a 21-cm movement range. Other details include:

It is designed to reproduce the feel of a floor-mounted yoke by replicating the “pendular kinematic movements” of Boeing flight controls by using a floor-mounted/suspended design - reproduced on a desktop. 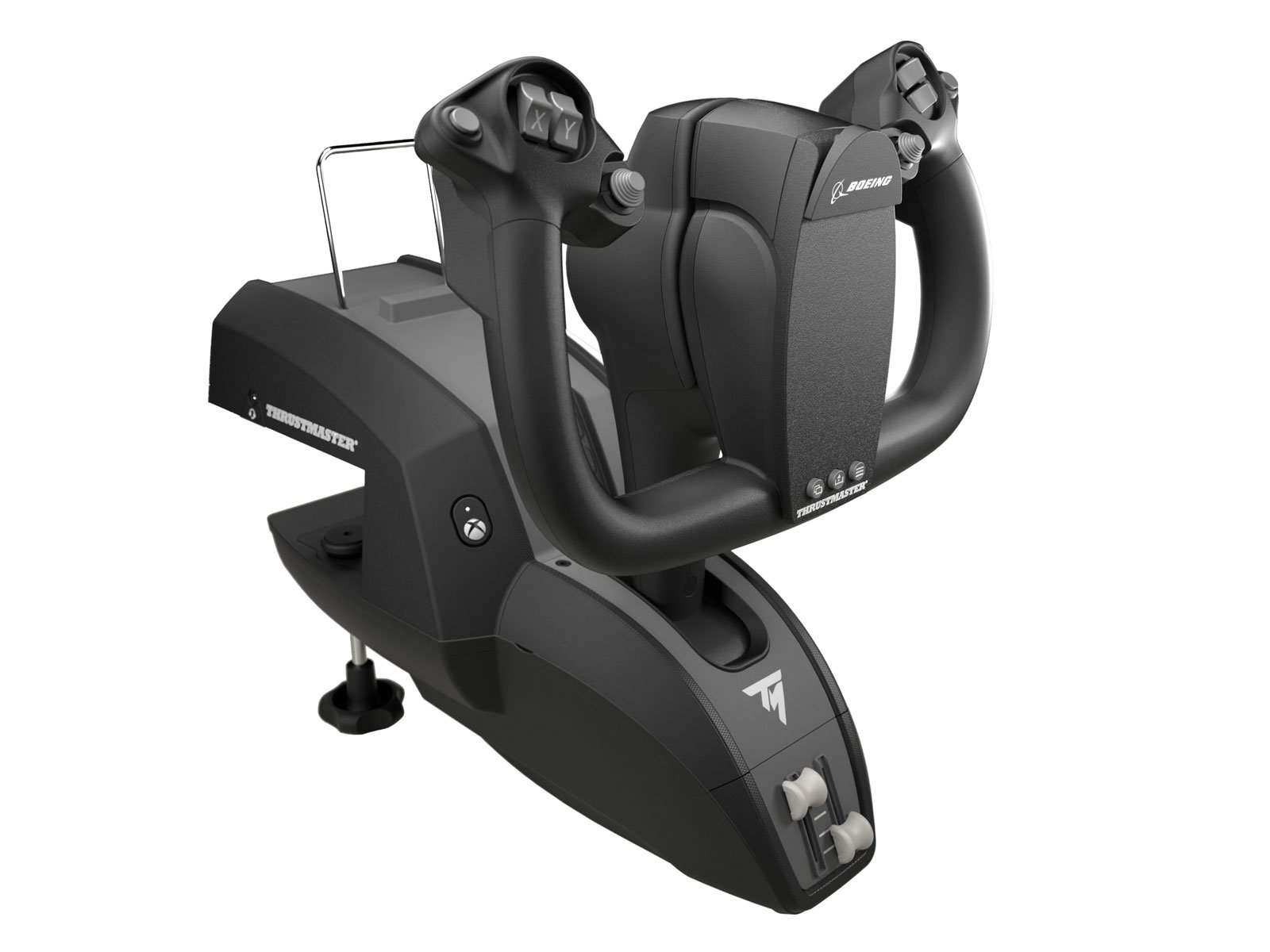 TCA Quadrant Boeing Edition
The TCA throttle is an ergonomic replica of a Boeing throttle quadrant with an autopilot with altitude, airspeed and heading functions. It sports three axis with progressive resistance to replicate the control inputs on real Boeing jets. Other highlights include 17 action buttons plus an encoder with extensive mapping options.
The four fully swappable levers use Thrustmaster’s proprietary H.E.A.R.T magnetic sensor technology to provide 16-bit resolution on the main axis. These can be configured for various functions such as speed brakes, flaps or thrust levers. It also has the option to pair two throttle quadrant units together, giving a total of six axis. 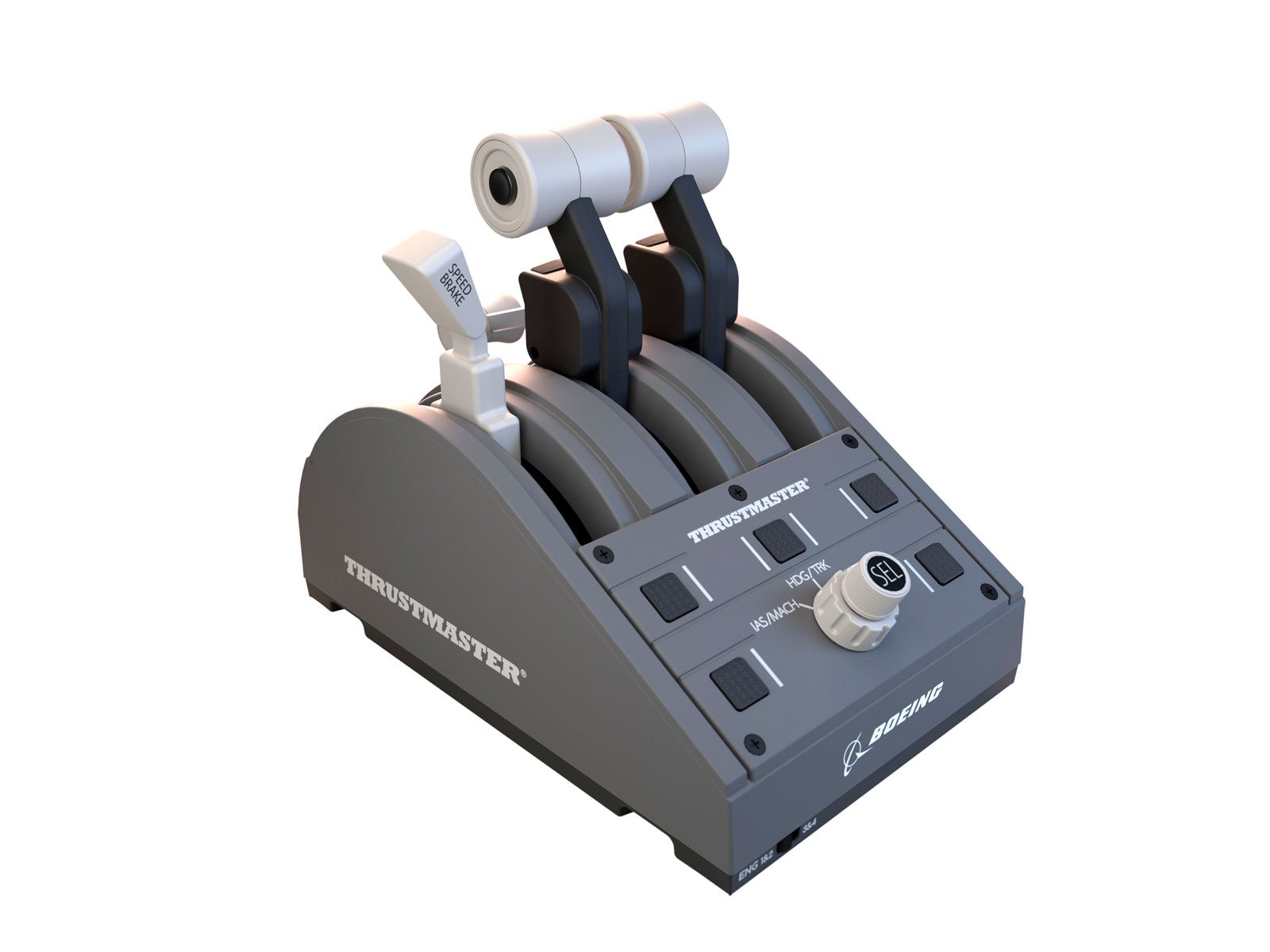