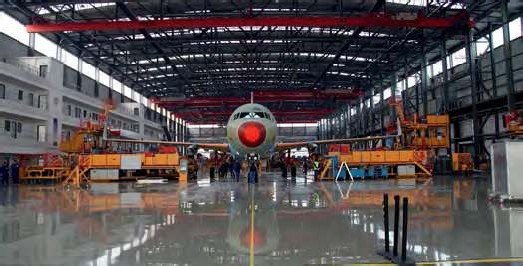 Airbus disclosed that more than 380 jetliners from the A320 Family range have now been delivered from the facility since it opened in October 2008. Tianjin’s FAL was the first Airbus assembly line opened outside the company’s home territory in Europe.

The number of aircraft delivered from Tianjin is low relative to the number from the other assembly lines, but Airbus insisted the Tianjin FAL, created in a joint venture with the Tianjin Free Trade Zone and China Aviation Industry Corporation, “has achieved its purposes” of helping to meet the demand for aircraft from China and supporting Airbus’ expansion of its production network. Airbus plans to produce six A320s per year from Tianjin by the end of 2019.

The Tianjin facility also includes an A330 Completion and Delivery Centre, also the first of its kind for Airbus outside Europe. The initial A330 rolled out from there in September 2017 and a total of seven have been completed so far.