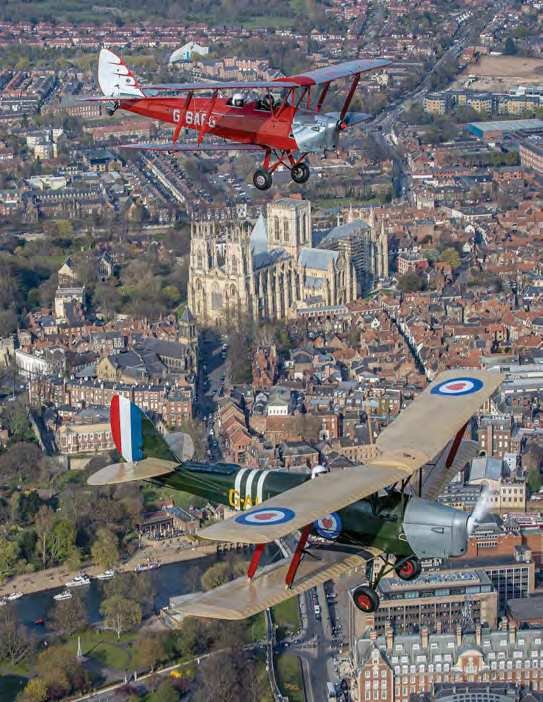 Pilots and aircraft from Tiger Moth Squadron performed a moving ‘missing man’ flypast over York, as a tribute to the late Prince Philip, Duke of Edinburgh, on April 17, which was the day of the royal consort’s funeral.

Based at Sherburn in Elmet, near Leeds, the outfit offers customers a range of Tiger Moth flying experiences, working in collaboration with the RAF Benevolent Fund.

As Prince Philip was being laid to rest at St George’s Chapel in Windsor, a trio of Tiger Moths overflew York Minster. The organisation’s Alan Smith said the tribute was to salute the Duke’s service “not only to the country, but to aviation”.

A keen airman, Prince Philip took his first flying lesson in 1952 and went on to become a qualified pilot. At the controls of North American Harvard KF729 he made a memorable flight over Windsor Castle on May 4, 1953, accompanied by instructor Flt Lt Caryl Ramsay Gordon. The Duke flew 59 different aircraft in 44 years, accruing almost 6,000 hours.