Tip of a melting iceberg 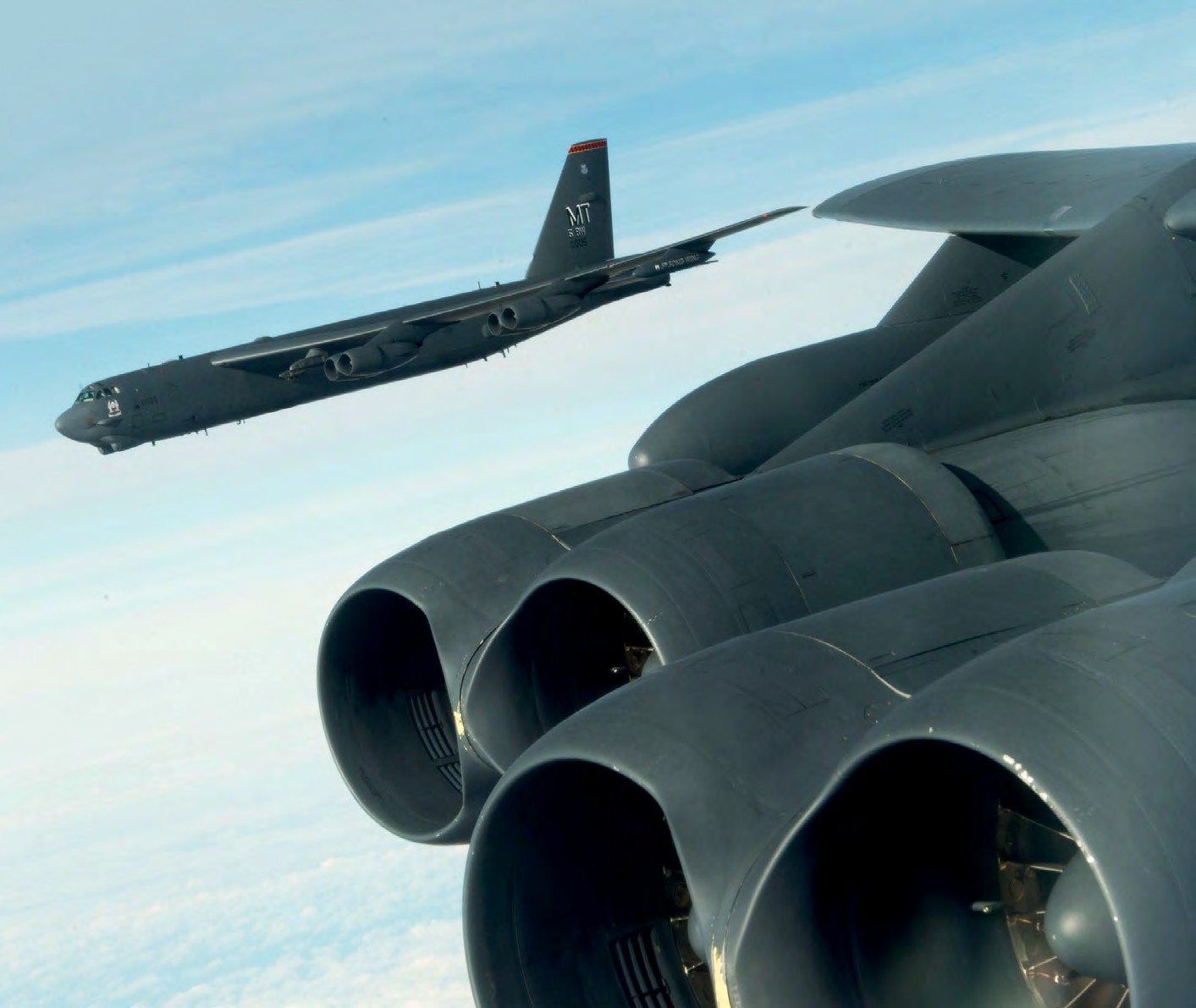 “OUR COMPETITIVE advantage has eroded in every domain of warfare,” said Secretary of Defense Jim Mattis, speaking at the John Hopkins School of Advanced International Studies in Washington, DC, on January 19. The school was the venue chosen for Jim Mattis to release an 11-page unclassified summary of the United States Department of Defense’s National Defense Strategy (NDS), mandated by Congress as a replacement for the Quadrennial Defense Review.

The previous day, Undersecretary of the Air Force Matthew Donovan gave a keynote speech during an Air Force Association breakfast in Washington, DC, in which he said: “The NDS provides guidance that recognises the shift in the global balance in ways that are unfavourable to American interests.”

When asked about the NDS in Washington on January 25, Marine Corps Commandant General Robert Netter said: “It prioritises threats and talks about dynamic force presence.”

No specific types – aircraft, weapons or systems – or plans for their procurement or retirement appear in the document.

The NDS identifies the top priority of US strategy as countering the challenge from, said Secretary Mattis, “great powers – not terrorism”. This emphasis follows the agreement made at the 2016 NATO summit in Poland that shifted the alliance’s policy towards Russia to that of deterrence, and the continued tension with China and its challenges to freedom of navigation in the South China Sea. Discussing what prioritisation means to the US Marine Corps Netter said the service has “got to operate within an A2/AD [antiaccess/ area denial] environment.

Even with the limited scope afforded by its unclassified summary, the NDS distinguishes the nature of competition with China, which remains a major US trading partner and its help desired in dealing with North Korea, Iran and other issues. The NDS also emphasised continued importance on countering terrorism and what the United States terms “rogue nations” such as North Korea. US allies and coalition partners remain vital to its security. Mattis said: “History proves that nations with allies thrive.”

While there are recent examples of the importance of coalition airpower, including on NATO’s eastern front and against ISIS, the prioritisation outlined in the NDS also applies to other forms of international cooperation.

Speaking about cooperation during an interview at the Center for Strategic and International Studies in Washington DC on January 22, Deputy Assistant Secretary of Defense for manufacturing and industrial base policy Eric Chewning said: “It will help closer defence industrial base integration with our closest allies, especially the UK, Canada and Australia. We are not turning our backs on our friends, quite the opposite.” What comes after the NDS? In many ways, the NDS is the proverbial tip of the iceberg, a small visible outcropping of the vast bulk churning under the surface, hidden from view.

Specific details for the future of US airpower, beyond the general guidance provided by the NDS, will appear in the Department of Defense’s five-year procurement plan due to be set out in the Program Objective Memoranda (POM) issued in 2020.

Along with the seven-year Future Years Defense Plan updated annually, the POM will set out programme goals. 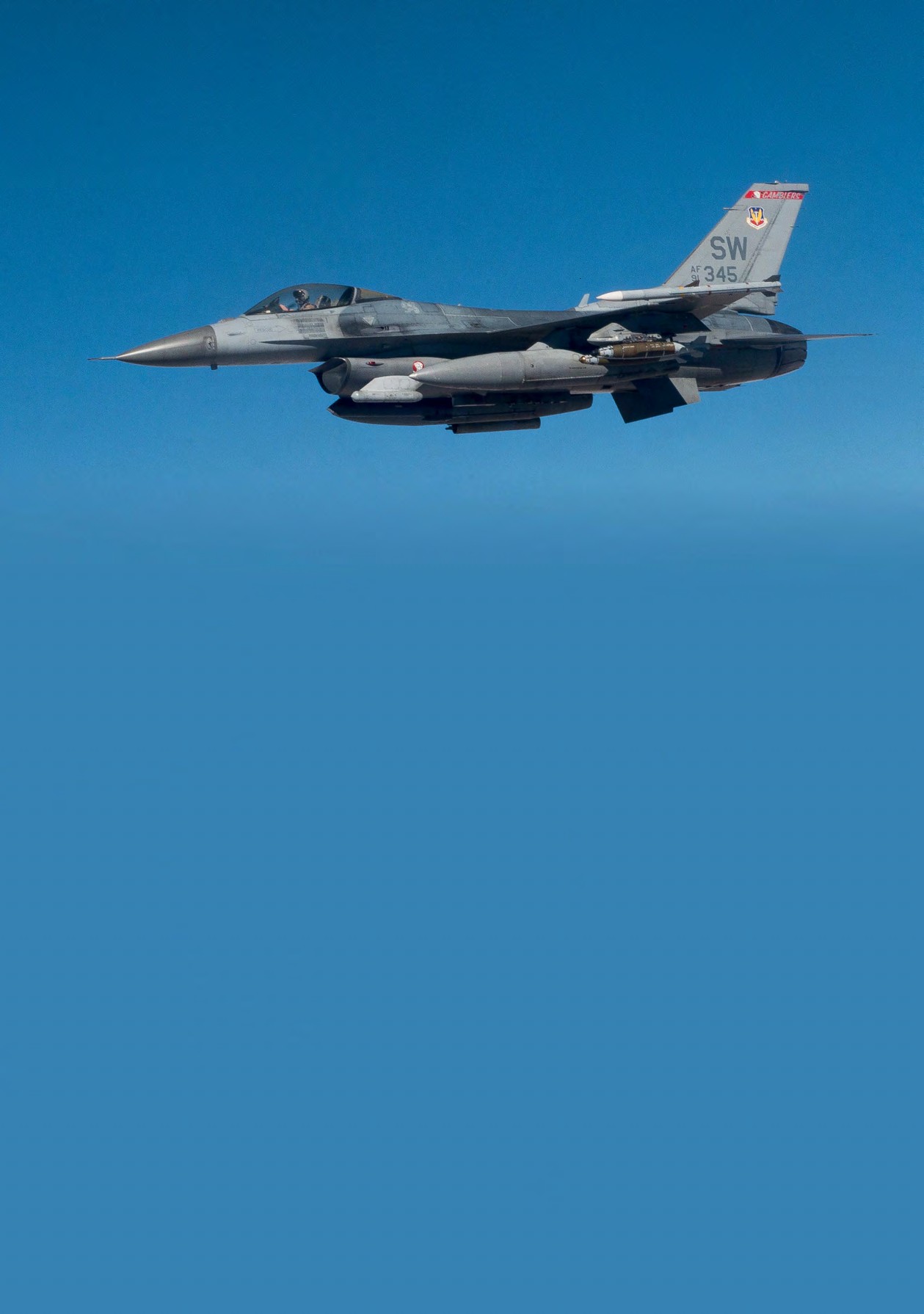 B-52H Stratofortress aircraft enroute to a training range on Corsica. Four of America’s oldest strategic bomber were deployed to the UK in January to exercise a state of readiness at Fairford, which is designated by United States Air Forces in Europe as its forward operating location for strategic bombers. TSgt Joshua Garcia/US Air Force

On January 16, the Air Force commenced a three-month, zerobased review of all its programmes and spending to provide guidance for its POM submission. This suggests the Air Force, facing simultaneous demands from the bow wave of multiple aircraft procurement programmes, while having to meet the direction set by the NDS to restore readiness for great power rivalry, is looking for any amount – however small – that can be redirected to these priorities.

Donovan said the review is “something we have not done for over two decades, to get after the relevancy of what we are doing, examining each programme to see what it contributes.”

Donovan said: “[Most budgeting] focuses on changes, so programmes that get their baselines extended ride under the radar and do not get visibility.” He added that the zero-based review will “make sure we are doing things that are relevant in line with the NDS… Programmes will have to fight their way back into the budget.”

The rest of the iceberg

Airpower cannot exist without money. The NDS states: “Without sustained and predictable investment to restore readiness and modernize our military to make it fit for our time, we will rapidly lose our military advantage, resulting in a Joint Force that has legacy systems irrelevant to the defence of our people.”

The investment required can only be made available by the government extracting money from the larger economy and society. The US government’s dysfunction seems very remote from the US armed services, which generate highly functional airpower: the most powerful and capable in the world –but dysfunction may poison it.

Secretary of Defense Mattis said: “No enemy has done more to harm the readiness of the US military than the continued impact of the Budget Control Act’s defence spending caps and [parts of] nine of the last ten years operating under continuing resolutions.”

High-profile political dysfunction was exemplified by the three-day US government shutdown that started the same day as Mattis released the NDS, which led him to state: “We will continue to execute daily operations around the world; ships and submarines will remain at sea, our aircraft will continue to fly and our warfighters will continue to pursue terrorists throughout the Middle East, Africa and South Asia. While training for reservists must be curtailed, active forces will stay at their posts adapting their training to achieve the least negative impact on our readiness to fight.”

Netter said that during the shutdown a lot of reserve units showed up for drill and had to be sent home.

Potential long-term consequences of political decisions for US airpower include continued growth of national debt, which has doubled in the last ten years and now exceeds $20 trillion, enough to fund 35 years of total US defence spending.

Yet the US federal tax cut signed into law on December 22, 2017, whatever its other economic effects (the Aerospace Industries Association believes it will “unleash our industry’s global competitiveness”) will, at least in the near term, only make the debt grow larger.

In 2010, before the Russians occupied Crimea and the Chinese started building airfields on reefs, then-Chairman of the Joint Chiefs of Staff, Admiral Michael Mullen said: “The most significant threat to our national security is our debt.”

Airpower is built to be resilient in combat, to be able to accomplish its mission despite opposition, but even US airpower, able to prevail against just about any opponent in battle, has found the impact of recent political dysfunction to be long lasting. An example is the United States Navy and United States Marine Corps’ problem with tactical aircraft readiness, especially that of legacy F/A-18 Hornets.

The Budget Control Acts and repeated continuing resolutions have contributed to a situation that Netter said: “The problem is not the number of airplanes per se, it’s just getting the airplanes we have flying… To get new airplanes, we need a budget. We need new iron. We are working hard to supply processes to get more airplanes on the ramp, get more hours, more time in airplanes. We need more airplanes we can fly. Our average aircrew monthly flight hours vary from squadron to squadron. All across the enterprise, it went from 11 something to just under 16.”

These problems are among those with their roots in the political dysfunction of recent years, which will continue to have an impact on US airpower for years to come.