Highly polished and immaculate in every respect, Top Gun Voltige’s Canadair CT-133 — the Canadian-built version of the Lockheed T-33 — is a new star in the European classic jet firmament 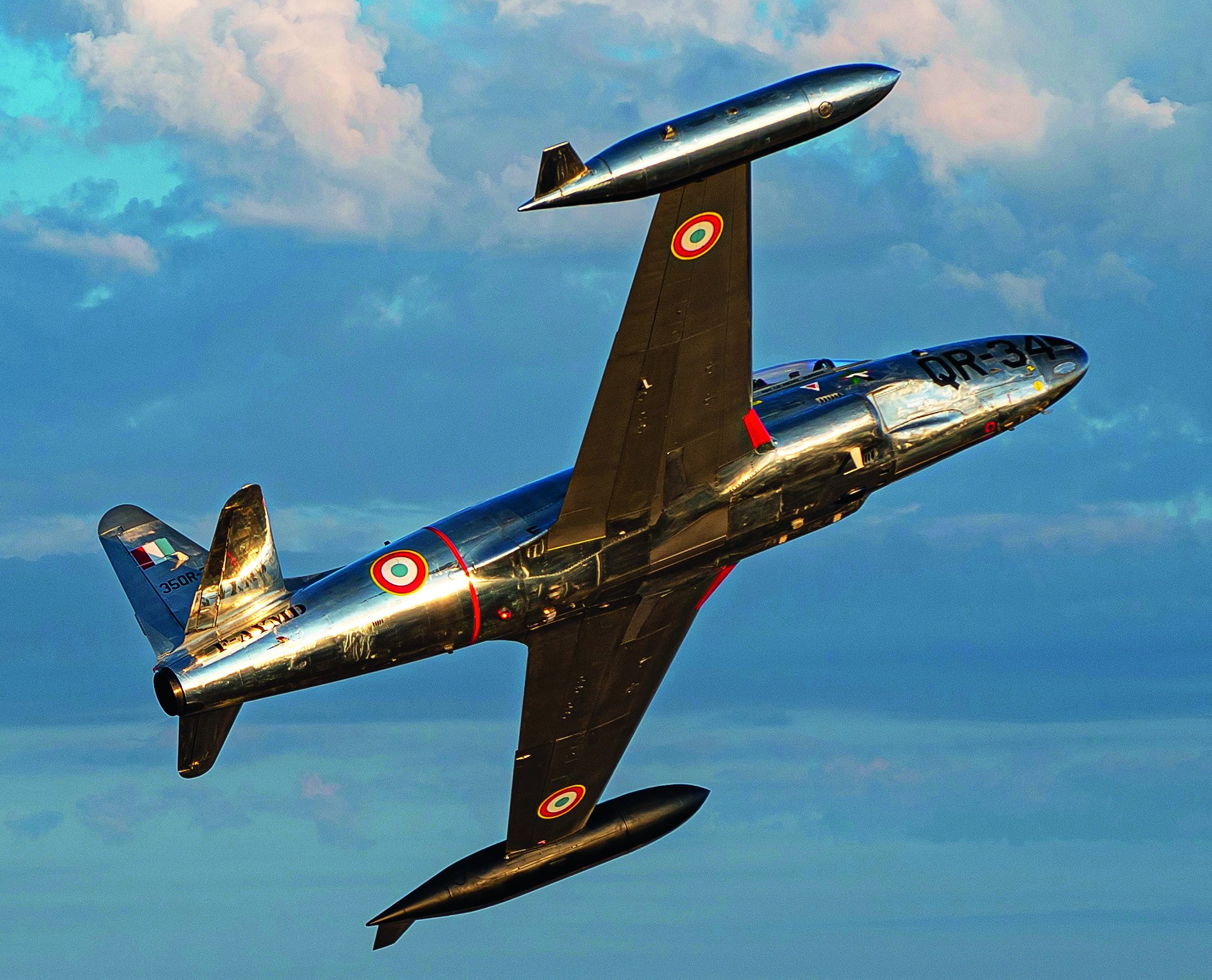 Top Gun Voltige’s recently restored CT-133 Silver Star, F-AYMD, in the hands of François Dubreuil with Louis Lebaud in the back seat.

There is good reason for the Lockheed T-33 to be famed in France. It trained a generation of the country’s fast jet pilots, and starred in the adventures of Tanguy and Laverdure, the heroes of a comic strip series first published in Pilote magazine. Last year, when one of these legendary jets returned to French skies, its markings were indeed inspired by the ‘T-bird’s’ role in the great Franco-Belgian tradition of bandes dessinées.