Orbx has unveiled the next Norwegian destination from Finn Hansen and Jakub Łukaszewski - Sandefjord Torp Airport. 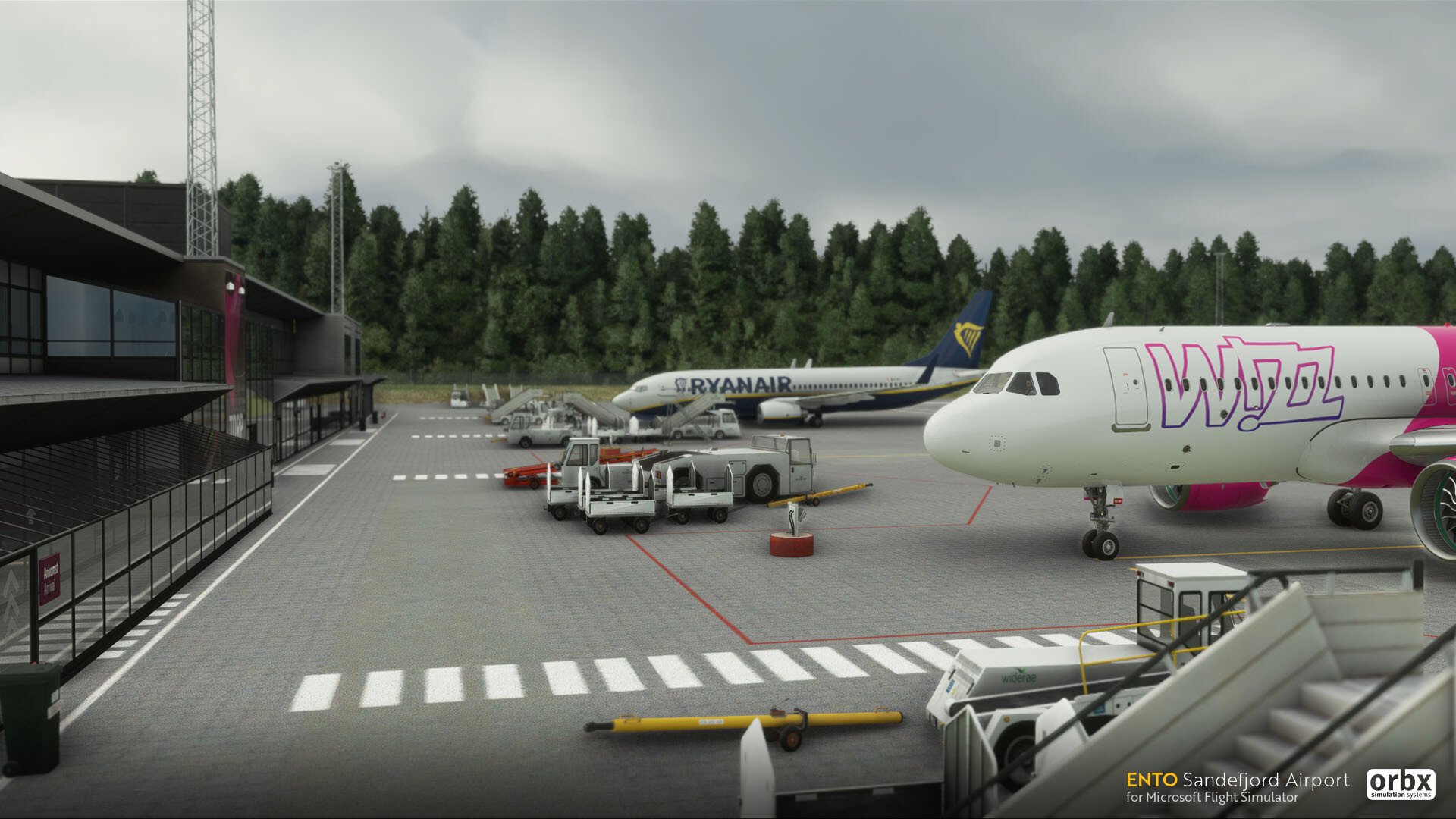 Torp Airport (ENTO) is a major Norwegian destination, located on the west side of the Oslofjord. It is linked with Oslo Gardermoen Airport, serving mostly low-cost and charter carriers flying to destinations across Europe. Regular visitors include Wizzair, KLM, Ryanair and Widerøe. It is also home to helicopter and fixed-wing flying schools.

The package will initially be released for Microsoft Flight Simulator. A Prepar3D version will be made available later.