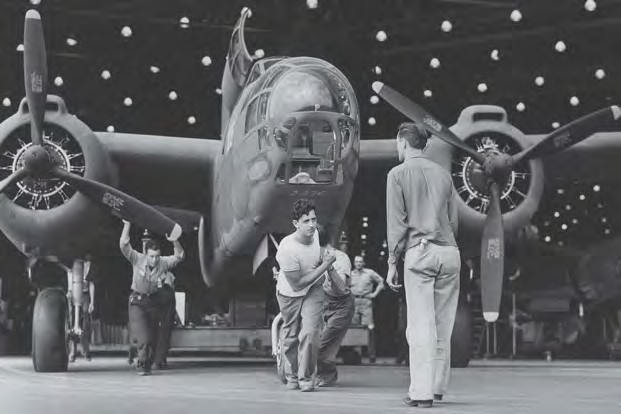 A completed A-20 being pulled from the assembly line at the Long Beach, California, factory.
LIBRARY OF CONGRESS

The A-20 was a conventional stressedskin aluminium alloy semi-monocoque aircraft, with single-spar wings, and a two-spar horizontal fin and tailplane. Rudder, elevators and ailerons were fabric-covered, the tailplane having a marked dihedral to clear the airflow from the nacelles. The early triangular tail was supplanted by a larger unit, though handling was good with either. Split flaps were fitted inboard and outboard of the engine nacelles. The original design was very clean, the engine nacelles being completely without excrescence.