During one week in July, the RAF’s Battle of Britain Memorial Flight put seven aircraft up over central London and the Royal International Air Tattoo to celebrate RAF100. The result was spectacular 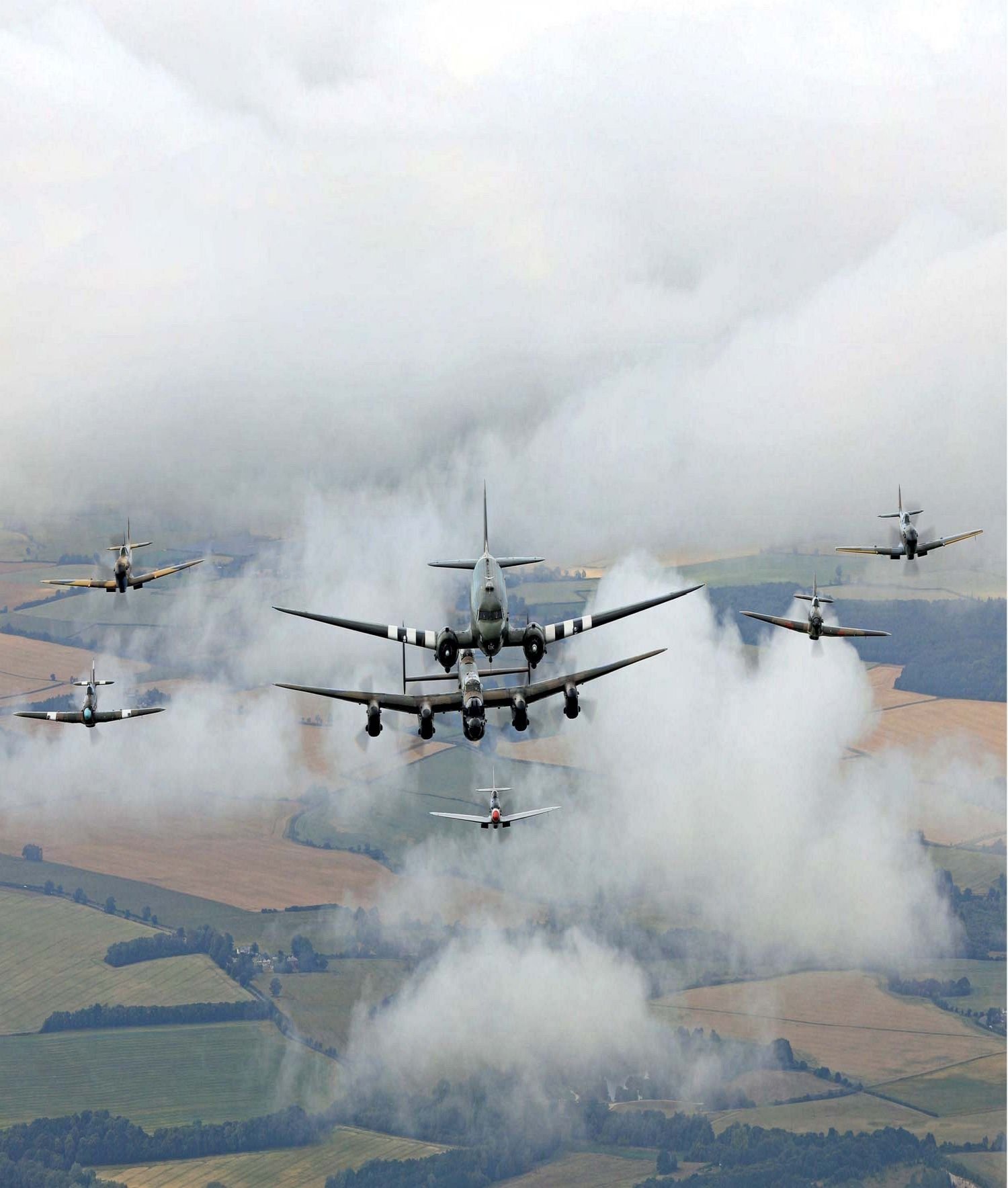 The BBMF’s Dakota, Lancaster, three Spitfires and two Hurricanes making up the memorable ‘Trenchard Plus’ formation near RAF Coningsby on 9 July. 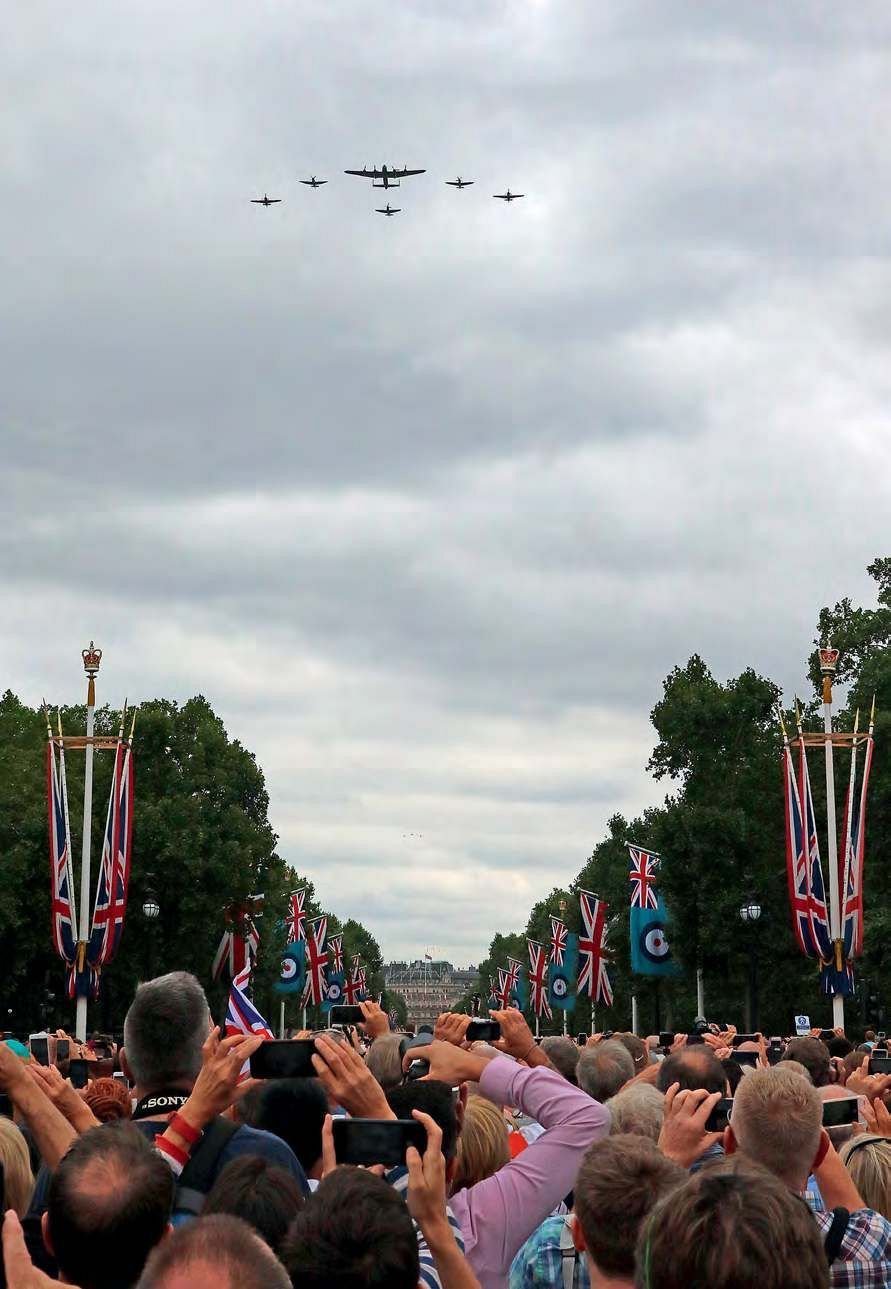 rapturous reception for the flight’s aircraft on the Mall in central London during the main RAF100 flypast.
RICH GOLD/ALAMY 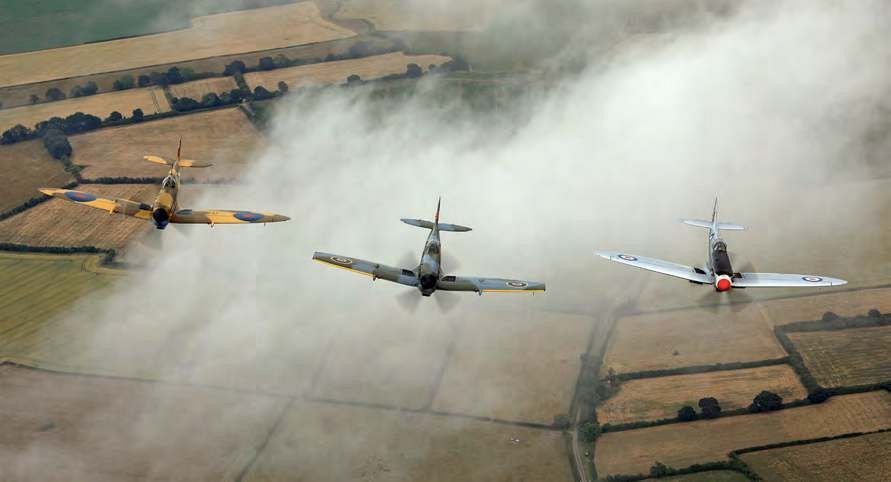 As a key element of the RAF centenary commemorations, the Battle of Britain Memorial Flight designed an all-new formation, which it named ‘Trenchard’ after the first Chief of the Air Staff in 1918. Having worked it up in the pre-season period, the BBMF has displayed the combination at a small number of selected public events. It comprised a box formation with the Dakota III in the lead, the Lancaster I directly behind, and a fighter on each wing of the ‘Dak’.