With more than a little deja vu, I’m off globetrotting again. I don’t need the same attire that I’ve been wearing over the last few months as I’m off to the ‘sunshine’ (or ‘Orange Blossom’) state of Florida. It’s another in the ever-expanding (yet magnificent) TrueEarth series from Orbx; this time covering more than 65,000 square miles. 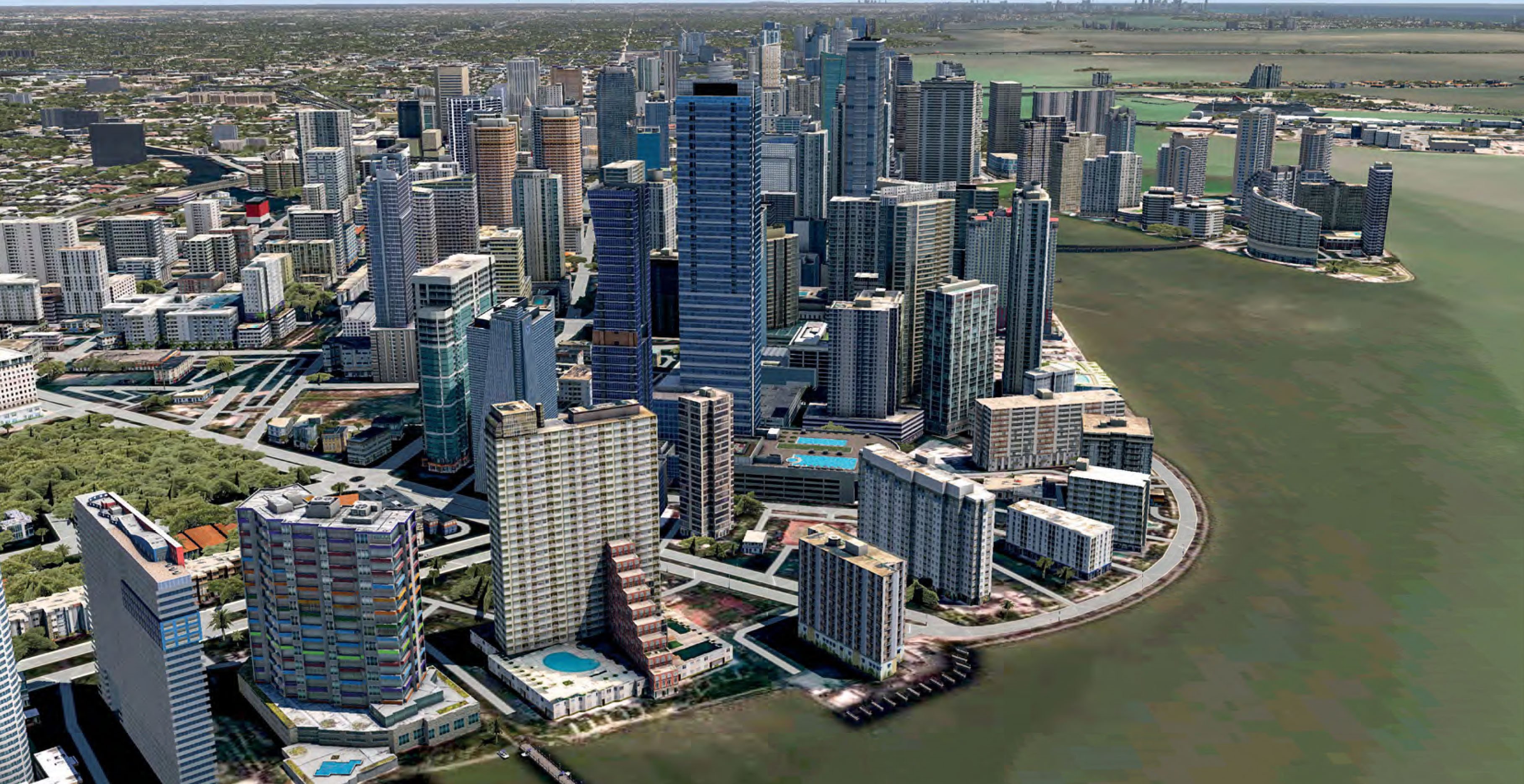 The Miami Bay area has many bespoke buildings.

It comprises everywhere from Pensacola in the north to Key West in the south, including the major cities of Orlando, Miami, Tampa and the capital, Tallahassee. I must admit, if you had asked me before I started writing this review, I would have said the capital of Florida was Miami as it’s certainly the most populous urban area with the largest economy.