Turbine Times: The Viscount and BEA

With the Vickers Viscount, BEA was the world’s first airline to fly a turbine-powered aircraft. The type proved extremely successful, serving for more than 20 years in a range of ever-improved versions. Bob O’Brien tells the BEA Viscount story. 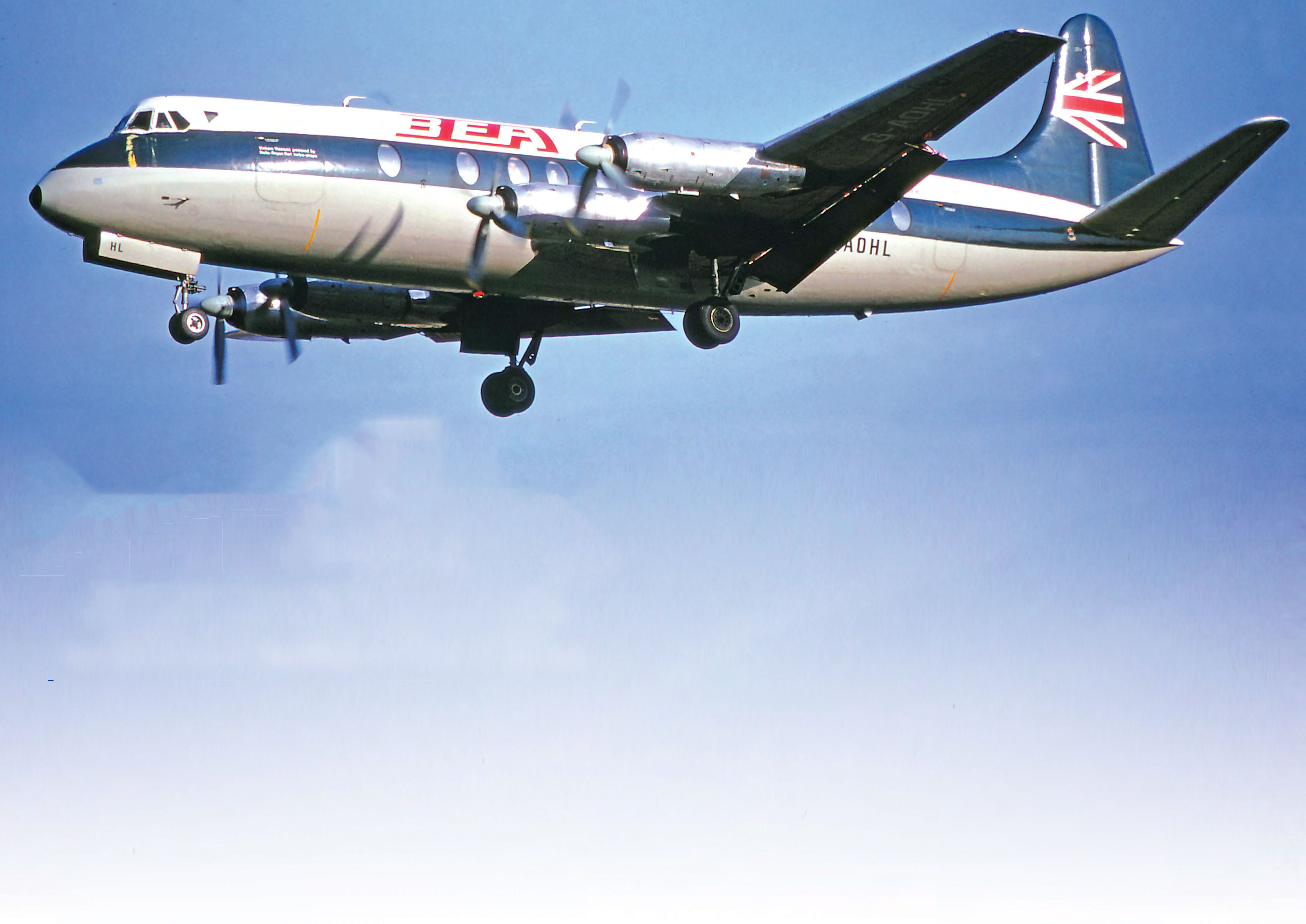 BEA Viscount V.802, G-AOHL, wears the ‘Flying Union Jack’ livery adopted from 1968. Its eventual fate was to serve as a cabin crew trainer at Southend, before becoming a prop in an Essex paintball park.
Bob O’Brien Collection

British European Airways (BEA) was officially established on August 1, 1946 – the new Civil Aviation Act allowing scheduled air services to operate in various parts of the world, particularly Europe and the British Isles. Existing private airlines were nationalised, with BEA given a monopoly of domestic and European services. The airline was organised into two parts, the Continental Division was centred on London’s Northolt airport and the Domestic Division was based in the north of England at Liverpool’s Speke airport.