Twelve Historic Aircraft that never got made

Some barely made it past the blueprint stage, others made it as far as several prototypes… one even ended up being used as target practice. Whatever their fate, these aviation inventions didn’t quite make the cut.

Martin XB-51
Designed as an American trijet ground-attack aircraft in 1945, the Martin XB-51 didn’t see its first flight as a prototype until 1949. Its unconventional design of three General Electric J47 engines attempted to adhere to the requirements issued by the United States Air Force for an aircraft capable of low-level bombing and close support, a bomber to replace the Douglas A-26 Invader. The engines were placed strategically, with two located underneath the forward fuselage of the aircraft and the third at the extreme tail with the intake at the base of the tailfin. While test flights showed the aircraft to be highly manoeuvrable at low altitudes, it ultimately lost out to the English Electric Canberra due to its lower endurance levels, and was rejected after the second prototype was built. 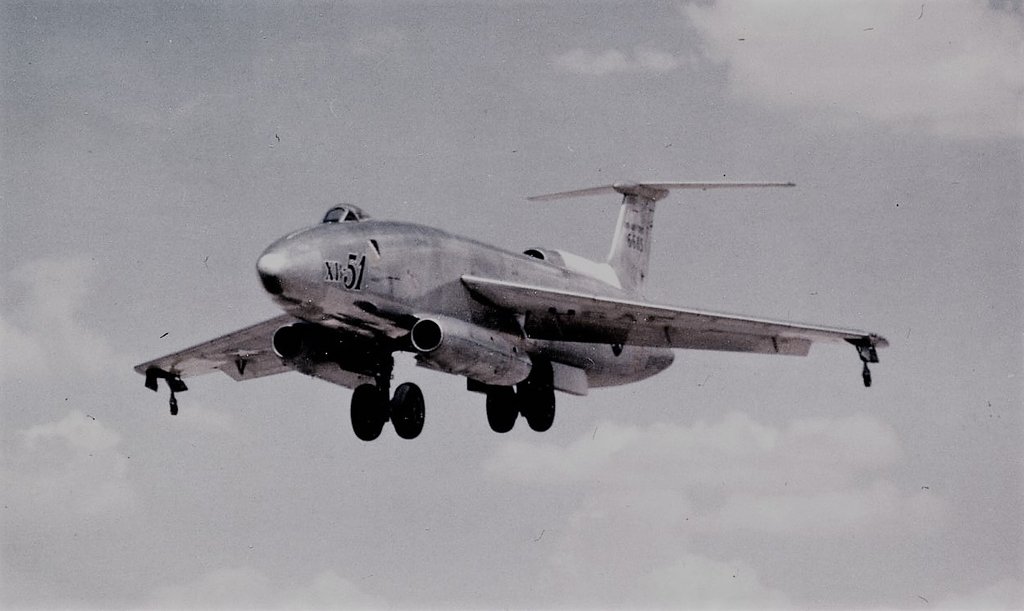 The only rotorcraft in this list, the Lockheed AH-56A Cheyenne was initially designed as a helicopter, with the idea in mind that civilian pilots would find it relatively simple to fly. A prototype of the aircraft met and exceeded the Army specifications given in the requirements, with a top speed of 252mph. While the handling of the aircraft was generally very good, the Cheyenne demonstrated stability issues at low altitude and high speed. Lockheed fixed these issues by 1972, but with defence budget cuts at the time, the programme to develop the Cheyenne was cancelled.

Controversy followed the cancellation of the programme. Many thought that the Cheyenne not only rivalled, but outperformed the Hughes AH-64 Apache (which officially entered service in 1984) – and could have been in production for over 10 years by the time the latter was fully developed and ready for service. Lockheed engineer Willis Hawking publicly spoke out, pointing out that the Cheyenne was more agile, longer-ranged and 70mph faster than the Apache. The Martin-Baker MB.5 was marketed as a redesign of the MB.3, and was powered by the Rolls-Royce Griffon engine. At altitudes of 20,000ft, test piloting saw remarkable top speeds of 460mph. However, designer James Martin’s quest for perfection meant that the prototype of the MB.5 was delayed in delivery by a year- and-a-half, and it didn’t make its first flight until May 1944. By the time Martin deemed the aircraft worthy for release, the war was coming to a close and the jet age had already begun. As a result, only one prototype was ever made. This went on to be used as a ground training device for aircraft mechanics in the Royal Air Force, and later as a target for shooting practice. The MB.5 said its final goodbyes when it went up in flames. The CF-105 Arrow was a Canadian ‘superfighter’ designed to protect against and intercept the Soviets, should the need arise. The initial prototype of the aircraft was Mach 2 capable. This, combined with the fact that is was the first ‘fly-by-wire’ fighter and flew with electric signal control as early as 1958, meant that the aircraft was wildly ahead of its time, with general technology only catching up in the mid-1970s. The Arrow was designed to be armed with internally situated Sparrow II missiles, however the programme was cut abruptly in 1959. While the reason for this has been speculated upon, many aviation experts have considered that it was due to the fact that the project was both highly ambitious and too expensive. 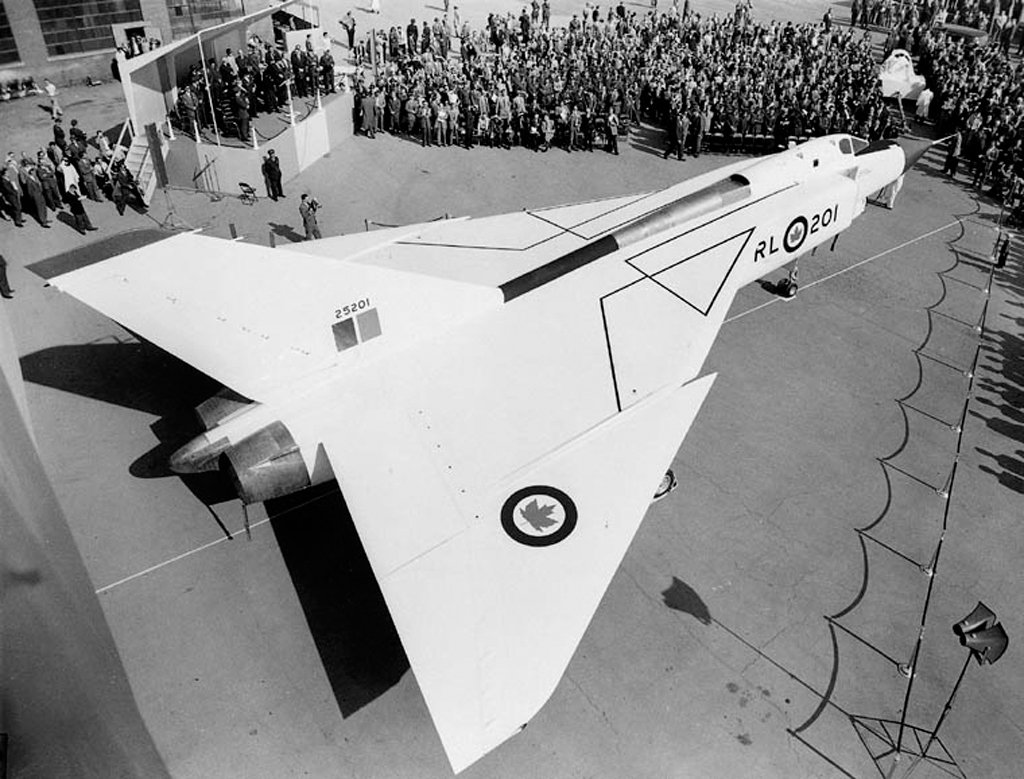 The Royal Australian Air Force designed the CA-15 ‘Kangaroo’ with the desire to be superior to the American P-51 Mustang. Several stringent specifications were released in order to make it so: the aircraft was to have a high rate of climb, exceptional manoeuvrability and a generous range. Initial designs resulted in an aircraft with a top speed of 458mph and an internal fuel range of 1,150 miles. With the addition of drop tanks, this range could be increased to 2,540 miles. However, despite a promising start, the Kangaroo went down the same road as the Martin-Baker MB.5, and was developed too late for advancing technologies. As a result, the project was dropped by the RAAF in 1946. 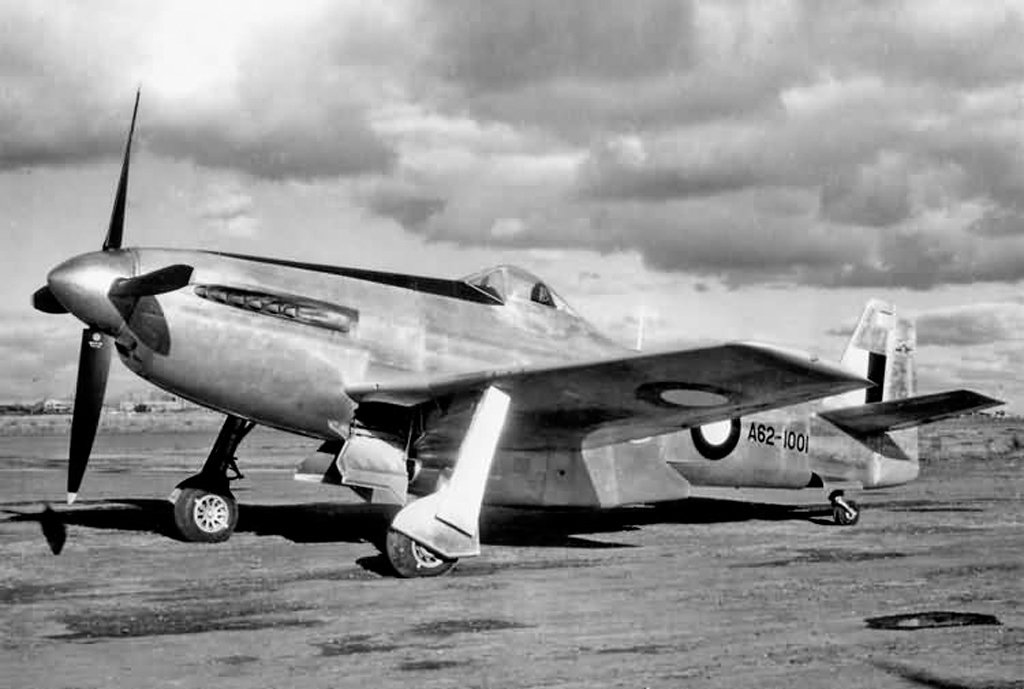 The XF2R-1 Dark Shark was designed with one particular specification in mind: to be capable of acceleration high enough to take off from an aircraft carrier. The initial solution to this problem resulted in a proposal that would see a turboprop and turbojet combined into what would be coined as a ‘composite fighter’ aircraft. The Dark Shark consisted of a 1700bhp propeller and a GE turbojet engine, and could fly on either alone, or with both in order to reach speeds of over 500mph. However, yet another victim of circumstance as World War 2 drew to a close, the XF2R-1 flew only once, and was scrapped after the development of just one prototype in 1946. This fighter aircraft was designed and built as a result of a request from the United States Air Force for a long-range advanced fighter jet to escort bombers. The initial design was based upon the Lockheed P-80 Shooting Star, but instead featured two Westinghouse J-34 turbojet engines and 35 degree swept wings. Only two prototypes were built, and while it demonstrated a fair amount of manoeuvrability, the XF-90 lacked power and therefore lost out to the McDonnell XF-88. Despite this failure to reach production, it was regularly featured in popular media, and became a key staple in the DC comic book series ‘Blackhawks’. Designed to be a seaplane jet fighter, the Sea Dart had a delta wing and incorporated turbojets with a watertight fuselage to solidify its effectiveness. It featured twin retractable skis for takeoff and landing, but despite initial positivity surrounding its production status, a crash during a press demonstration in 1954 was a large contributor to the programme’s abandonment. This, in conjunction with advancement elsewhere in aviation production, meant that only five prototype Sea Darts were ever built, and it failed to make mass production, last flying in 1957. 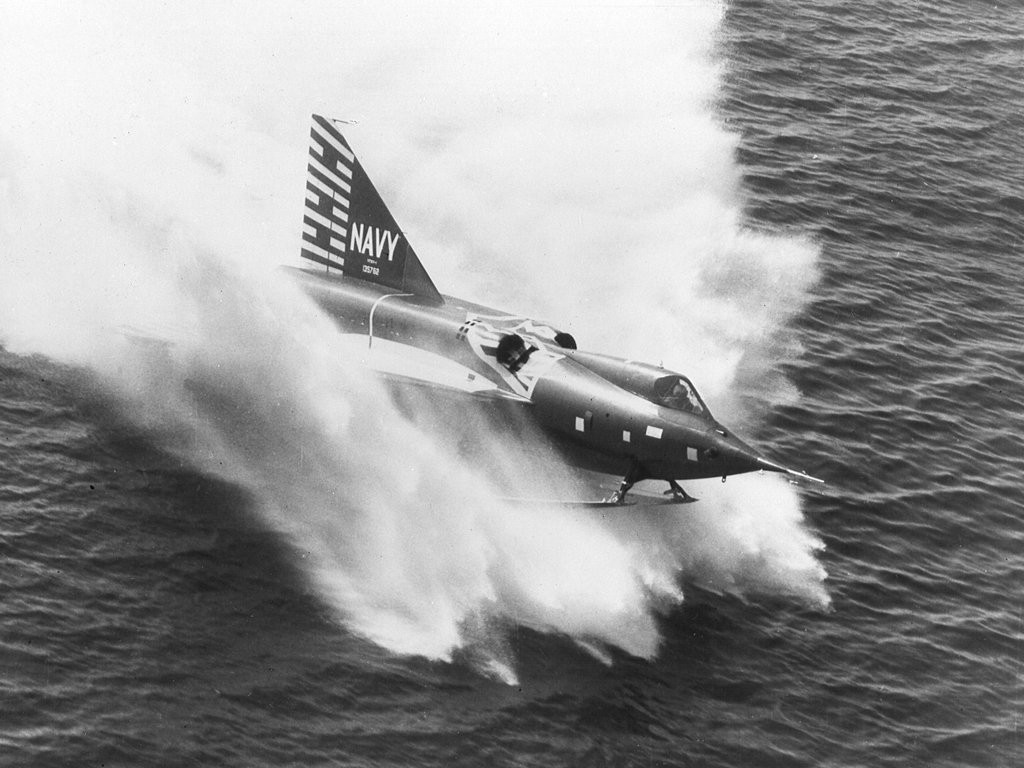 The Martin XP6M SeaMaster was the result of a design competition between Martin and Convair in 1951. The seaplane was intended to be revolutionary; it was to cover a range of 1,500 miles while carrying up to 30,000 of bombs. Despite failures in its prototype testing – some fatal – the US Navy decided to press on with the programme, causing it to run a cost of $400 million. The SeaMaster was scrapped when the Navy discovered a new weapon with a hefty requirement for funds: the Polaris submarine. As a result, the SeaMaster and many other programmes were cut in order to fund the Polaris. In the 1960s, Northrop responded to the United States Air Force’s A-X competition in the form of the YA-9. The specifications of the competition called for a simple, low- cost air support jet designed around a 30mm canon. The YA-9’s main competition took form of the Fairchild A-10, more commonly known now as the A-10 Thunderbolt II or ‘Warthog’. Both aircraft shared many characteristics, which caused a tough decision for the Air Force. Both incorporated triple redundant systems, a straight wing, a titanium bathtub cockpit and a relatively low speed in comparison to other attack aircraft. Despite their obvious similarities, the United States Airforce chose the A-10. This was mainly due to the fact that Fairchild had no other pending work, and therefore the arrival of the aircraft would be much quicker. As a result, only two Northrop YA-9s were ever built, and the project to develop it was cut shortly after. The two prototypes did, however, continue to be used for flight-testing by NASA for some years, and both are now on display at different aviation museums across America.

The Vought XF8U-3 Crusader III was based on the F-8. However, its design incorporated large ventral fins under the tail and the addition of a much more powerful Pratt and Whitney afterburning engine, which would push its capabilities to Mach 2.39. The prototype first flew in 1958 and showed great potential. However, despite being faster and more manoeuvrable, the Crusader lost out on a production contact to the F-4 Phantom. The Phantom’s two-man crew meant it could better handle ground attack missions and the workload of the new Sparrow Missiles.