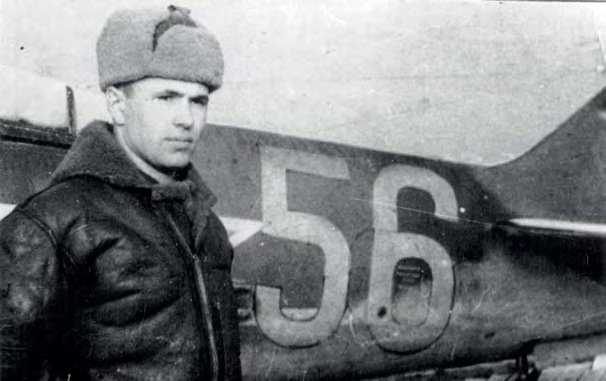 Skomorokhov near his La-5.

According to the old hands, if you could master the Polikarpov I-16, you could convert to other types with ease. Known as the Ishak (donkey), the stubby monoplane fighter was a constant challenge. Pilots had to be forever alert for sudden nose-down or nose-up pitching in flight or a sharp yaw to left or right on take-off or landing.

When Germany invaded the Soviet Union on June 22, 1941, Nikolai Mikhailovich Skomorokhov was at the aviation school at Bataisk. As with the rest of the student pilots, the 21-year-old was billeted in tents near the airfield. A shortage of fuel and trainer aircraft meant the syllabus was taking longer than the usual nine months.