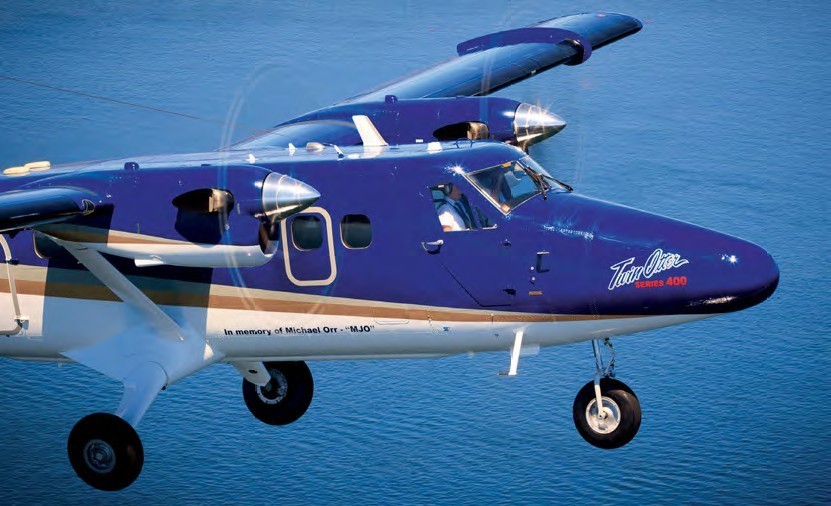 Twin Otter Series 400s have been produced by Viking Aircraft since 2008 and the company is planning further improvements.
Viking Aircraft

The Twin Otter utility turboprop, produced in Canada by Viking Aircraft, is poised for further development. Viking Aircraft Executive Vice-President, Sales and Marketing Rob Mauracher told AIR International upgrades are set to be introduced to the Series 400 model. He said: “We’re looking at reducing the direct operating cost, reducing the cost of maintenance, increasing the reliability and expanding the use envelope.”

Although he gave no specific details, Mauracher said the intention is to introduce a higher gross weight, allowing operations with a full cargo and passenger payload in comparison to the current version, where he said the landing gear penalises payload. More details about the upgrades will be released later this year.

Viking Aircraft acquired the type certificates and production rights for the Twin Otter in 2006 as part of an acquisition from Bombardier of the Chipmunk, Beaver, Otter, Caribou, Buffalo and Dash 7 type certificates. This established Viking’s specialism of providing product support for legacy de Havilland Canada piston and turboprop aircraft.

Viking launched its new iteration of the Twin Otter, the Series 400, in 2007 and began producing the upgraded aircraft at its Victoria International Airport facility in British Colombia the following year. The 140th Series 400 is now coming up on the production line, Mauracher said. Viking produces the Twin Otter Series 400 at a rate of around 15 aircraft a year, although the rate moves up and down as required depending on the number of orders in backlog. Twin Otters are now operational in 32 countries. Mark Broadbent