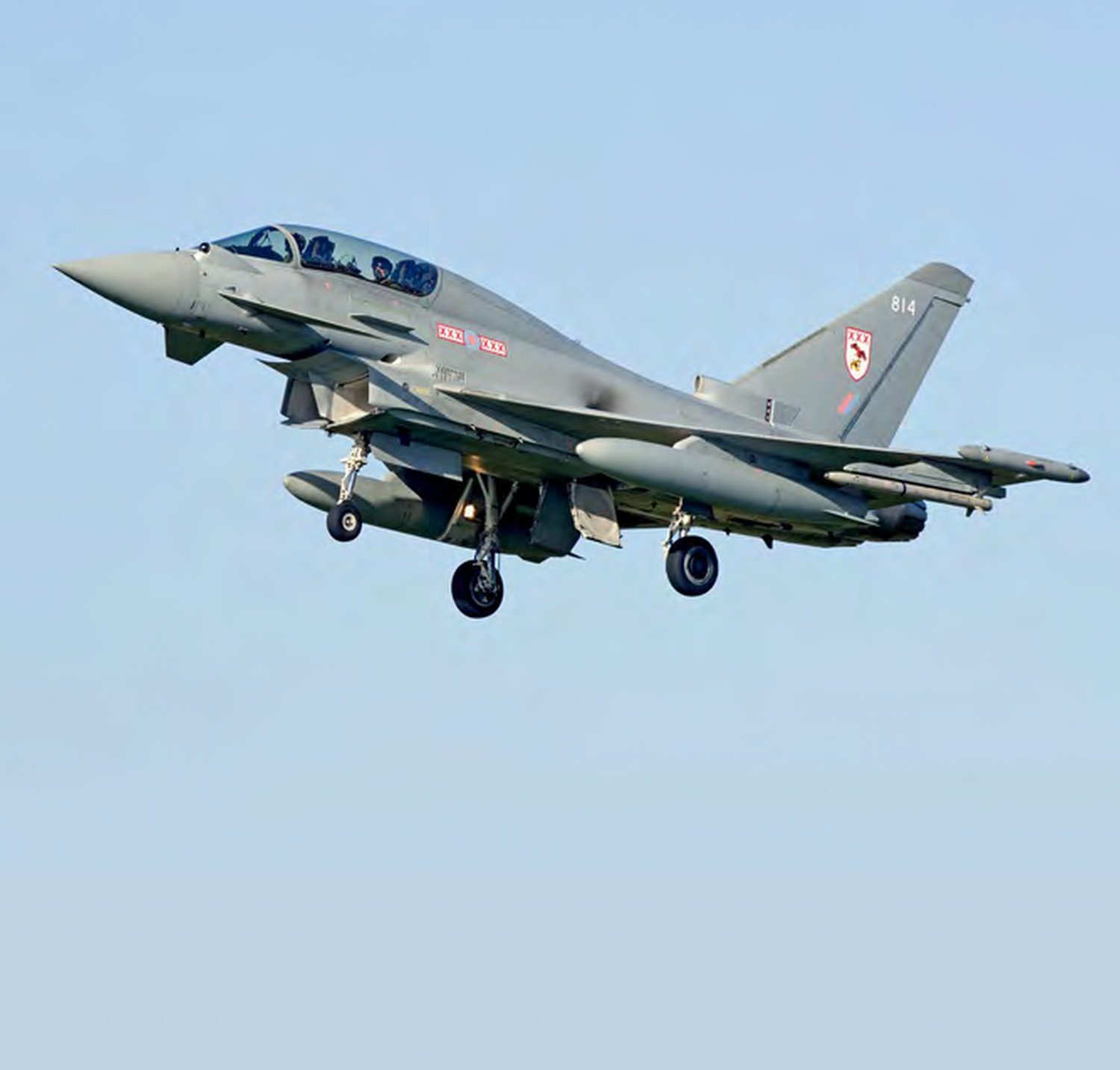 Among the first RAF Typhoons to appear with a new code was Typhoon T3 ZJ814/814 of No.29 (R) Squadron, seen landing at its home base RAF Coningsby on March 15. It previously wore the code ‘BH’.
Kees van der Mark

The Royal Air Force Typhoon fleet recently started to adopt a new tail code system. The new codes consist of the last three digits of the serial in white on the tail, instead of squadron-related letter codes. The first Typhoons were seen wearing the new codes in February, and by late March about a dozen had been recoded. Recently, many aircraft were swapped between squadrons or stripped of their unit markings, due to international operations. The new system allows the Typhoons to retain their own, unique codes regardless of the squadron they are assigned to; in a similar way, the RAF Tornado GR4 fleet was recoded.