Jon Lake details how Eurofighter is developing the Typhoon to meet new customer requirements, while ensuring that current operators aircraft are fit to face ever more advanced threats 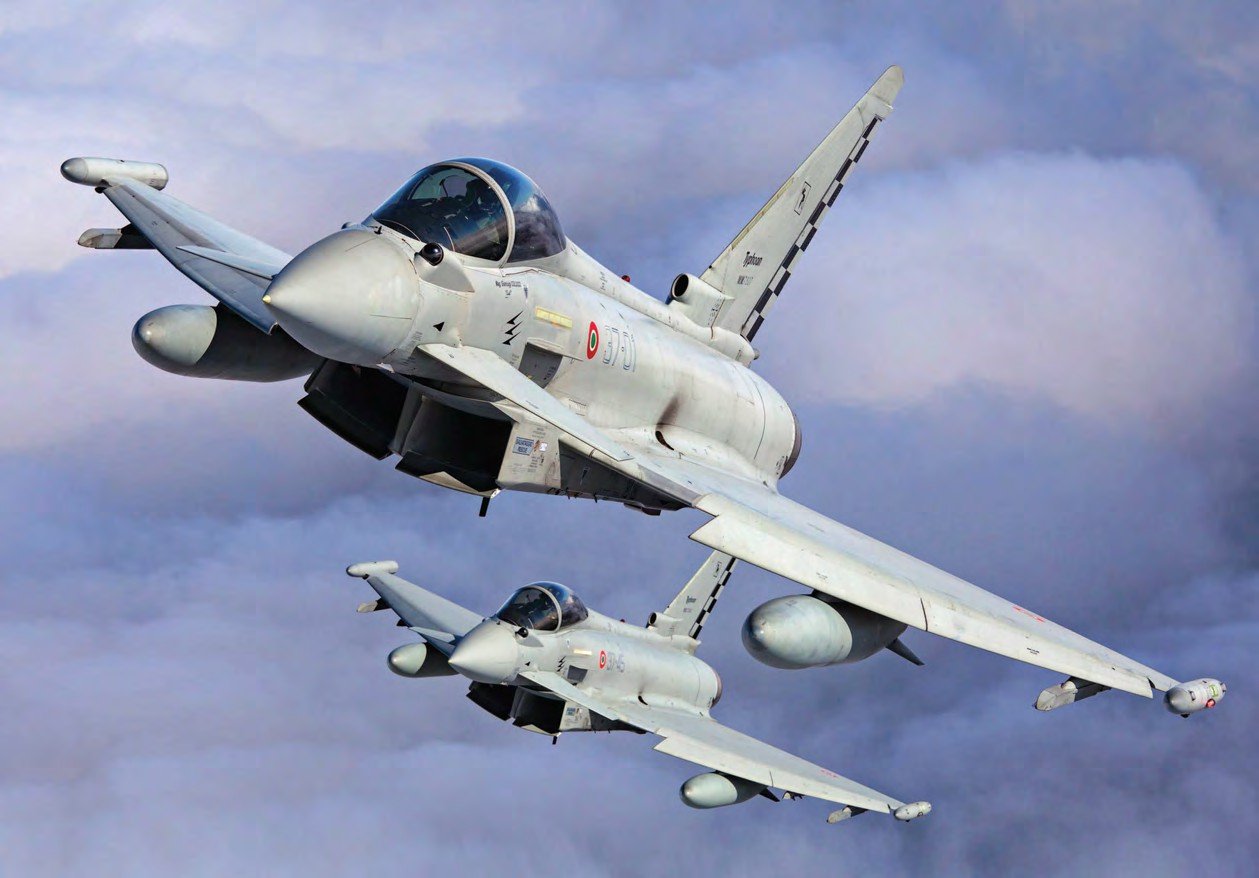 A pair of Italian Air Force Typhoons of 37° Stormo from Trapani-Birgi Air Base. Italy is one of the four original core customers of the Typhoon
Eurofighter / Aviation Photocrew

The Eurofighter Typhoons that enter service with the Kuwait Air Force this year and the Qatar Emiri Air Force in 2022 will be the most advanced and capable versions fielded to date. Equipped with active electronically scanned array (AESA) radar, these latest export aircraft will also introduce a range of new weapons on the aircraft. However, despite these advanced features, they will not represent the ‘ultimate’ iteration of the Typhoon as work is already underway on further improvements and modifications.