TYPHOONS DOWN LOW IN THE DESERT 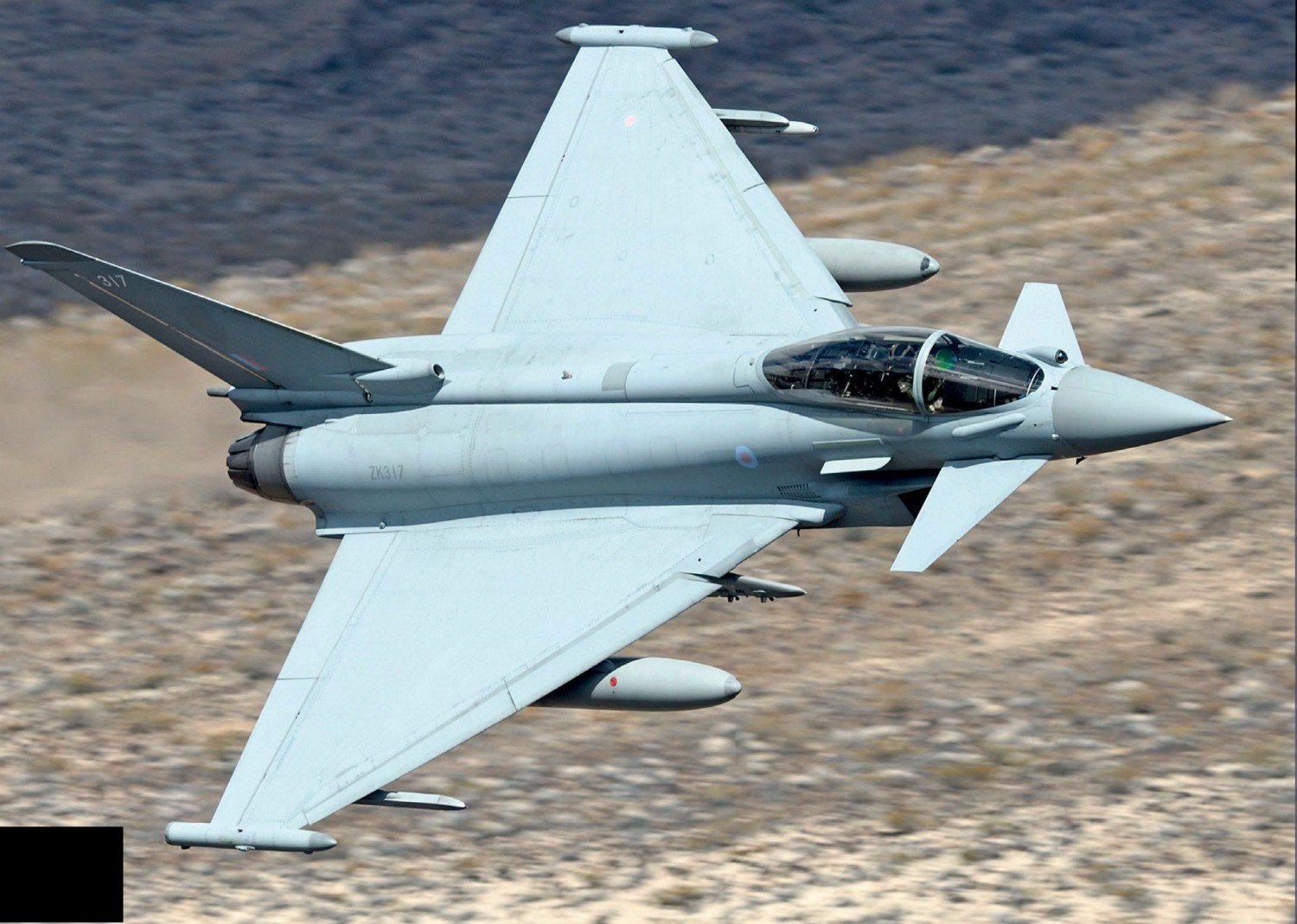 During the period ahead of ‘Green Flag’ the Typhoons flew missions in the R-2508 range complex to familiarize themselves with local operating procedures.

ROYAL AIR FORCE Eurofighter Typhoon FGR4s from No 3 (Fighter) Squadron took part in the US Air Forceled Exercise ‘Green Flag’ in March. Eight jets were retained at Nellis AFB, Nevada, for the follow-on exercise after No 6 Squadron’s participation in ‘Red Flag’ during January and February. ‘Green Flag’ was previously known as ‘Air Warrior’ and retains a land forces integration focus, being aimed primarily at the support of US Army units in pre-deployment training. Indeed, ‘Green Flag’ acts as a pre-requisite check of brigade battle group tactics and procedures ahead of combat operations.