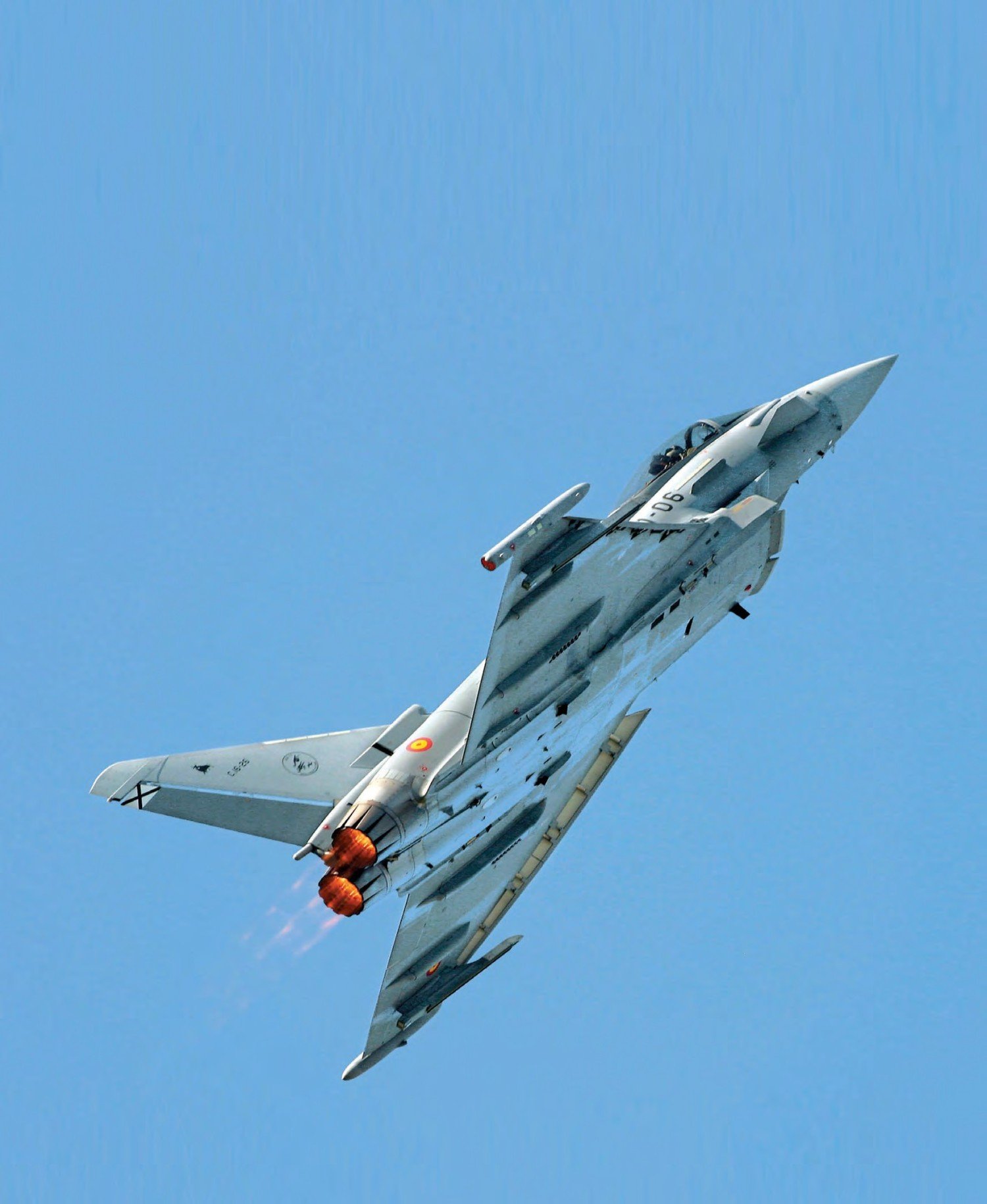 Spanish Typhoons occasionally visit the UK for exercises or to appear at major airshows. This example, C.16-26 ‘11-06’ of Ala 11, displayed at Fairford in 2006.
Key Collection

Although largely a user of American-made jet fighters since the 1950s, the Spanish Air Force was an enthusiastic founding partner of the Eurofighter programme in the 1980s, along with the UK, West Germany and Italy. Participation in the project was Madrid’s next logical step to supplement its large fleet of McDonnell Douglas F/A-18 Hornets. At the start of the production phase in the late 1990s, Spain had planned to acquire 87 Eurofighter Typhoons, but the order was later reduced to 73, after the last scheduled batch of 14 Tranche 3B aircraft was cancelled in 2009.