In the face of a perceived increasing Iranian threat, the United Arab Emirates’ military continues to modernise, as Alan Warnes witnessed at this year’s Dubai Airshow. 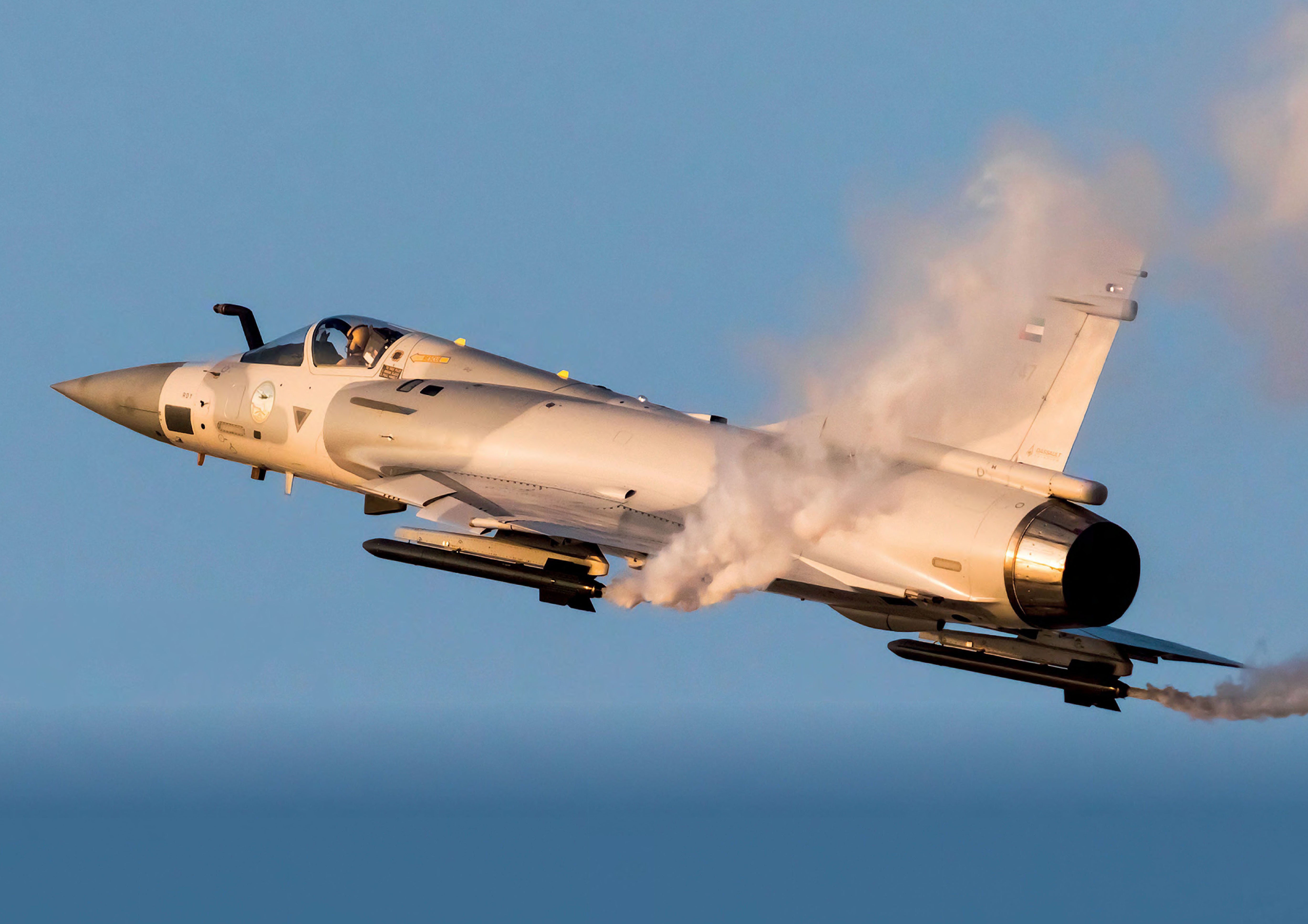 A UAEAF&AD Mirage 2000-9 in the flying display.
Waqas Shah

For a week in mid-November, Dubai was the focus of the military aerospace industry. On the eve of the airshow, the Dubai International Air Chiefs Conference on November 16 provided an insight into the important themes for local commanders. Al Maktoum International Airport then hosted the biennial Dubai Airshow from November 17-21.

Many of the deals signed were part of wider efforts to modernise the local aerospace industry and bolster the capabilities of the UAE’s military. Iran is still considered a major threat to the UAE, which is part of the Saudi-led coalition in Yemen. The UAE also supports Field Marshal Khalifa Haftar’s Libyan National Army (LNA) against the Turkish-backed Government of National Accord (GNA) based in Tripoli.