With the threat of invasion looming, Ukraine's airlines began flying their aircraft into storage and out of harm's way... but where are they?

Ukraine International Airlines is the country's flag carrier and largest airline. A number of its aircraft have become caught up in the conflict, being parked at Kyiv's Boryspil Airport at the time of the Russian invasion. However, others have been stored in Moldova, Serbia, Spain and Poland. 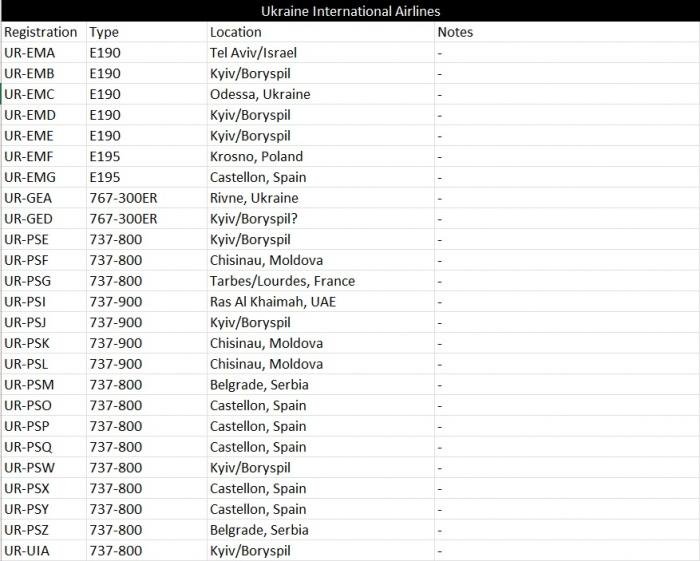