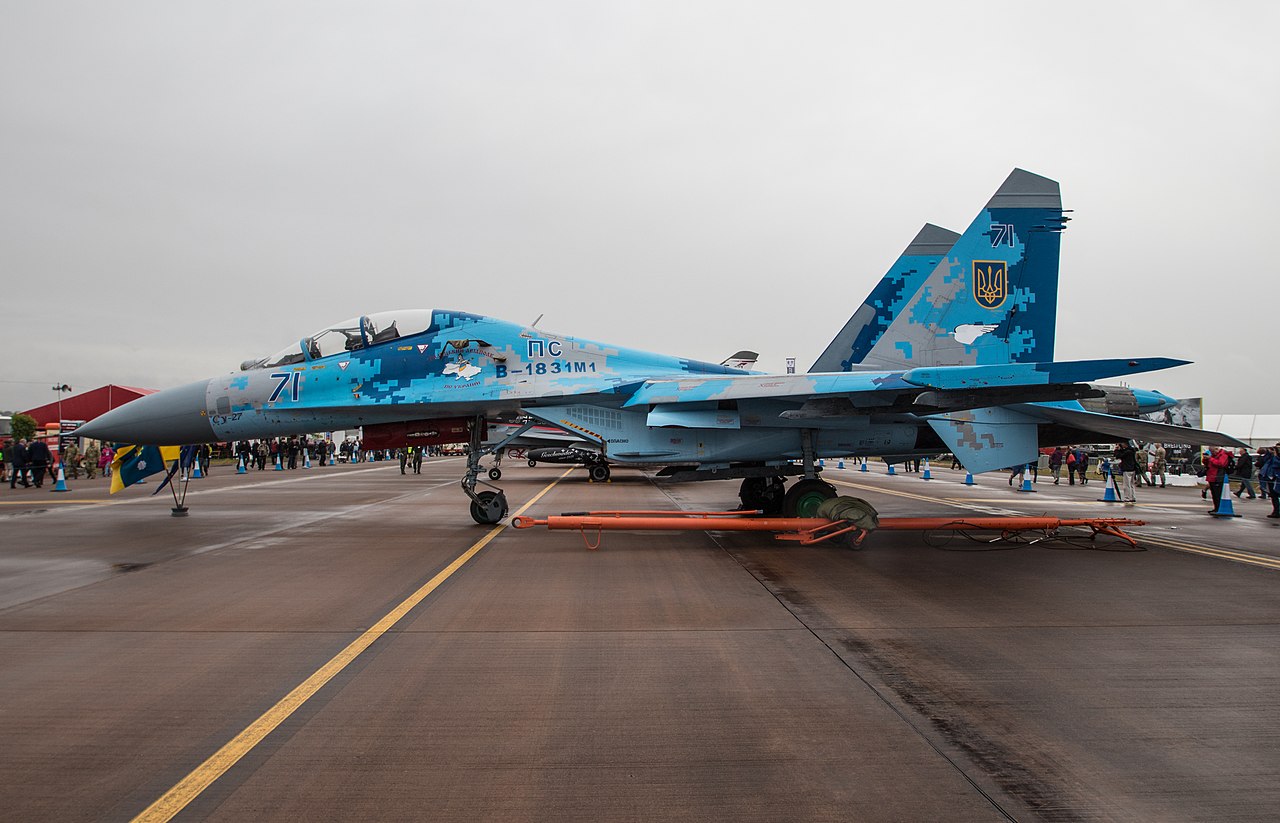 From early April until mid-June, Ukraine conducted four series of test firings of its new R-360 anti-ship missile (ASM) as part of the RK-360MTs ‘Neptun’ mobile coastal anti-ship missile system. This ASM is developed by the Kiev State Design Bureau ‘Luch’ in close cooperation with other Ukrainian aviation enterprises – including the Motor Sich engine plant at Zaporizhzhya, providing the MS400 turbofan engine. According to official sources from ‘Luch’, the latest successful test firing on June 17 was the final one and now the system is expected to enter operational service with the Zbroyni Syly Ukrayiny (ZSU, Ukrainian Armed Forces).

This sea-skimming ASM is an equivalent of the US Harpoon and Russian Kh-35 series of ASMs and is intended for use against ships or large coastal targets. It has a combination of GPS-corrected inertial guidance in the initial phase of the flight and active radar homing in the terminal part of the flight. A maximum range of up to 174 miles (280km) is quoted by official sources and an air-launched variant for use from modified Su-24s was announced last year.

Starting from January 2018, over ten separate series of test firings had been conducted at the newly-established Alibey missile test range of the ZSU – located in the Alibey Lagoon on the Black Sea coast of the Tatarbunary district in the Odesa province. 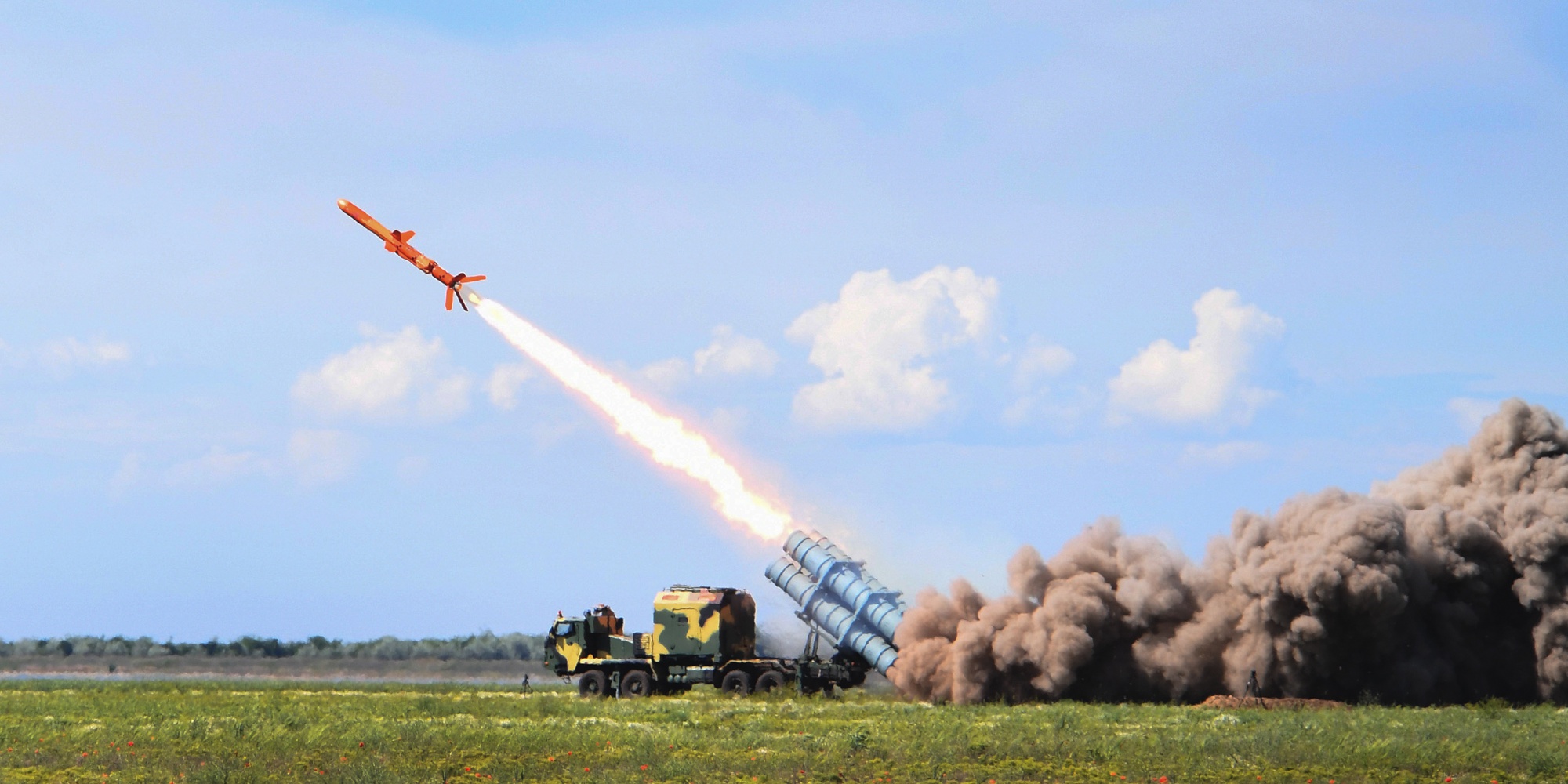 The R-360 ASM is launched from a mobile USPU-360 launch vehicle of the RK-360MTs ‘Neptun’ mobile coastal anti-ship missile system at the Alibey test range on April 5, 2019. The Presidential Office of Ukraine via Vladimir Trendafilovski

Aviation elements from Derzhavna Prykordonna Sluzhba Ukrayiny (DPSU, State Border Guard Service of Ukraine) and all three ZSU services were actively involved in support of the tests – including in the process of monitoring the closed-off portion of the Black Sea used by the test range and tracking the ASMs during their flight. The most prominent participant was undoubtedly a pair of modernised Su-27 Flanker fighters of Povitryani Syly (PS, Ukrainian Air Force) – provided by 831 Brihada Taktichnoyi Aviatsiyi (brTA, Tactical Aviation Brigade) from Myrhorod airbase.

Since 2019, when the ASM entered the advanced stage of testing, this pair was used as chase planes. The choice of the highly-manoeuvrable Su-27 for the task does not come as a surprise since the ASM flies at high subsonic speeds. The pair operated from Shkil’nyy military apron at Odesa International Airport – where a QRA detachment of Su-27s of 831 brTA tasked with defending southern Ukraine is also based.

Generally, both aircraft took off simultaneously – within 15 minutes of the scheduled launch in order to arrive over the test range on time. They followed and filmed the ASM from launch until hitting the target, including in the last leg of the flight – when it descends to as low as 16ft (5m) above the sea surface. One of the Su-27s usually flew at a constant distance off its starboard side while the other one actively manoeuvred around it – sometimes at very close distance. The average speed of the missiles was 968kph.

Stills from a video taken from the other Su-27 chase plane shows Su-27UB1M - serial ’67 Blue’ - of 831 brTA tailing and filming the R-360 missile in flight – including in the terminal part of the flight. This was taken during one of the test firings in late 2019. Ukraine Air Force via Vladimir Trendafilovski

It should be noted that on May 29, the same pair took off at 0930hrs local time to conduct a training sortie with the two USAF B-1B Lancer bombers of the 28th Bomb Wing at Ellsworth Air Force Base in South Dakota that were on a Bomber Task Force mission over Europe. The pair took over their escort from a pair of Su-27s from 9 brTA at Ozerne and a pair of MiG-29s from 114 brTA at Ivano-Frankivsk, which landed at Odesa and Kul’bakino, respectively. Immediately after returning from this sortie, the pair was refuelled and took off again at 1100hrs local time, taking up their role as chase planes over the Alibey test range.