QualityWings has released Service Pack 3 (Version 1.3.0) for the Ultimate 787 Collection. 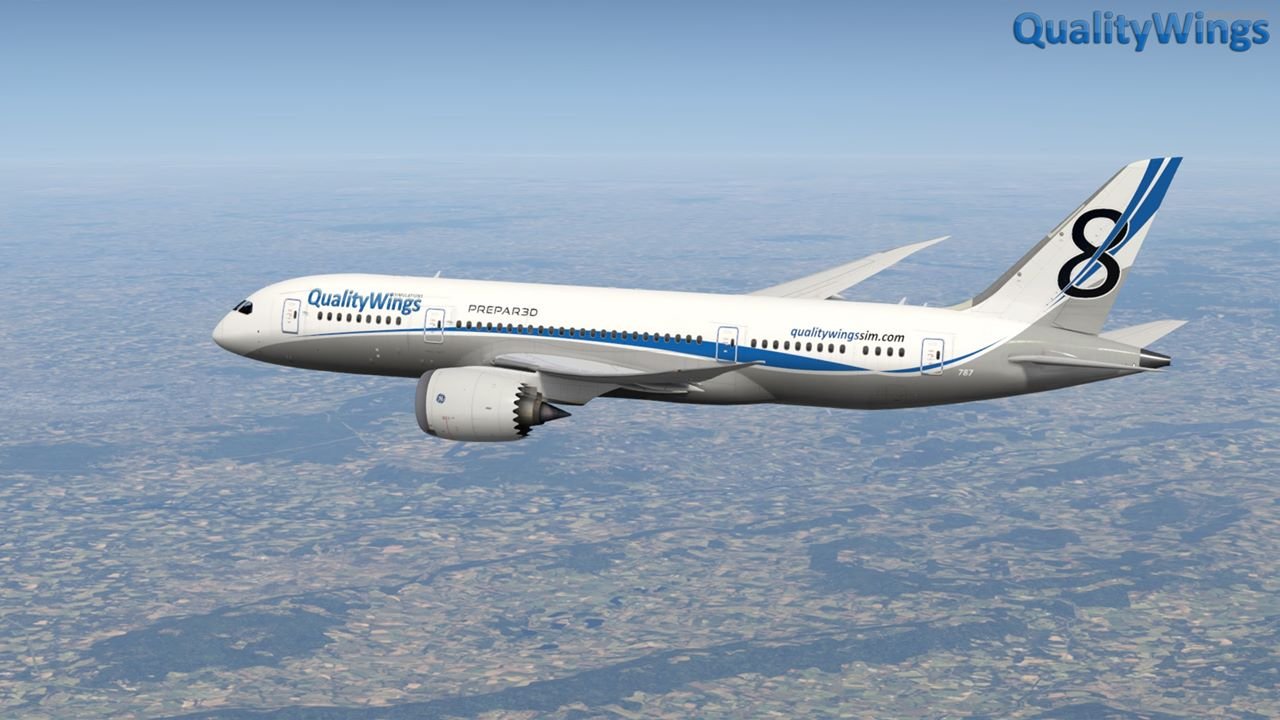 One of the main features of the update are support for Prepar3D v5 and the EFB (Electronic Flight Bag) now includes the option to show Navigraph Charts for Navigraph subscribers. Furthermore, the service pack lays the foundation for FS2Crew, which will be made available as a separate add-on. The aim of the FS2Crew series is to let users simulate multi-crew flying in a SOP-driven airline environment. Find out more on www.fs2crew.com.

The new installers will now support Prepar3D v5 as well as ActiveSkyP3D. Please note that for this new platform, the 787 comes with BETA versions of TrueGlass and RealLight. You may experience problems with flickering or corrupted textures when reloading the plane. A permanent fix is currently in the works. As soon as a solution is available, an update will be provided.

Besides various bug fixes, a lot of work has gone into improving the HUD. For instance, you will now see the “Brake Deceleration Scale” after landing. This unique 787 feature gives you a reference for your rate of deceleration in relation to your autobrake setting. If you already have the Ultimate 787 for Prepar3Dv4 the v5 comes free of charge.

Finally, QualityWings said the Ultimate 757 and 146 Collections will be updated for P3Dv5 within the next weeks.