The Portuguese autonomous region of Madeira is 400 miles west of the African coast of Morocco and 105 miles (165km) northwest of the Spanish Canary Islands.

Comprising five main land masses, the largest is Madeira Island, covering 309sq miles (801km²). The islands are served by two gateways, the larger being Funchal/Cristiano Ronaldo and the other Porto Santo, situated on the island of the same name, which predominantly hosts seasonal flights. It is the former which is known for its windy approaches as seen by millions through viral videos. 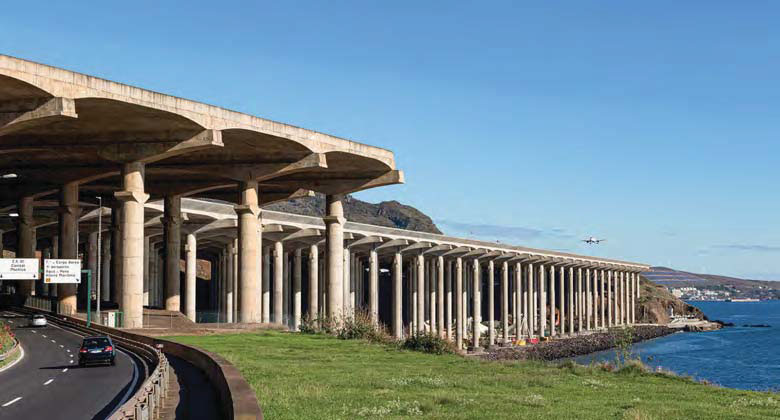 The airfield’s runway extension is often described as looking like a bridge.
AVSTOCK/NELSON SOUSA