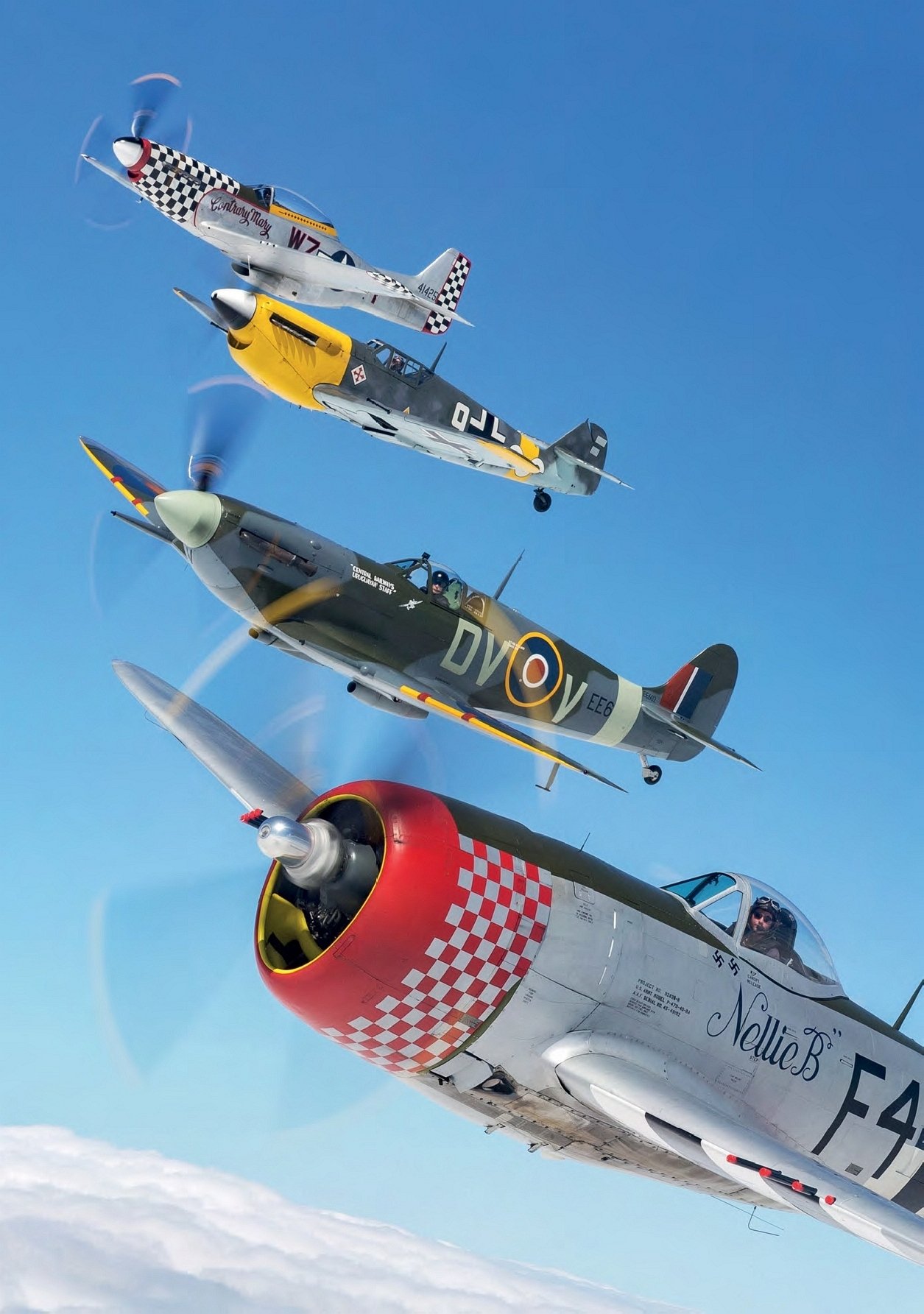 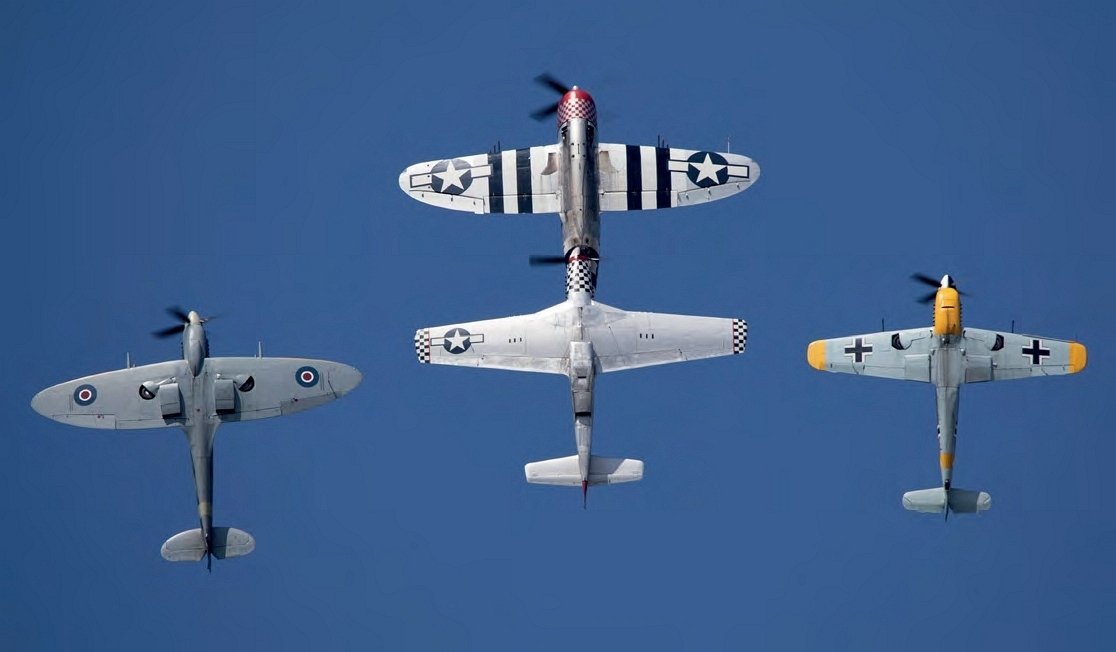 Having the P-47 in the lead avoids the need for excessive power adjustments on its Pratt & Whitney R-2800 engine, the Merlins in the other three aircraft being more tolerant of throttle changes. BEN DUNNELL

As far as I’m concerned, putting four dissimilar fighters up together is touching on the holy grail of warbird flying”. Jon Gowdy, leader of the Ultimate Fighters display team, knows the significance of this new endeavour. Inevitably there will be comparisons with certain great teams that have gone before, but this recently formed four-ship outfit is already forging a reputation all of its own.