Last year, proved to be a challenging one for Russia’s rotorcraft industry, with declining sales, deliveries, revenues and orders, but 2017 is set to be even more challenging, as customer demand is expected to remain weak in the near to mid-term. 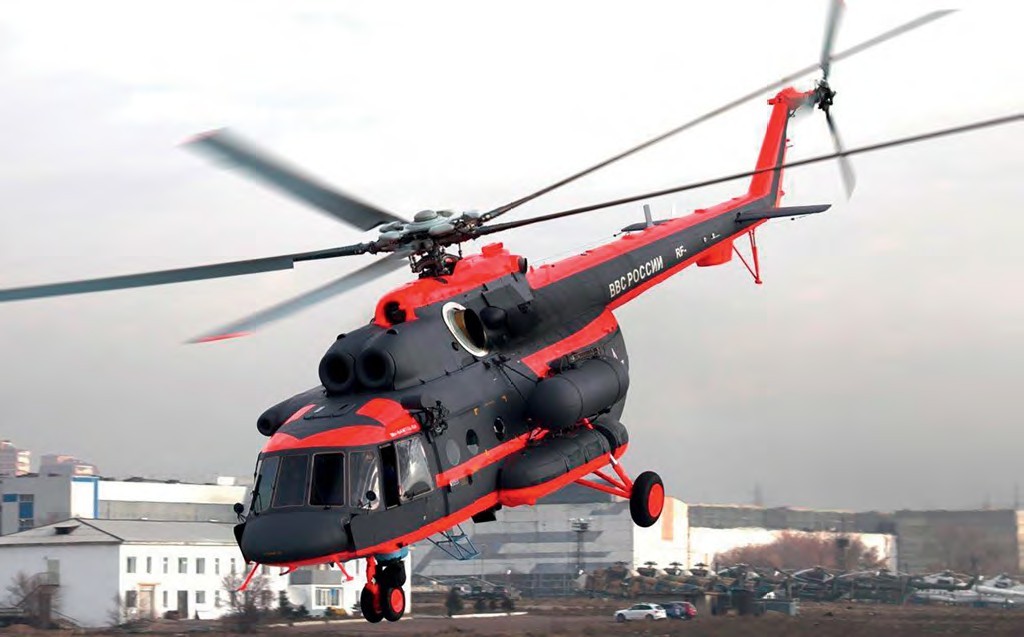 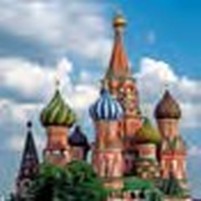 There is a serious degree of uncertainty over the future of Russian Helicopters’ business. The domestic military, the main customer for its products, is set to complete a ten-year, large-scale acquisition programme in 2020, and a crisis in the completion of the development and certification efforts for new helicopters is failing to make these types commercially attractive.

State-controlled Russian Helicopters is the umbrella company set up in 2007 to act as the managing body of the country’s mighty rotorcraft industry. In its current form, the holding’s backbone comprises two design bureaux – Kamov and Mil Moscow Helicopter Plant – in addition to one newly established engineering centre, five large manufacturing plants and six maintenance, repair and overhaul (MRO) plants. In total, 46 companies are controlled by the umbrella company, with over 46,000 personnel.

The booming business in the first half of the decade was a direct result of the large-scale rotorcraft procurement of the Russian military, combined with large export orders placed by India, China, the United States (for the Afghan military), Algeria, Peru, Egypt and Iraq. While 2012 was the most successful year for Russian Helicopters, with 290 deliveries by the five plants in Arsenyev, Rostov-on-Don, Kumertual, Kazan and Ulan-Ude, since then the figure has seen a gradual fall.

In 2016, 198 new helicopters were shipped to 13 different countries. This was the lowest number of deliveries this decade so far; in 2011, the figure was 262, 290 in 2012, 275 in 2013, 271 in 2014 and 212 in 2015. The official explanation for the decline, according to Russian Helicopters’ recently appointed new Chief Executive Officer Andrey Boginsky, is that this has been a consequence of the ongoing stagnation of the global helicopter market, which led to reduced demand.

In 2016, China remained the biggest customer for Russian-made civilian helicopter models, with one Mi-26TC, five Ka-32A11BCs and two Mi-171E deliveries. Iraq emerged as the most important customer for military models, with ten Mi- 28N and three Mi-35M deliveries, closely followed by Algeria with two Mi-26T2s and six Mi-28NEs.

Total revenues last year amounted to RUB214.3 billion, which represents a 2.5% decrease from the 2015 figure. Of this, 77%, amounting to RUB165.7 billion, was generated from the sales of new helicopters, while RUB45.5 billion came from the sales of spare parts, various MRO services, upgrades, training and technical publications. The earnings before income taxes, depreciation and amortisation (EBITDA) amounted to RUB40.9 billion, while the EBITDA margin was 19%.

The profit was RUB16.204 billion, a 61% slump compared to the 2015 results. The after-sales services business was the only growth area last year, with an 18.5% increase in profits to RUB45.4 billion and big prospects for further growth in the near term.

As of January 1, 2017, Russian Helicopters’ firm order book comprised 396 new helicopters at a total price of RUB466 billion and the annual production plan at all five plants has been assured at 100% with these firm orders.

The Hip is produced at two plants, at Kazan Helicopters (Mi-8MTV-1, Mi-8MVT-5 and Mi-17V-5) and the Ulan-Ude Aviation Plant (Mi-8AMT, Mi-8AMTSh, Mi-171E and Mi-171Sh), which delivered 65 and 64 examples respectively. (These are estimated figures, as no official delivery statistics type by type have been revealed so far.) Most of these machines went to military customers worldwide.

Unlike the recent past, there are no big export orders at present at either plant and the production tempo is sustained thanks to many small orders from foreign customers, plus a moderate number for domestic military and government customers.

The only big prospect is the Indian military order for 48 Mi-17V-5s, expected to be placed this year, priced at about $1 billion. This order will improve Kazan Helicopters’ 2018 and 2019 production prospects. The company’s civil business in 2017 relies upon the order for ten Mi-8MTV-1s for the Russian aircraft lessor GTLK placed in December 2016, while the military deliveries will number about 20 Hips for the Russian Ministry of Defence (MoD) plus half a dozen for other government rotorcraft operators. GTLK also ordered six of the new Ansat light twins in a helicopter emergency medical services configuration, while the Russian MoD is to order ten more to be built in the Ansat-U military version and slated for delivery from November 2017.

Despite the reduced demand and the emergence of new models, the Mi-8/ Mi-17/Mi-171 family will continue to be Russian Helicopters’ best-selling model until the mid-2020s at the earliest, granting the mid-term future of both Kazan Helicopters and the Ulan-Ude Aviation Plant. 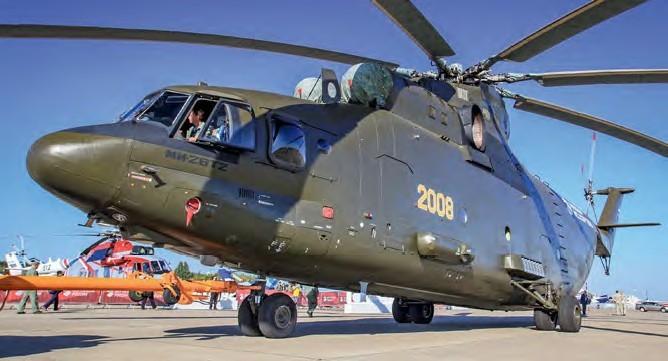 The Mi-26T2 upgrade has attracted attention from military customers only, with Algeria and Jordan ordering the type, while a Russian military order for the new helicopter is expected in 2018.
Alexander Mladenov

The Mi-8/Mi-17/Mi-171 family is set to be complemented by the all-new Mi-38 and the Mi-171A2 upgrade. The market prospects for these untried and presumably rather expensive new helicopters, however, look grim. There has not been any serious and articulated commercial interest in the Mi-38 and Mi- 171A2. The development and certification programmes have suffered from delays and the future of both types would depend solely on interest from the Russian MoD, which is expected to place small-scale initial production orders. This would enable the launch of production with deliveries in 2018 or 2019. Prospective customers for the Mi-38 and Mi-171A2 in the longer term could also include the all-powerful Federal Security Service and the Federal Protection Service, which as a rule have generous budgets for buying new Russianmade aircraft.

However, the big Russian commercial rotorcraft operators are facing a crisis, due to the reduced demand for air transportation services in the domestic oil and gas industry caused by the low oil prices and the general economic turmoil in the country. Consequently, operators in this sector are not interested at all in equipping their fleets with newly built helicopters for passenger transport in the Mi-38 and Mi-171A2 classes. Instead, according to the latest news from Russia, the big operators working for the country’s oil and gas industry have decided to go for yet another low-risk derivative of the Mi-8 family, equipped with newgeneration avionics and delivered in a combi configuration for passenger and cargo transport. Ulan-Ude Aviation Plant and state-owned Rosneft (the biggest oil exploration company in Russia) are reported to have agreed in late 2016 on the new Mi-8AMT configuration to be ordered in the foreseeable future by the big rotorcraft operators serving the Russian oil and gas industry.

The Ansat light twin is the big hope for a breakthrough in the civil market, mainly for helicopter emergency medical services and VIP roles, as it is described as very competitive in price compared to Western models in the same weight class.
Alexander Mladenov