The most famous Victoria Cross awarded to a member of the RAF is the star of an exciting new exhibition at The Collection Museum in Lincoln. FlyPast editor Chris Clifford reports 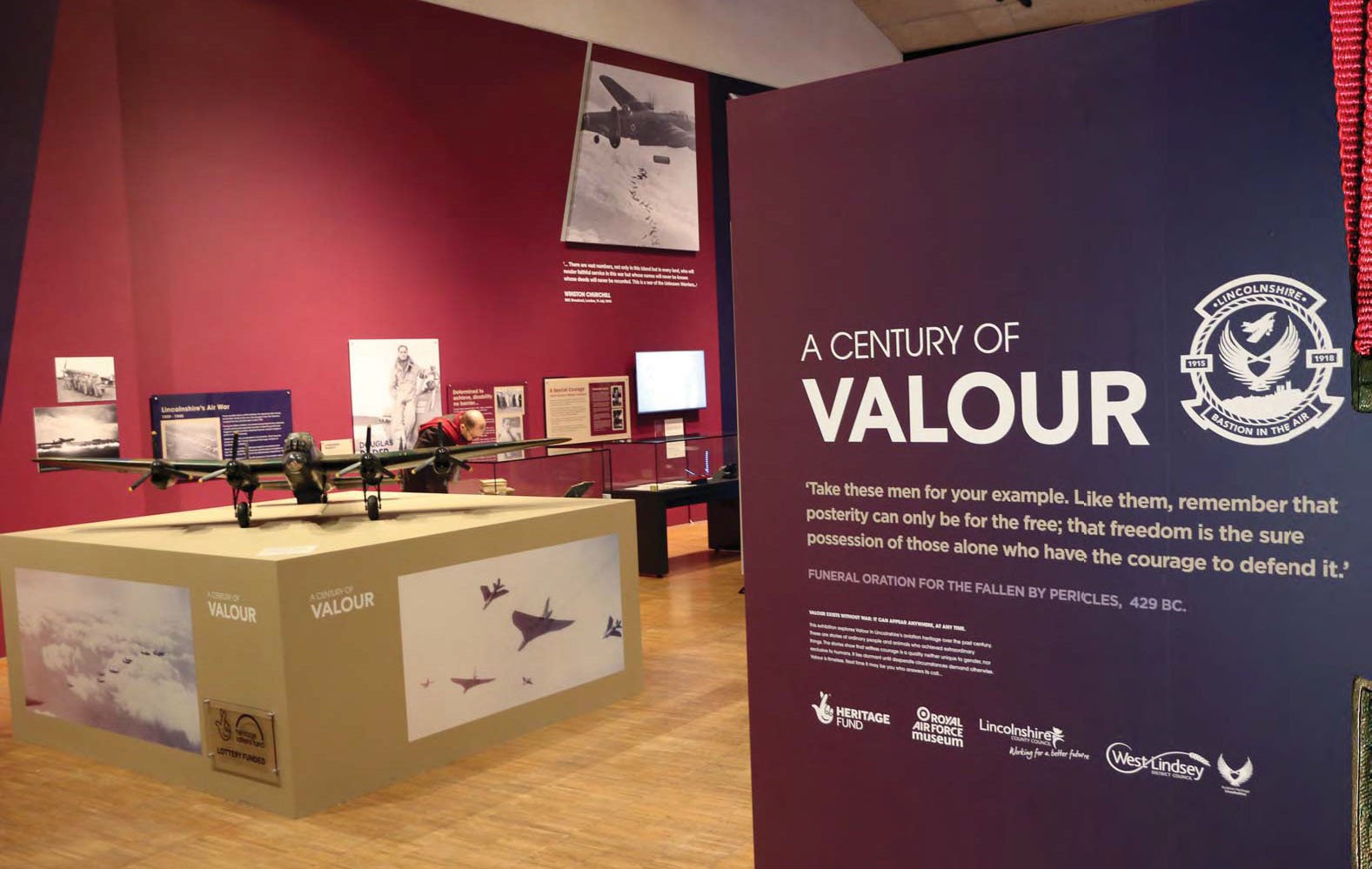 A Century of Valour at Lincoln’s The Collection Museum offers a wealth of aviation history and tales of bravery in the air and on the ground.
ALL KEY-JAMIE EWAN UNLESS STATED

Seeing the Victoria Cross (VC) awarded to Wg Cdr Guy Gibson, leader famous ‘Dambusters’ raids that targeted the Möhne, Edersee and Sorpe dams with bouncing bombs in 1943, was always going to be a stirring proposition. This is the first time Gibson’s VC has returned to Lincolnshire since his death in 1944, and it has only been displayed publicly three times since, in London. In an inspired move, though, the 617 Squadron leader’s uniform ‘wings’ were flown in an RAF Eurofighter Typhoon directly over Lincoln to mark the launch of the exhibition A Century of Valour on January 24. The show is housed in the city’s The Collection Museum, and knowing that Gibson’s wings were flying overhead made the occasion even more emotive.