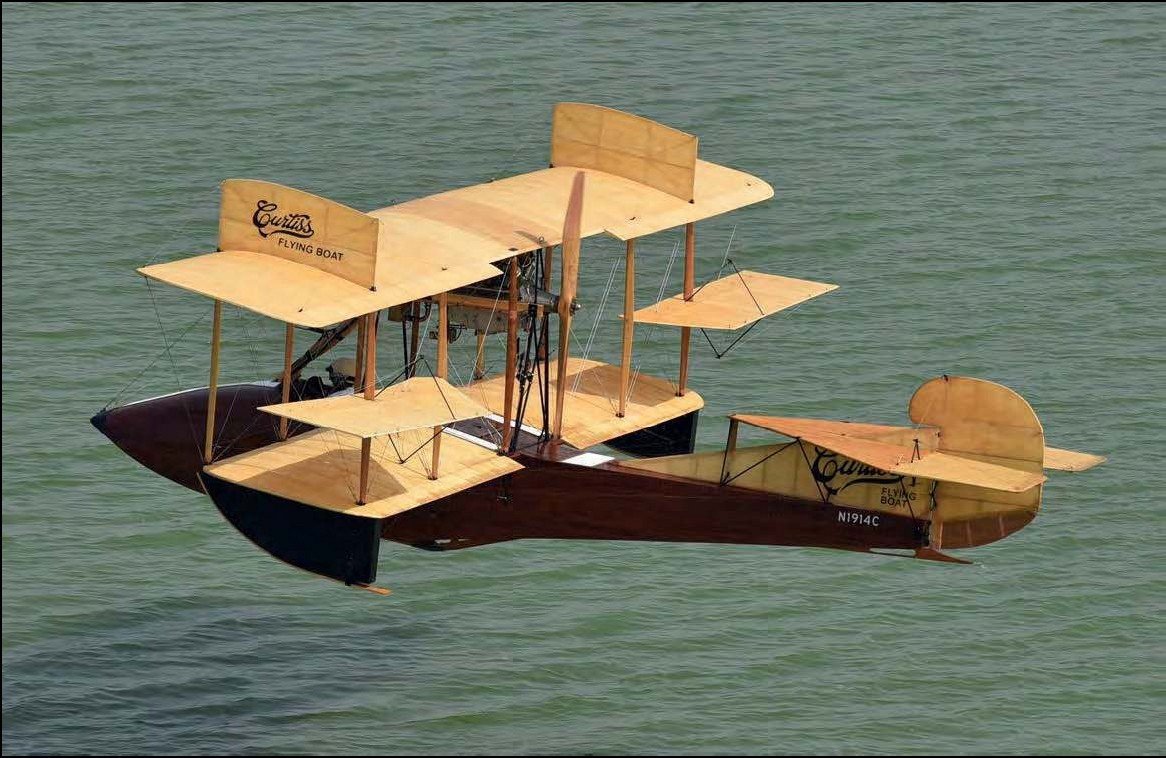 More than 150 Model Fs were built by Curtiss at Hammondsport, New York, and the type was thought to be extinct until the remains of c/n 219 were discovered in the rafters of a building in New Haven, Connecticut. The parts — which included all the tail surfaces, one aileron, the wing struts, the whole of the flight control system, and the original Curtiss Aeroplane Company F Boat data plate — were acquired by the Collings Foundation from Stow, Massachusetts and William Nutt of Key Largo, Florida during 2016, and the rebuild began in September 2016.

Curtiss factory drawings and hull plans were acquired before construction of a new hull began, the structure being of spruce with a covering of thick African mahogany planking, which is screwed on. A Curtiss OX-5 V8 engine, as originally…fitted to the Model F, was acquired and overhauled by Century Aviation.

The maiden flight saw the Curtiss fly at about 50ft over the water for about a quarter of a mile before landing. Two more test hops were made before it was removed from the lake. The Model F will be on display at the Glenn Curtiss Aviation Museum in Hammondsport until late September. After appearing at the Ocean Reef Club Vintage Weekend at Key Largo from 29 November-2 December it will be transported to the Collings Foundation’s new American Heritage Museum at Stow where it will go on display.