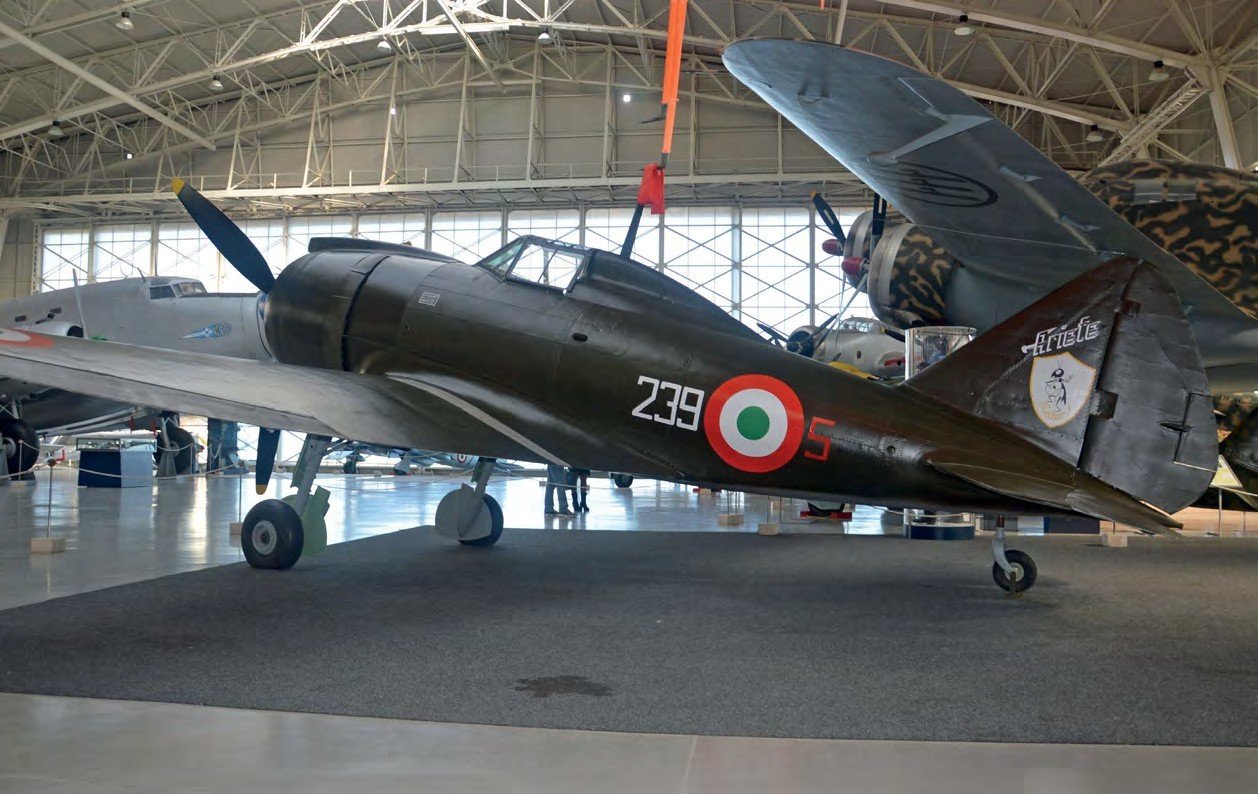 The Reggiane Re 2002 at Vigna di Valle in the markings of the 239ª Squadriglia, part of the Italian Co-Belligerent Air Force after the September 1943 armistice.
GREGORY ALEGI

On 12 October, the Italian Air Force Museum at Vigna di Valle celebrated the 40th anniversary of its inauguration with a formal ceremony attended by the Minister of Defence Roberta Pinotti and the chiefs of the country’s defence and air staffs. The highlight was the unveiling of the world’s sole complete Reggiane Re 2002 Ariete, painted to represent an aircraft serving with the Regia Aeronautica’s 239ª Squadriglia after the September 1943 armistice. The aircraft was prepared for exhibition by Celin Avio, in the last in a series of intermittent restoration attempts.

Re 2002 c/n 126, which now carries the serial MM8669, is thought to have first flown in late July 1943 and served briefly with the Regia Aeronautica before being requisitioned by the Germans. In the late 1960s the incomplete fuselage and a wing were recovered from the University of Bologna and loaned to the Caproni Museum, and during the early 1980s the kit of parts moved to Reggio Emilia, where the fuselage was reskinned. A decade later it travelled to Vigna di Valle, with a Piaggio PXIX engine and mount, and then to Lecce. In 2014 the Ariete moved to Celin Avio, which assembled the port wing from spars built by the Feltrinelli technical school in Milan.

While the fighter-bomber conveys an overall impression of power, the recently added items are largely mock-ups, and the interior is bare. Staff have privately conceded that much work is required to bring the Reggiane up to the standard of recent museum restorations, but no timescale has been announced for this. Gregory Alegi