The unknown aviation economy worth £14m

Ever wondered why some airlines can operate cheap flights to obscure destinations and still make a profit? It’s because there’s a relatively unknown aspect of the aviation industry helping them do it…

For an airline to make a profit, a flight must reach a certain load factor. Each carrier has its own break-even point based upon its cost base, which usually consists of both fixed and variable expenses.

The International Air Transport Association (IATA) estimates that the average break-even point for European carriers is around 79%. Very simply, this means that more than 79% of seats must be filled for an operator to make a profit. 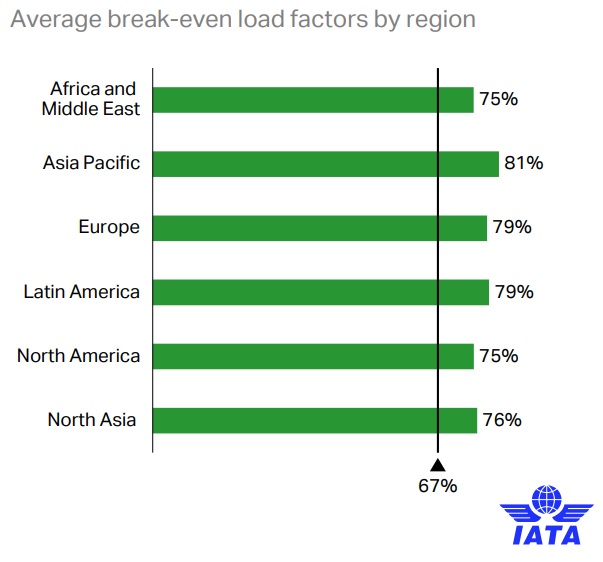 For high demand connections like London-Edinburgh this shouldn’t be a problem to achieve on every flight, but what about routes with relatively low demand like Glasgow-Barra in the Outer Hebrides of Scotland? If standard free-market economics were left to do its thing, the route probably wouldn’t exist, and if it did, the cost of a ticket would be astronomical.

Therefore, this service – along with 21 others in the UK – are designated as Public Service Obligations (PSO). This means they have been identified by local governments as being of vital importance to the people who live and work in the areas they serve. 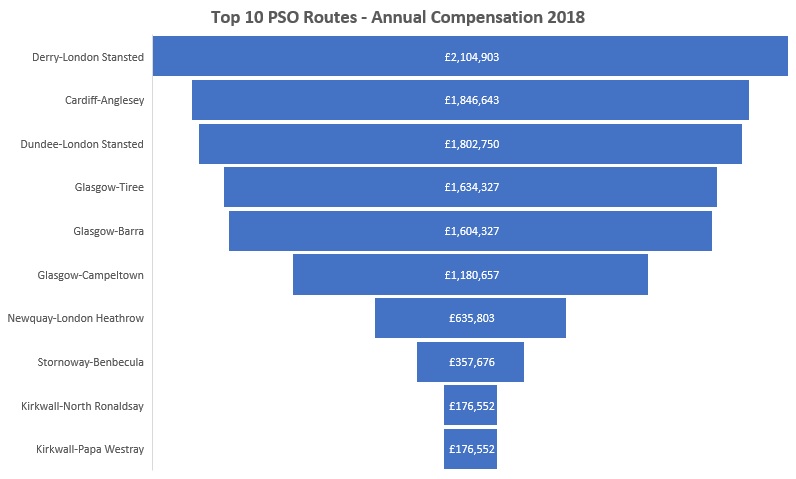 PSO routes mainly exist because they would be financially unviable for airlines to operate. A tender process is followed once the government has approved the connections and a specific carrier is selected to then operate the services. The role of the PSO is then to compensate the firm to ensure that it still makes a “reasonable profit” from the route.

International flights are generally not supported for the PSO scheme mainly because the idea of the programme is to connect citizens of a country to the rest of their nation.

One of the largest examples in the UK is the Cardiff to Anglesey link operated by Eastern Airways. During 2018, the total compensation received was around £1.84m, which can be broken down to around £103 per passenger, per flight.

The importance of this route cannot be overstated – it connects North and South Wales and is a faster alternative to driving. At a return ticket price of £37, the amount needed to make a profit is then topped up by the government to ensure this connection can be affordable for those who need to use it.

At the other end of the spectrum, some services have so few people using them, that the per passenger government contribution is quite large. For example, the Tingwall to Fair Isle route had a per passenger contribution of £956 during 2018.

More recently, PSO routes have come to light following the collapse of Flybe, which operated the Newquay to London/Heathrow service. UK flag carrier British Airways stepped up to provide the service under the PSO regulations and was granted an emergency contract by the local council, worth £877,596 excluding VAT, to operate services to the Cornwall town over a seven-month period.

The difference between this and typical PSOs is that they will be paid this money even if the flights are profitable. Contributions are usually only made if a “reasonable profit has not been generated.

The total amount of compensation for all 22 of the UK PSO routes totalled £14m in 2018.

Much like the Essential Air Service (EAS) programme in the United States, Public Service Obligation routes are a vital lifeline to the many people living in rural parts of the UK where the population size doesn’t warrant an air service.

Without funding, very few of these connections would survive.