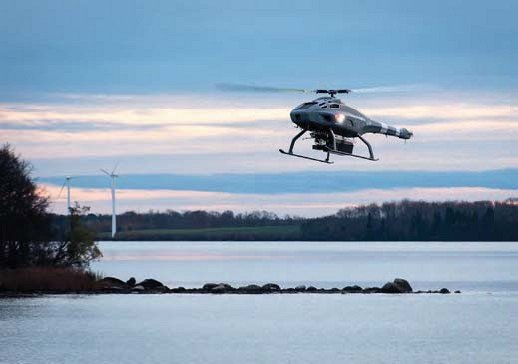 A year-long trial is underway in southeast England into how small UAVs might assist coastal SAR. The trial involves the HM Coastguard and the Royal National Lifeboat Institution (RNLI), with Essex Police’s Drone Unit providing the unmanned systems and their operators.

The UK Maritime and Coastguard Agency says the UAVs will support HM Coastguard and RNLI teams in casualty searches in hazardous locations, helping to direct rescue and lifeboat crews and emergency services to risk assess situations before deploying personnel to the scene.

A Maritime and Coastguard Agency (MCA) spokesperson told AIR International: “When an incident occurs, the Coastguard Operations Centre at Dover and local a Coastguard Rescue team leader will assess whether drone assistance would be beneficial. If it is, we’ll contact the Essex Police drone team and request their services. Essex will respond, subject to operational conditions such as weather [and] operating hours.”

The trial will inform the MCA and RNLI’s continued exploration of how UAVs could assist their activities. Will Roberts, RNLI Senior Innovation Manager, said: “The increased situational awareness that drones provide could play a significant role in helping us locate casualties as quickly as possible.” Mark Broadbent

Camcopter S-100 bound for the Arctic 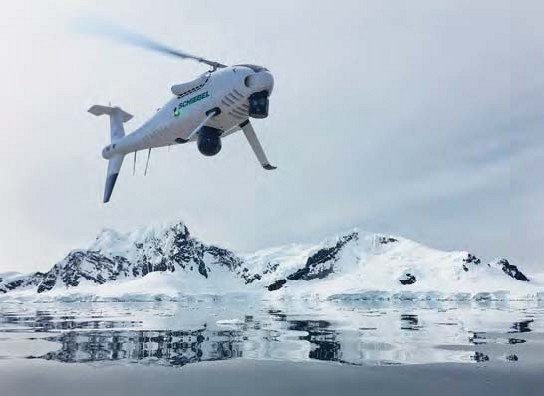 The Arctic is an upcoming test location for the Schiebel Camcopter S-100.
Schiebel

The Schiebel Camcopter S-100 will conduct SAR trials in the Arctic after Norway’s Andøya Test Center (ATC) selected the system for its Arctic 2030 project to demonstrate how a vertical take-off and landing unmanned system might increase maritime safety in the region.

Tests are scheduled to begin this autumn, with the system to be deployed from Norwegian Coast Guard vessels in Andfjorden, northern Norway. More operations are planned in Spitsbergen in the spring of 2020.

For the ATC trial, the Camcopter S-100 will be equipped with an electro-optical/infrared camera gimbal, an Overwatch Imaging PT-8 Oceanwatch payload, an automatic identification system receiver and a Radionor Maritime Broadband Radio.

Schiebel said: “Such a combination of payloads is intended to strengthen emergency preparedness in the region and provide search and rescue mission support.”

The trial, an extension of an earlier demonstration of the Camcopter S-100 in Norway in 2017, adds to a list of other operational trials of the system in recent years with both military and commercial operators in the maritime domain, which included icebreaker operations in Canada.

Schiebel said the Camcopter S-100’s six hours’ endurance and its ability simultaneously to carry multiple payloads, fly in temperatures down to -40°C (-40oF) and operate without additional start or recovery equipment makes it ideal for operating from offshore patrol vessels used in the Arctic.

The UK Defence and Security Accelerator (DASA) has awarded £2.5 million to a project managed by the Defence Science and Technology Laboratory to explore ‘drone swarm’ technology.

A consortium of Blue Bear Systems Research, IQHQ, Plextex, Airbus and the University of Durham will develop new small unmanned air vehicles in the UK and undertake what DASA calls “an 18-month integration concept evaluation”, culminating in live flight demonstrations to the UK military.

A DASA statement said the project will deploy autonomy, machine learning and artificial intelligence to enable, “very complex swarm-based missions to be performed simultaneously against single or multiple targets in a time sensitive and highly effective manner”.

The research is part of a £31 million investment in small UAVs by DASA, which is itself part of a £160 million fund to develop what the MoD calls “swarm squadrons of network-enabled drones capable of confusing and overwhelming enemy air defences”. Mark Broadbent 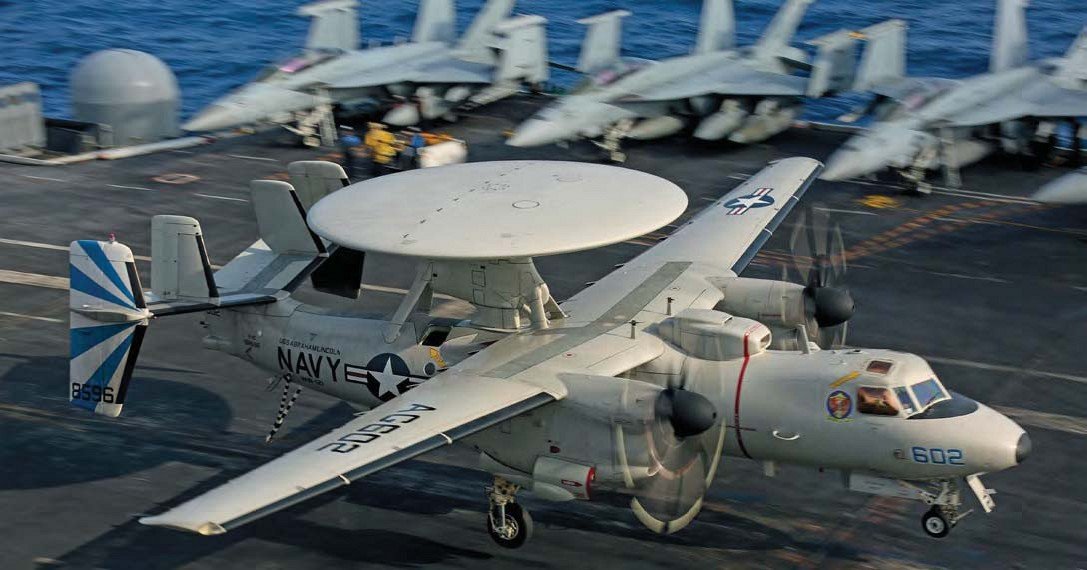 The company announced the multi-year contract, which also includes an option for nine aircraft for foreign military sales customers, on April 11, 2019. The 24 full-rate production aircraft for the US Navy included in the five-year contract are expected to be completed in August 2026.

The contract covers production lots seven through eleven, which will be delivered from Northrop Grumman’s Advanced Hawkeye final assembly line in Melbourne, Florida.

Northrop Grumman Vice President and Integrated Product Team Leader, Manned Airborne Surveillance Programmes, Jane Bishop, said: “This aircraft continues to demonstrate its strategic value to our warfighters with early warning command and control. With this contract, we’ll continue production of these highly specialised aircraft, while delivering innovative solutions that outpace advancing threats over the life of the fleet.”

L3 Technologies announced on April 9, 2019, that it has been awarded a contract valued at more than $1 billion, for the supply of four MC-55A Peregrine aircraft to the Royal Australian Air Force (RAAF). The MC-55A is based on the commercial Gulfstream G550 business aircraft and is being acquired by the RAAF under its Project Air 555 Phase 1.

L3 Technologies is modifying the four aircraft at its facility in Greenville, Texas with an integrated mission system, which it says will provide the RAAF with a “next generation airborne electronic warfare (EW) capability”.

The company said it began work on the programme in 2017 and has been awarded $700 million against the contract as of March 29, 2019. Christopher Kubasik, L3 Chairman, CEO and President said: “Our mission solution and electronic warfare capabilities are highly sought after by our allies.

As business jets are increasingly utilised for EW purposes, we have invested in miniaturising our capabilities to deliver new resources for our customers.

Australia is a very important market for L3 and we look forward to a long and productive partnership with the RAAF and the local supplier base, in support of the Peregrine programme.”

Jeff Miller, L3 Corporate Senior Vice President and President of the company’s ISR Systems segment said: “This capability will greatly strengthen the RAAF’s goal to becoming a fully-networked fifth generation air force and considerably enhance their global effect on peacekeeping and humanitarian operations. It will serve as a critical link between air, land and sea assets to provide airborne electronic warfare support to Commonwealth and allied warfighters in complex operating environments.”

Eighth P-8A for the RAAF

The RAAF is receiving 12 Poseidons under Project Air 7000 Phase 2B and the government’s 2016 Defence White Paper has also forecast the possibility of three more, to be acquired in the middle of the next decade.

Pyne said: “Aircraft eight has been identified as the RAAF’s long-term fatigue management aircraft and is fitted with a raft of diagnostic equipment to allow the RAAF to collect useful data to analyse the life of the aircraft and identify what can be done to sustain it further.” Nigel Pittaway